You are here: Home / Motorsport / 2019 / Thrills for thousands in UK first low carbon rally in Wales 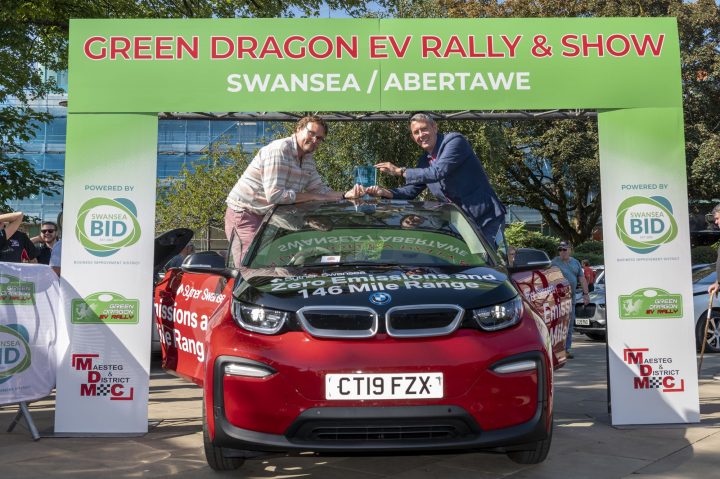 Thousands of shoppers, holidaymakers and sports enthusiasts saw some of the world’s most advanced cars in Swansea at the weekend for Britain’s first exclusively low carbon rally,  writes Robin Roberts.

Fuel cell models lined up with a wide range of battery electric vehicles from nearly every manufacturer selling in Britain to compete in the Green Dragon EV Rally and Show.

Streets around Castle Square were filled with examples of the latest ev cars and competition cars together with demonstrations of electric trials bikes and high performance electric racing bikes which have lapped the Isle of Man TT Course, along with an Aston Martin Rapide e and the e Rally Zoe, the UK’s first homologated rally car. See below link to images.

There was a special Future is Electric  Forum at the Dylan Thomas Centre before the event  with expert speakers on electric and hydrogen vehicles. 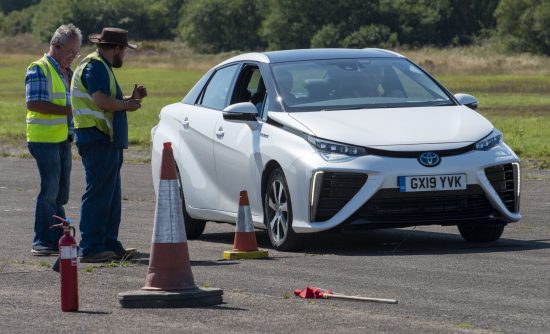 On saturday the event’s action began in Swansea City Centre before touring around Gower Peninsula and autotests at Swansea Airport, Fairwood, and finishing in Castle Square, Swansea infront of hundreds of shoppers.

The autotests decided the winner of the inaugural Grove Trophy, commissioned to mark the contribution of the Swansea academic Sir William Robert Grove, who created the fuel cell in Swansea in the 1840s. 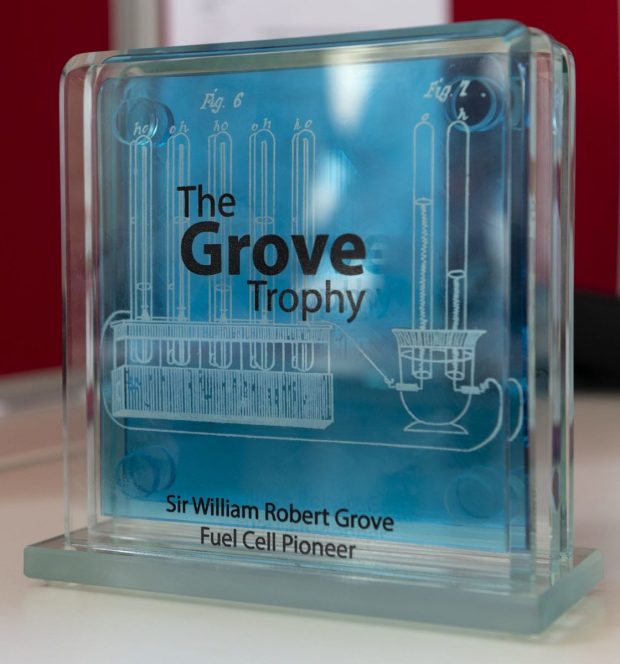 That went to University of  Wales Trinity Saint David transport lecturer Mark Sandford driving a BMW i3 from BMW Sytner, Swansea. He received the specially commissioned and designed trophy from Prof Ian Walsh, head of UWTSD faculty of art and design. 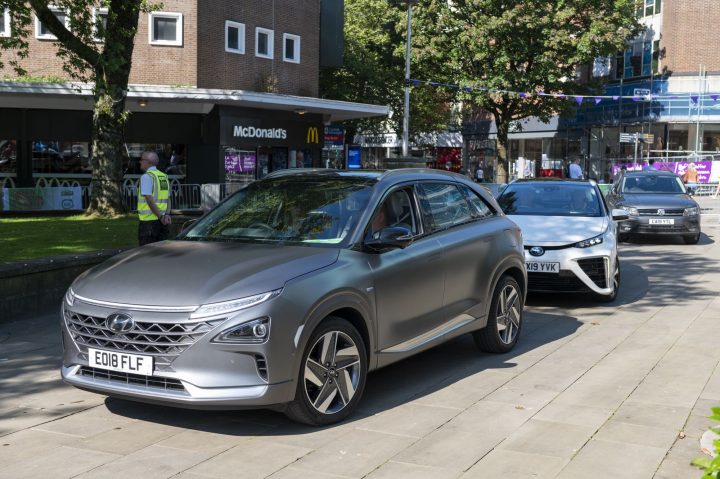 The podium was completed by Elen Worthington, a British auto-sprint champion in a Hyundai Nexo, with just two seconds covering the three cars.

Accepting the trophy, Mark Sandford said, “I think I had the ideal car for the tests with its very tight turning circle and there was still a lot of range left in the car after nearly 60 miles and some performance driving at the autotests.”

The event was promoted by the Low Carbon MC and organised by Maesteg MC with support from Swansea Business Improvement District, Swansea City and County Council, Swansea Airport and the Welsh Automotive Forum.