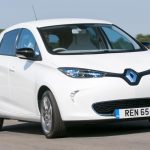 Used electric cars are bucking industry trends by appreciating — rather than depreciating — in value, according to the UK’s fastest-growing automotive shopping site, CarGurus. Every day, CarGurus analyses millions of data points on hundreds of thousands of UK used car listings to calculate each car’s Instant Market Value (IMV) or fair retail price. Using this data, CarGurus examined prices for … END_OF_DOCUMENT_TOKEN_TO_BE_REPLACED 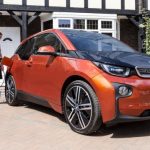 With the increasing popularity of electric vehicles, automotive data experts cap hpi has compiled a select list of vehicles worthy of driver consideration. Senior valuations editor Chris Plumb has identified five EVs that not only perform well but also represent excellent value for money, making them a hot prospect for motorists looking to buy and potentially enter the EV market for the first … END_OF_DOCUMENT_TOKEN_TO_BE_REPLACED 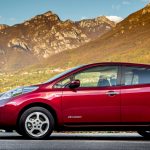 Demand for small used electric vehicles is soaring with some models rising in value. Experts at automotive data company cap hpi say some owners could buy an electric car, run it for 12 months and make a profit on it when sold. A combination of factors including the rollout of clean air zones, cheaper running costs, increased charging points, incentives to drive and wider availability from … END_OF_DOCUMENT_TOKEN_TO_BE_REPLACED

The number of motorists ditching vehicles in Wales has increased by more than 200% in five years, as the region has become a scrapyard for abandoned cars. Details obtained by Confused.com through Freedom of Information requests to local authorities in Wales reveals 466 abandoned vehicles were removed by councils in 2017/18 – that’s one car per day on average, at a cost of £30,793. Delaying … END_OF_DOCUMENT_TOKEN_TO_BE_REPLACED 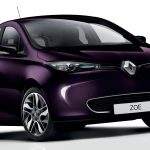 Pricing and UK specification has been announced for the latest Renault ZOE. Starting from £18,420 including Plug In Car Grant but excluding battery rental, the latest version of Europe’s best-selling EV now features the new R110 electric motor offering increased power but still with the same 186-mile real-world range and deliveries are expected in late summer. New three-model Fiesta Active … END_OF_DOCUMENT_TOKEN_TO_BE_REPLACED 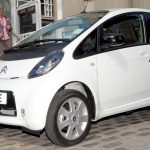 As interest in the electric vehicle sector  continues to grow, the latest analysis from automotive data experts cap hpi looks at the total cost of ownership (TCO) to reveal the EV cars with the lowest motoring costs. The analysis looksed at used EVs for those motorists thinking of making a switch to an alternative fuel type from petrol or diesel. Once all the servicing, fuel and other motoring … END_OF_DOCUMENT_TOKEN_TO_BE_REPLACED

Honda will develop electric and plug-in hybrid models by 2020, it has told Autocar magazine. It’s also looking at a new 1.0 litre engine for smallest models in its drive to push down overall emissions for its ranges. Cars without steering wheels will be allowed on some US roads. Highly autonomous vehicles (HAV) without a steering wheel will be trialled on public roads in Michegan as the … END_OF_DOCUMENT_TOKEN_TO_BE_REPLACED

Hybrids are likely to be a passing phase in car technology that will be surpassed by electric vehicles in a matter of a few years, predicts Glass’s. The vehicle data provider says that EV technology is advancing so quickly that a new hybrid vehicle being bought today could be effectively obsolete by the time it reaches the end of its normal life. Rupert Pontin, director of valuations, said, … END_OF_DOCUMENT_TOKEN_TO_BE_REPLACED 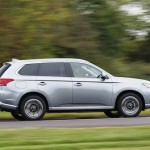 Europe will see more than half a million electric vehicles on its roads by the end of 2016, says a report by Transport & Environment (T&E) . In three years the EV fleet on European roads has risen from 100,000 to almost 200,000 by 2014, and almost doubled again last year and is on course to end the year at 600,000 at current rates of acquisition in the European Free Trade … END_OF_DOCUMENT_TOKEN_TO_BE_REPLACED 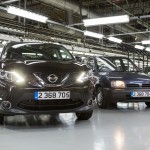 Nissan has now built more Qashqais than any other car in its three decades of manufacturing in Europe. Production at the Sunderland factory has surpassed the previous highest single-name manufacturing total of 2,368,704 Micras, also made in the UK until recently. Motorists can expect travel disruption in Cardiff City centre from 21-29 March. Preparations for and the staging of the World … END_OF_DOCUMENT_TOKEN_TO_BE_REPLACED