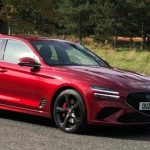 The arrival of the Genesis brand marks a new beginning in the motor trade but with the old fashioned value of  personal service behind it.Head of Genesis UK sales Jonny Miller said the brand’s philosophy is built around the customer and giving them a buying experience which exceeds expectations and creating a long term relationship.Genesis is the luxury division of Hyundai and after … END_OF_DOCUMENT_TOKEN_TO_BE_REPLACED

Daimler will cut fixed costs, capital expenditure research and development costs more than 20% by 2025 compared with 2019 levels as part of a strategy overhaul to reposition Mercedes-Benz more upmarket as a luxury brand.The company’s ambition is to achieve a double-digit return on sales margin by doubling sales of Maybach branded cars, and ramping up sales of AMG and G-Wagon derivatives of … END_OF_DOCUMENT_TOKEN_TO_BE_REPLACED 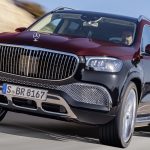 The new Welsh-made Aston Martin DBX will have another rival for sales in 2020 after Mercedes announced a luxury Maybach version of its big SUV at the same Chinese show where the St Athan model was publically revealed on tuesday. The German car maker, who supplies the DBX 4.0V8 petrol engine, will use a hybrid version in its newcomer as well and aims to sell it for about $200,000 in the USA and … END_OF_DOCUMENT_TOKEN_TO_BE_REPLACED