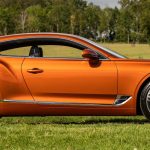 Some £50M of pent-up demand for high performance vehicles is being unleashed onto the market, with leading finance provider JBR Capital experiencing record volumes of lending on models from Aston Martin, Ferrari, McLaren and Porsche in March.   Porsche proved to be the most financed marque last month with the all-electric Taycan generating a large number of proposals as interest in electric … END_OF_DOCUMENT_TOKEN_TO_BE_REPLACED 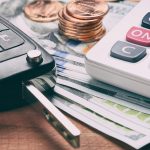 Thousands of drivers could see their car insurance rocket if new uncapped data is used by insurers. Since 2009, Thatcham's Group Insurance Rating has placed vehicles into a 1-50 system by using a capped algorithm to help insurers determine the cost of cover. While there are no plans to replace the current process, raw data shared as a result of taking the cap off has seen around 500 cars surge … END_OF_DOCUMENT_TOKEN_TO_BE_REPLACED

A stark warning has been made regarding action from Extinction Rebellion against car dealers, car manufacturers and car firms in Bristol and London. “The warning makes sober reading. Action will likely be against 4x4 and luxury car dealers and manufacturers, and while we expect it to be a non-physical social media campaign, dealers need to reinforce their security pronto”, explained Patrick Jones … END_OF_DOCUMENT_TOKEN_TO_BE_REPLACED 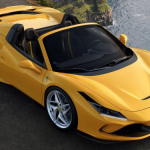 Start drooling over the sexy supercar just released by Ferrari.The F8 Spider has been teased by Ferrari as the latest addition to the marque’s open-topped V8 models since the 308GTS in 1977.It replaces the acclaimed 488 Spider but the F8 is lighter and faster as well as more dynamic and delightful to drive.Styled in-house by Ferrari, the F8 Spider is a two-seater with a folding metal … END_OF_DOCUMENT_TOKEN_TO_BE_REPLACED 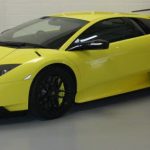 Nearly £122M of uninsured vehicles were saved from potentially being crushed in 2018 - the highest it’s been for ten years - including supercars such as Lamborghinis, Ferraris, Bentleys and Aston Martins.High-value vehicles that had been confiscated from uninsured drivers were among those saved from being auctioned or scrapped last year, according to the latest figures released from automotive … END_OF_DOCUMENT_TOKEN_TO_BE_REPLACED 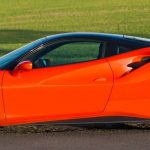 More than £1/2 billion worth of uninsured UK vehicles have been saved from potentially being crushed in the last decade including Lamborghinis, Ferraris, Bentleys and Aston Martins.Vehicles including supercars and high-value cars to the tune of £543,712,611 that had been confiscated from uninsured drivers were among those saved from being scrapped, according to figures released from automotive … END_OF_DOCUMENT_TOKEN_TO_BE_REPLACED 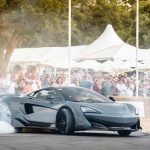 Surveying the British public, Compare the Market has set up a fun interactive tool to measure how much you'd have to sacrifice to afford your dream car whether that's a Ferrari 488 GTB, Tesla Model S or Mini Hatchback.It looks at three types of automotive classes of Supercars, Luxury, and Popular Models.For car enthusiasts, a car is much more than a way to get you from A to B. It's a … END_OF_DOCUMENT_TOKEN_TO_BE_REPLACED 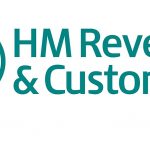 Car dealers are likely to be facing questions and fines from HMRC if they fail to research big spending buyers.Failure to properly investigate the purchase of luxury cars can land them in serious trouble under money laundering and profits of crime laws, says analytics specialist Fortytwo Data.HMRC is concerned that not all dealers are carrying out necessary checks on buyers and supplying … END_OF_DOCUMENT_TOKEN_TO_BE_REPLACED