Europcar is offering UK travellers the comfort of car hire at a festive-budget-beating price of just ‘£1 One Way’ this December. Rather than risking crowded and delayed journeys on public transport or a premium priced taxi ride, motorists can hire a car from locations across the UK – all for just £1 One Way and they have 24 hours or 550 miles to make the trip. It’s a simple service that is … END_OF_DOCUMENT_TOKEN_TO_BE_REPLACED

Around 90% of UK drivers will choose a service station based on their favourite fast food outlet, they told Europcar. However, despite fast-food chains topping the chart for the most in-demand service station food outlets, drivers chose Tebay (on the M6) and Gloucester (on the M5) services as their top choice of service station. Hailing from the same family-owned business – Westmorland – … END_OF_DOCUMENT_TOKEN_TO_BE_REPLACED

UEFA Champions League final this Saturday in Cardiff will see a clash on field, but possibly on city roads as well. As tensions run high, Welsh motorists may find themselves driven to distraction, according to research for locally–based Confused.com which found one in 20 Welsh drivers have had an accident as a result of being distracted by sport on the radio. The Road Haulage Association is … END_OF_DOCUMENT_TOKEN_TO_BE_REPLACED

Automatic transmissions used in Audi models have come under US scrutiny by investigators looking into emissions software programmes. The Audi automatic boxes may act differently and emit more pollutants in dynamic mode although they were designed to suit drivers’ performance desires for several years and this characteristic is thought to be similar in other manufacturers’ models using mode … END_OF_DOCUMENT_TOKEN_TO_BE_REPLACED 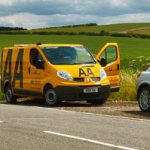 Europcar says that breaking down is the second biggest worry for motorists on long trips. Traffic delays and accidents are the issues which sandwich the breakdowns. With the average age of cars on Britain’s roads now over seven years, it’s not surprising that this could be a concern ahead of the last Bank Holiday weekend before Christmas. According to the Europcar research only 12% of … END_OF_DOCUMENT_TOKEN_TO_BE_REPLACED

Wales has one of the quietest roads in Britain. Department of Transport said the A481 between Builth Wells and the A44 north of Llanfiangel nant Melan is the least used in Wales and was second only in traffic to the A897 in the Scottish Highlands, Avis reports. Bus lane offences and fines have risen in Cardiff. In May, 6,855 tickets were issued, nearly 466 above those in April, for … END_OF_DOCUMENT_TOKEN_TO_BE_REPLACED

A wheels deal for Fathers Day is being rolled out by Europcar. It has put together a special weekend package of sporting and luxury cars for hiring and the figurehead in the lives of so many people. Sporting cars include an Audi TT Coupe £492; Merc SLK 300 AMG £394 or BMW 4 Series Cabriolet £394, while higher performance Porsche Boxster could be experienced for £496. Hip and cool dads … END_OF_DOCUMENT_TOKEN_TO_BE_REPLACED

Transport Minister Edwina Hart has set out the case for electrification of the North Wales coast main line by 2024, which will be vital to realising the economic potential of the region. The Minister submitted an Outline Business Case for electrification of the line from Holyhead and Llandudno to Warrington and Crewe to the Secretary of State for Transport, Patrick McLoughlin. Since its … END_OF_DOCUMENT_TOKEN_TO_BE_REPLACED