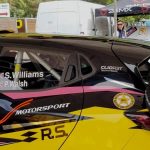 Welsh rally star Sara Williams – a literal title as the double winner of the British Women Racing Drivers Club Gold Star Elite award – rounded off her attack on the Renault Clio R3T France Trophy Cup rally series, again teamed with Patrick Walsh as co-driver. Their ASM Motorsport  Clio gave them a mixed event, on the rally that ran through tortuous asphalt overlooking the Gulf of St. Tropez in … END_OF_DOCUMENT_TOKEN_TO_BE_REPLACED 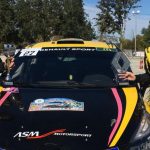 Welsh rally star Sara Williams and equally successful co-driver Patrick Walsh made an impressive return to the  Renault Clio R3T France 2018 Trophy Cup series, driving on the Rallye Coeur De France, based around the medieval town of Vendome.  They finished fourth in the Clio R3T battle, sixteenth overall and Sara took the honour of First Female Driver, quite a distinction, as French Rally … END_OF_DOCUMENT_TOKEN_TO_BE_REPLACED 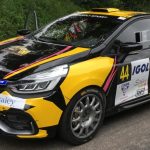 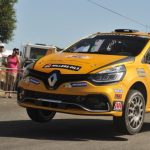 Welsh rally driver Sara Williams makes her return to the Renault Clio R3T Trophy France Championship in 2018, after her successful foray into the French series last year, writes Roger Gale. The first  round of the Championship  is the Rallye Le Touquet next week-end, with sixteen special stages scheduled in and around the upmarket seaside resort on the west coast of Northern France not far from … END_OF_DOCUMENT_TOKEN_TO_BE_REPLACED 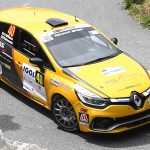 Welsh rally driver Sara Williams – already a successful competitor on numerous events in Wales and Internationally – has entered a new challenge for 2017, the six round Clio R3T Trophy France Championship, writes Roger Gale. Sara is twenty eight and born into a motorsport family – her father Jonathan a rallying driver, and her first experience in competition was as co-driver to him. A … END_OF_DOCUMENT_TOKEN_TO_BE_REPLACED

A Welsh MG dealer has been recognised for the service and sales excellence at the prestigious Car Dealer Magazine Awards. Brecon Motors, which has been serving the motorists of Wales since the early 1900s, received nominations for the Service & Repair Outlet and Used Car Sales Team categories. Jonathan Williams, Managing Director at Brecon Motors, said, “It’s a real privilege to be … END_OF_DOCUMENT_TOKEN_TO_BE_REPLACED