There is a long-standing saying in the motor industry if you are involved in motorsport – ‘Win on Sunday – sell on Monday’ so this week Toyota must have sold a shed-load of new cars in particular the just arrived all-new Toyota Yaris Hybrid, writes David Miles.

The first generation Yaris was launched in 1999 and went on to win the European Car of the Year title. The third generation Yaris introduced hybrid electric power as an option in the range and now the fourth generation models are arriving but only with hybrid power for the UK. 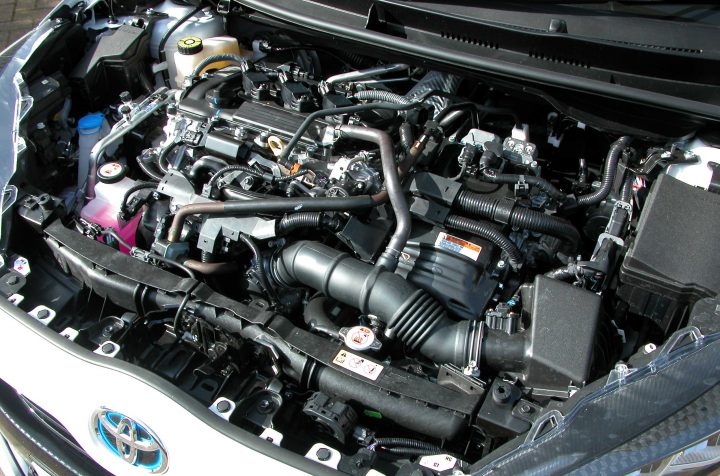 Since its original launch over 224,000 Yaris units have been sold in Europe making it Toyota’s best selling model with more than 22% of its business.  It’s the first application of a new Toyota GS-B platform for electrified vehicles with the fourth generation 1.5-litre, 3-cylinder DOHC variable valve timing petrol engine.

This Welsh-made unit, like other Toyota hybrid engines, uses an Atkinson cycle long stroke layout which keeps the inlet valves open longer to maximise fuel efficiency.  Total power output from the engine and electric driving motor is 114bhp of which 90bhp comes from the petrol engine. Up to 141Nm of torque is available from the engine/electric motor combination.

In fact the Yaris new hybrid system has two electric motors, both are positioned within the all-new transaxle/gearbox unit located alongside the transverse engine, not behind it. One electric motor via the transmission drives the front wheels through the e-CVT electrically controlled continuously variable auto transmission and this motor alone for short distance can propel the Yaris at up to 80mph.

The other electric motor is used to start the engine and to generate electric power to charge both batteries – the hybrid lithium-ion pack and the 12V unit. Battery charging is also done by energy capture during the regenerative braking and overrun driving periods.

The new hybrid unit uses a power split device which governs the interaction between the petrol engine and driving electric motor allowing powering of the car in electric only or in combination with the petrol engine. 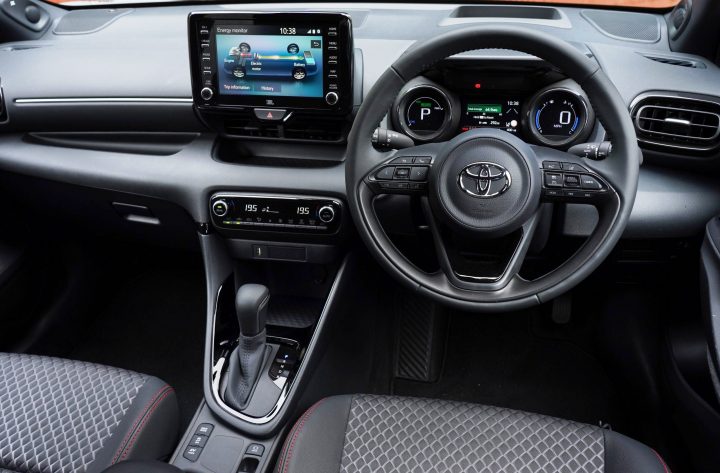 During my week of driving the fuel economy figure was as high as 72mpg for local country roads and in-town driving but this figure reduced to 68.2mpg overall after a  motorway journey, well within the official listing.

Performance did not look that good on paper but in fact with its hefty torque of 141Nm it proved quick from standstill before losing its punch further along the rpm range with the petrol engine’s 120Nm of torque taking over.

Around town it proved to be a punchy performer with plenty of zip to get away from the ‘ditherers’ at traffic lights. Mid range the petrol engine and electric motor worked smoothly in harmony and with the second electric motor the battery didn’t run out of electric power to keep the driving electric unit – driving.  So mid range acceleration was very responsive as was the electric power assist to the petrol engine going up hills.

At higher cruising speeds there is little support from the electric motor with the petrol engine seemingly doing most of the work hence the less impressive acceleration time figure and the engine note increases in volume at higher speeds, only noticeable because it is very quiet at low to mid range speeds. 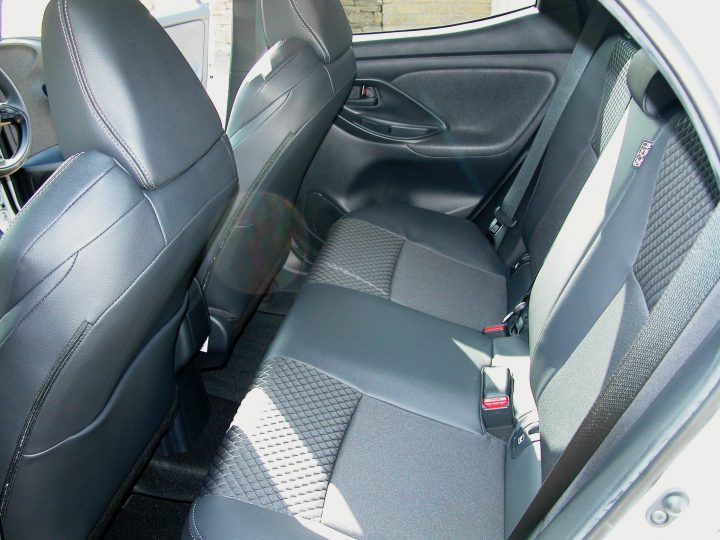 But best of all, as it’s a typical Toyota self-charging hybrid, there are no driving range anxieties or messy cables needed to keep the battery charged. There is no fuss driving it, get in push the button, select the driving mode, engage drive, push the accelerator and off you go in electric power initially before the engine chimes in.  There is an EV mode which provides just a very few miles of pure electric power.

The handling was agile thanks to this generation’s weight loss principally by using the lighter weight lithium-ion battery pack.  The steering was needle-sharp so agility and plenty of low down power make it a city-slicker in driveability terms for a B-segment supermini sized hatchback.

Handling on the open road was always predictable with the sharp steering providing neat turn-in during cornering with the car holding the driver’s chosen line.  Ride comfort was generally good, bumpy over poorer surfaces, with the 17-inch alloy wheels which are standard on my Dynamic spec test car. Lower spec levels have 16-inch wheels which could provide a better all-round ride quality. 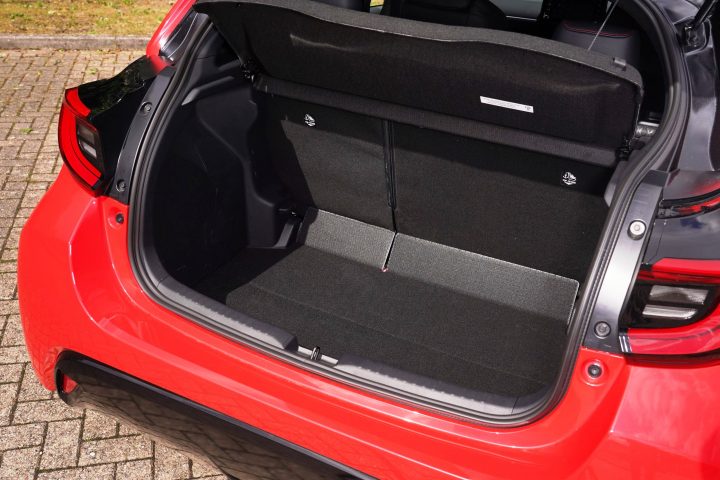 All the technology is wrapped up in a chunky, wide stance five door bodyshell. Its length has been reduced by 5mm to 3,940mm but it has a50mm longer wheelbase at 2,560mm so there is more room in the rear. However the boot is only 286-litres but the rear seat backs do fold forward to double that space.

The width has increased as well to 1,745mm so that helps give what is a compact car the feeling of a next size grade up model, especially in the front seating positions.  The front and rear tracks have been widened and the proportions are even more of a wheel at each corner design with reduced front and rear overhangs.

The rear haunches in particular look very muscular making the overall appearance more dynamic and the sports rear roof spoiler enhances the speedy look. Unlike most of its rivals this is no bland looking family hatchback; it looks as though it has ‘teeth’ which will improve its street credibility. 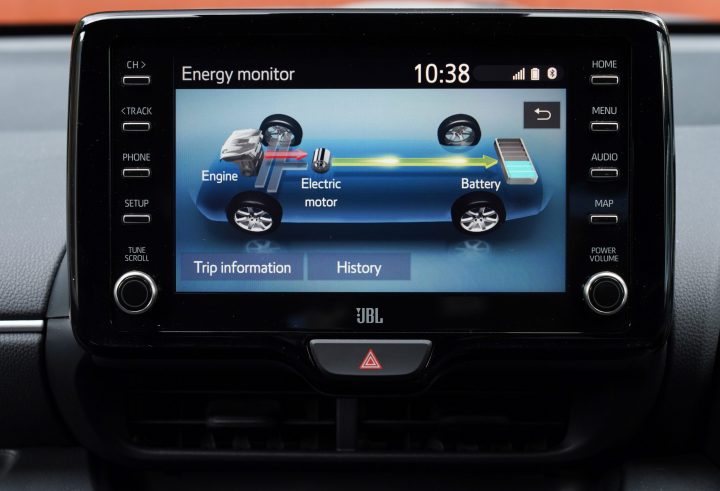 Inside as well the design is more adventurous than most other models in its class. Lots of sculptured lines and panels, higher quality trim finishings and generally it’s well laid out. Not so good is the fact that although there is an 8-inch multimedia touchscreen there is no sat-nav system for this high grade model, you have to fiddle about with your mobile phone if you want guidance.

That’s all the more annoying as the touchscreen has a shortcut button saying Map.  It has smartphone integration with Apple CarPlay and Android Auto, the Toyota Safety Sense system with all the usual functions such as pre-collision warning, pedestrian detection, emergency steering assistance, adaptive cruise control, lane departure warning, lane trace assist plus auto headlights and so on.

Talking of lights the Dynamic grade of my test car has full LED exterior lightings including the front fog lights.  The test car also had the too expensive £1,180 Pearlescent Bi-tone paint option, nice but costly and the more affordable and useful £750 City Pack which adds an auto folding function for the door mirrors, blind spot monitoring, the much needed front and rear parking sensors, automatic braking, eCall, more airbags and active headrests.

Overall  I felt the inside of the new Yaris Hybrid looked and felt like a better quality car than most of its non-premium class competitors and on the outside it just looked likeably different as well, more character – more intent. 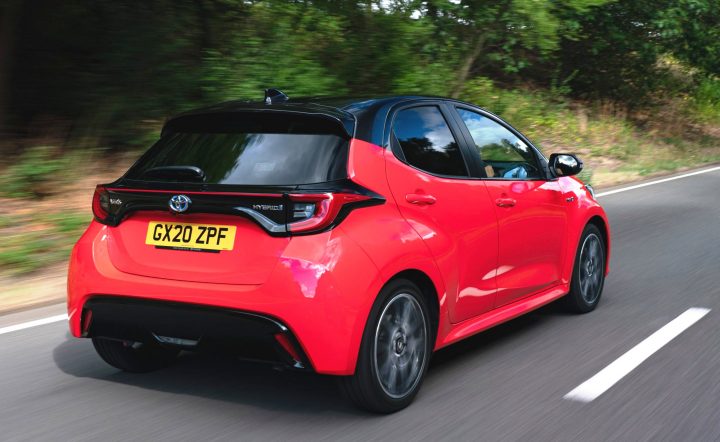 As for the Hybrid powertrain it will be the way forward even for smaller family cars until sales of all new petrol, diesel and hybrid cars are banned and that is now being rumoured as 2030 – not  2035 due to pressure in these troubled times from the eco lobbyists.

Hybrid seems to me the way to go for the longer path towards full electrification and at some point in the future perhaps hydrogen power will be the more obvious and better option.

Against: Ride can be firm over poor road surfaces, no integrated sat-nav despite the touchscreen having a Map button, small boot.