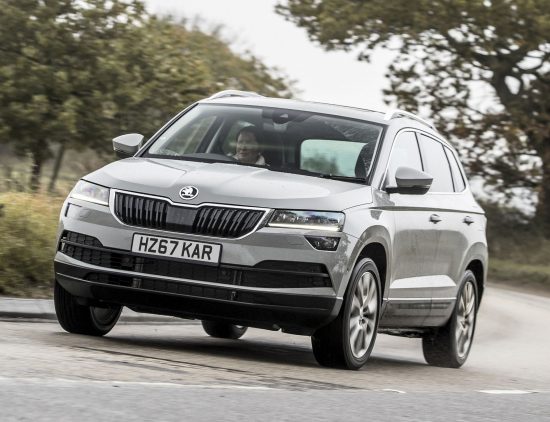 With the arrival of so many new SUVs, Crossovers and 4x4s it easy to be confused on which is the best and most suitable model to buy, writes David Miles.

One thing for sure is that the availability of such vehicles has grown out of all traditional proportions as manufacturers chase sales.

The mid-sized SUV sector has grown faster than the small SUV/Crossover market and generally these mid-sized SUVs have caused a significant fall in sales of conventional C-segment lower medium family hatchbacks. Customers are seemingly being seduced by the must-have fashionable SUV styling and the extra space and the seating and load carrying combinations. Manufacturers are expecting the mid-sized SUV segment to be worth around 300,000 sales in the UK this year even though the new car market is shrinking. 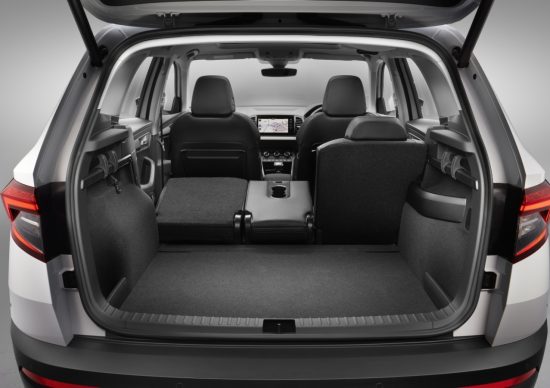 For SE L and Edition models equipped with Varioflex seating the luggage space varies between 479 and 588-litres with the sliding individual seats in place and this space increases to 1,810-litres with all three seats removed. Each of the three rear seats are separate so each can be in position, folded or unclipped and removed to maximise versatility. 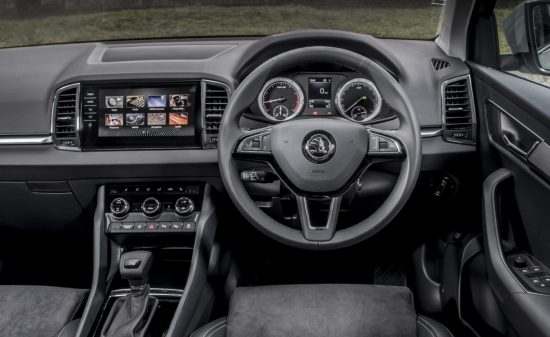 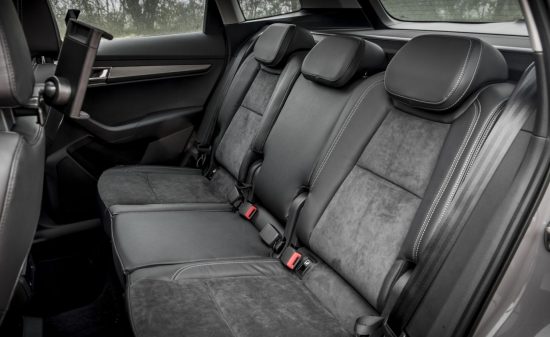 Like the sharp and crisp exterior styling lines, the interior follows the same theme, all well laid out, all logical and it’s all well put together. There is a mixture of soft feel trim and some harder areas of plastic but it looks and feels pleasing.

The driving position is good with ample visibility and it’s relatively roomy for rear seat legroom and of course the load and seating combinations are clever.

As for ride quality, the Karoq has a softer suspension setting than its competitor VW Group SEAT Ateca which like most of that brand’s models errs towards the firmer sporty side of ride quality. Although the ride comfort was compliant impacts from potholes were transmitted into the cabin, more so from the rear than the front suspension and it fidgeted at the rear wheels over poorer tarmac surfaces. But it felt nimble enough with accurate steering and well controlled bodyroll during cornering. 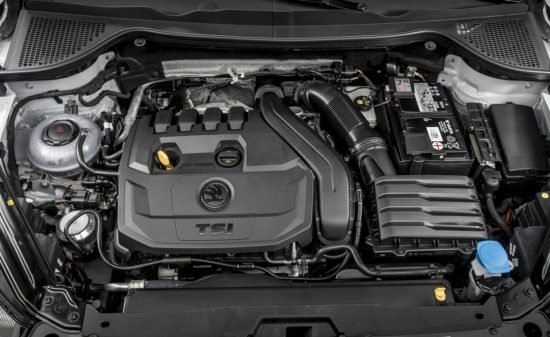 My test drive model was the Karoq SE L with the best selling new 1.5-litre, TSI cylinder on demand 150hp turbo petrol engine mated with the seven-speed DSG auto gearbox and with its 2WD system and the price is a competitive £25,815.

For those customers wanting a six-speed manual gearbox the same spec model with the same engine costs £24,515.

This clever new engine, also available in other VW Group models, uses the latest generation of active cylinder technology which means that cylinders two and three are switched off for a short time when power output is not needed, during deceleration or driving on a very light throttle between 1,400 and 4,000rpm and up to 70mph. Skoda claims this system saves half a litre of petrol per 62-miles (100km).The switch between two and four cylinders is seamless and immediate moving from low to fast acceleration requirements.

Unless you are a high mileage fleet or business user this engine makes more sense than a diesel unit, but if you need the 4WD model then it has to be the 2.0-litre TDI 150hp engine. As good as the other lower cost petrol engine option is, the 1.0-litre TSI 115hp three cylinder turbo petrol unit, it will not have the ‘muscle’ to provide a fuss-free drive as it will need lots of gearchanging to keep it in its optimum powerband and in real-life probably it won’t be as fuel efficient because it will be worked harder.

The only glitch during my week long test drive was that the windscreen wipers failed on the very last evening the vehicle was with me. Fortunately the rain had stopped and the system failed during a wash/wipe function. These components are widely used throughout the VW Group of brands so I suspect it was a one-off unusual component failure, inconvenient yes, off-putting no! As it turned out it was a loose connection with the electric motor and easily fixed said Skoda. 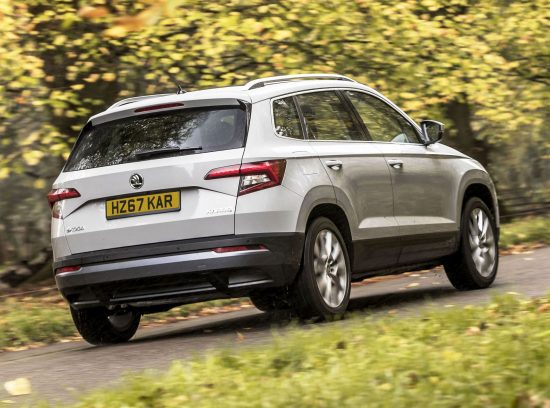 Skoda keeps coming up with award winning roomy, well equipped, well priced and distinctive new models and the Karoq is their latest ‘winner’ in a very competitive market sector.