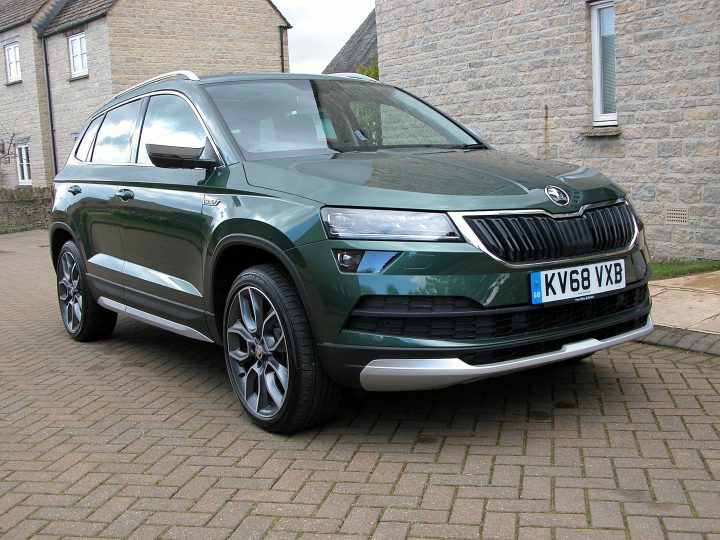 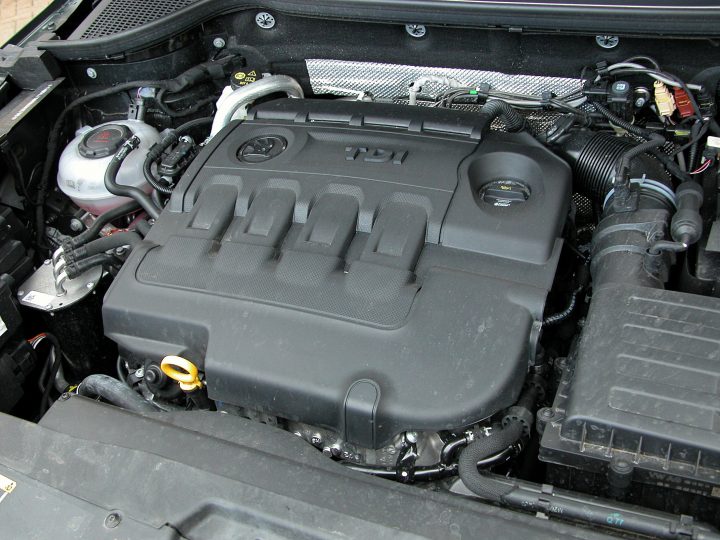 The Karoq has a practical range of engine options from the turbo petrol 1.0-litre 115hp TSI, the 1.5 TSI 150hp and just recently added the 2.0-litre TSI 190hp petrol unit.

For those customers who still want diesel power there is the choice of 1.6-litre TDI 115hp and 2.0-litre TDI 150hp units. All are new EU6d-TEMP emission compliant engines.

The choice of engine depends on the specification level chosen and in ascending order these are SE, SE L, Scout, Sportline and Edition.

The compact or mid-sized Karoq entered the UK market early in 2018 and is positioned in size below the Skoda brand’s highly rated Kodiaq large SUV. Later this year Skoda will introduce their smaller City SUV called the Kamiq. 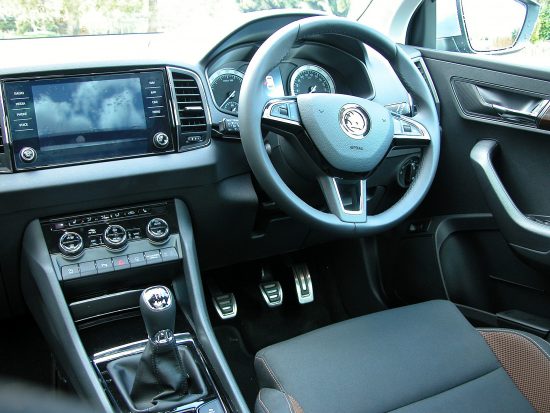 Skoda has introduced the 2019 model year Scout version of the Karoq following the theme set by their robust looking Octavia Scout and Kodiaq Scout derivatives. The Scout design and specification adds a purposeful off-road look and is aimed at the driver who wants to venture further off the beaten track. Like its bigger siblings the Karoq Scout offers four-wheel drive as standard.

Over other Karoq versions the Scout gains chrome and silver-coloured bodywork elements, protective wheel arch linings and anthracite 19-inch ‘Crater’ alloy wheels. With their low profile tyres the wheels look good but in practise I worry they could easily be scuffed and damaged driving in off-road conditions. The lack of depth in the tyre side walls does make the ride on-road firm and poor in-town where damaged road surfaces caused the handling to be fidgety. On the open road with less potholed surfaces the ride comfort improved but it’s still on the firm side.

The rugged and robust exterior styling appearance continues with front and rear bumpers having integrated skid plates for further protection. There is the £150 option Rough Road package as well providing more under-body protection for off-road travel. Disappointingly the ride height has not been increased over other Karoq models so that could limit off-road driving capabilities. Silver coloured door mirror casings complete the Scout’s exterior design package. 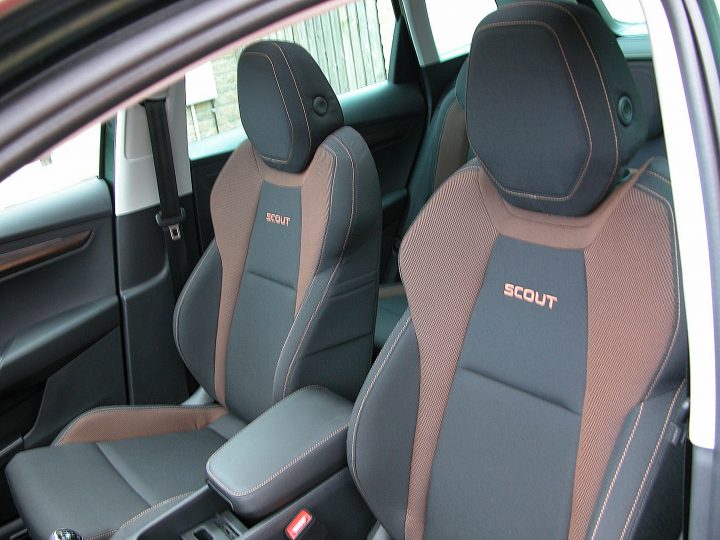 Like other Skoda models the Karoq Scout has several other ‘Simply Clever’ ideas and storage options. The electric boot lid with tip-to-close function opens and closes at the push of a button or by pulling gently on the open tailgates and a ‘virtual pedal’ under the rear bumper allows the fifth door to be opened with a simple wave of the foot.

Skoda also offer a variable floor for the boot, storage nets on the front seat backs and the neat centre console design has several storage compartments.   Centre of the fascia is the Amundsen sat-nav system with its 8-inch touchscreen with voice control and integrated Wi-Fi Smartlink connectivity.

My £31,290 2.0 TDI manual came with a very useful £275 heated windscreen and washer nozzle option as well as the must have steel space-saver spare wheel which costs £150.  An electrically folding tow bar was also included and that adds another £855 to the price.   Other options available include a £375 Virtual Cockpit layout with a 10.25-inch digital display, a £1,258 Columbus uprated sat-nav system with a 9.2-inch touchscreen and the £1,000 Dynamic Chassis Control with even more driving and grip modes. 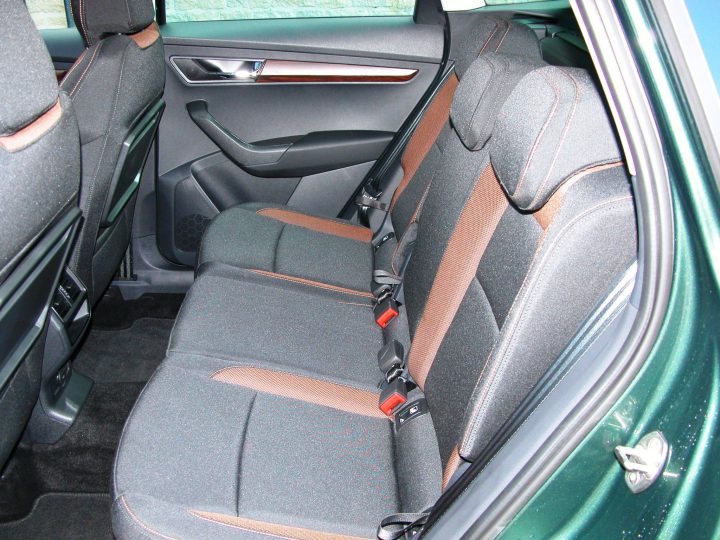 It has three individual rear seats, each slide fore and aft to increase or reduce legroom and still leaves a boot space of 479 to 588-litres. With the three rear seats folded down it goes up to 1,605-litres. They can be removed altogether to maximise load carrying space to 1,810-litres which in the case of the Scout version could mean loads of extreme-sports activity equipment.

The 2.0-litre TDI 150hp turbodiesel engine in my test drive model is well known throughout the VW Group of brands of Audi, Seat, Skoda and VW.  It is the core workhorse unit ideal for strong performance and high mileage fuel economy. It can be slightly noisy but once underway its soundtrack diminishes. It has a healthy 340Nm of torque from 1,750rpm but due to its higher fifth and sixth gear ratios with the Karoq Scout it needs to be kept at least at that rpm level or above otherwise it wasn’t that responsive unless a lower gear was selected. 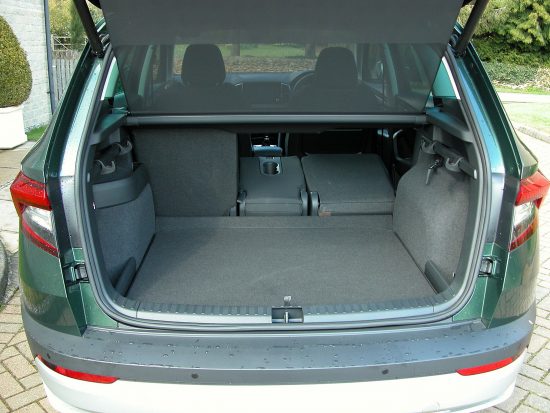 I found it prone to stalling in certain driving conditions such as a low speed rolling start at road junctions.

I’ve always found this engine to be better suited for driveability mated with the 7-speed DSG twin-clutch auto transmission; it’s just a bit smoother than the notchy gearchange of the 6-speed manual gearbox.

There is the Drive Mode Select function which gives Normal, Sport and Eco modes plus an Individual mode and 4WD version have additional Snow and Off-Road modes for low traction driving conditions.

Overall the Scout versions of the Karoq are hard to justify price wise against other less costly 4WD versions. For instance the only slightly lesser specification SE L version with the 1.5-litre 150hp turbo petrol engine with its standard auto gearbox and 4WD costs £2,785 less.

If a diesel engine is a must then the SE L with the 2.0-litre 150hp engine, manual transmission and 4WD costs £2,145 less than my Scout spec model. 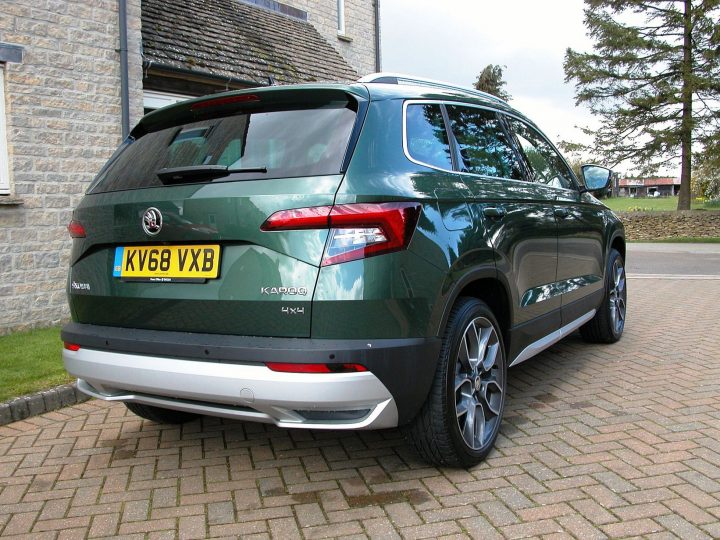 The Scout doesn’t offer anymore ground clearance than any other Karoq 4WD version so its off-road and on-road capabilities are the same and it has those hard-riding 19-inch wheels with low profile tyres which will suffer damage off-roading.  The Scout only offers slightly more spec to suit the ‘adventurer’ for considerably more money.

For: Versatile mid-sized SUV, wide range of model options and prices, relatively roomy with the possibility of even more load space if the rear seats are moved, the Scout models are more visually suited to the adventurous owner