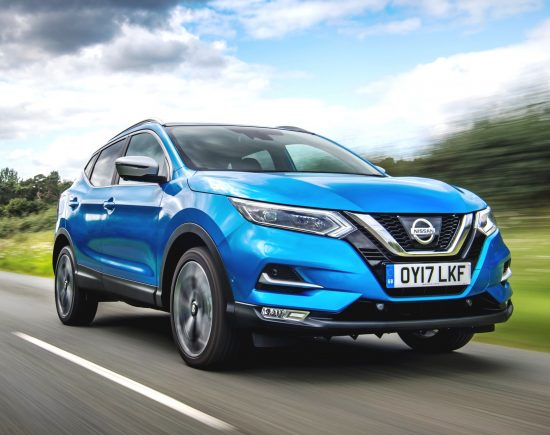 The Nissan Qashqai is a C-SUV segment mid-sized ‘Crossover’ first launched in 2007 and is generally credited with launching the term Crossover.

In real terms what does Crossover mean, well the space of a C-segment family hatchback with the raised ride height and styling of an SUV and some models also add the seating and load carrying flexibility of an MPV people carrier.

Since the launch of the Qashqai other manufacturers have wasted no time in entering this lucrative market sector which includes the Kia Sportage, Ford Kuga, Volkswagen Tiguan, Peugeot 3008, Vauxhall Grandland X and SEAT Ateca.

The Crossover theme has expanded to include smaller B-segment models like the Nissan Juke, Peugeot 2008, Renault Captur and Citroen C3 Aircross. Continuing the SUV/Crossover styling we also have D-segment larger SUV/Crossover types such as the new Peugeot 5008, Renault Koleos and Kia Sorento to name just a few.

The second generation Qashqai was introduced in 2014 with the same SUV/Crossover theme, but was a shade larger for even more space. 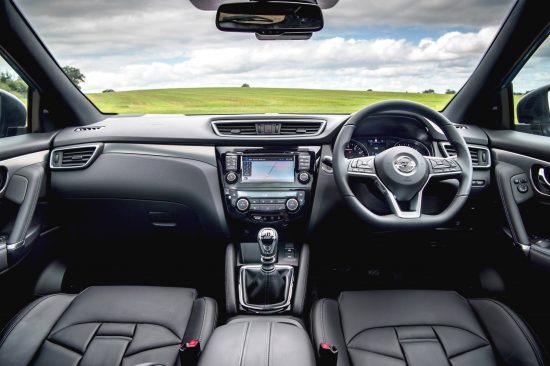 Inside there is a more upmarket look and feel with grained soft touch vinyl trim with glossy black inserts and looks first class. The fascia panel’s twin cockpit design has touchscreen centrally positioned with other most controls beneath. Right in front of the driver is a cowled instrument panel with dials separated by a trip computer. 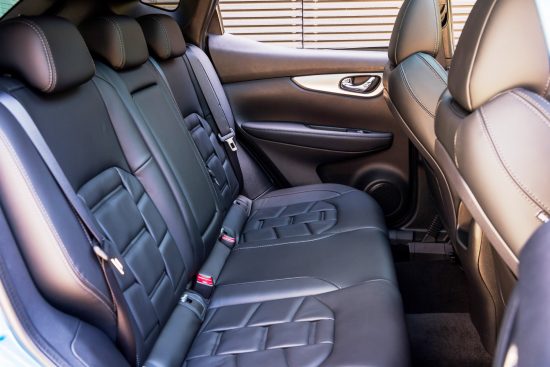 The seats are comfortable giving really good support and there is enough rear seat legroom for a growing family although it’s not the roomiest.

Behind the folding rear seat backs is a 430-litre boot which expands to 1,585-litres with extra storage under the load floor and it’s the same height as the rear sill for the easy loading.

It also has the Smart Vision Pack as standard and that includes traffic sign recognition, high beam assist, lane departure warning, intelligent and emergency braking functions which are some of the major improvements given to this grade of Qashqai during the recent refresh.

Unfortunately Apple CarPlay and Android Auto functions are not available so Bluetooth is needed for music streaming whilst the smartphone apps give access to such things as Facebook, TripAdvisor and Google Search. The sat-nav system, whilst it does the job, is not the latest in terms of ease-of-use or indeed its speed.

Other improvements include tuned suspension for better ride comfort which is now very good, sharper handling and a better feel from the steering.

The noise intrusion into the cabin has also been noticeably reduced. All-in-all the changes are significant to the overall improvements throughout the vehicle which maintains its position as the benchmark range in the ever expanding mid-sized SUV/Crossover sales sector.

Which engine is chosen will be down to price, the arguments now for petrol versus diesel whilst factoring in running costs depending upon the mileage to be covered. Whilst the Qashqai is a popular retail sales car it attracts a significant number of fleet and business users which still means the choice for them will be a diesel engine.

It really is a car for all reasons in its sector whether it’s family transport, business or lifestyle use for younger and older users. It crosses lots of boundaries and meets a wide choice of needs.

My test car had the 1.5-litre dCi 110hp turbodiesel engine, just about the best selling unit but there is a definite move to small petrol engines so it’s a toss-up depending to the job in hand as to which one to go for.

In real-life driving conditions 60mpg was regularly recorded with relative ease for long runs using a mixture of roads but some fast motorway cruising and some urban travel reduced my test drive overall figure to 52.8mpg which for a vehicle of this size I think is acceptable.

Key to its official low emissions and good fuel economy are the high fifth and sixth gear ratios. With 260Nm of torque available from 1,750rpm this means the tall gearing requires considerable use of the gearbox driving on winding country roads with sixth gear only in its happy zone at cruising speeds.

Overtaking slower traffic requires changing down at least one gear, probably two depending on your speed but at least the gearchange is smooth and precise. 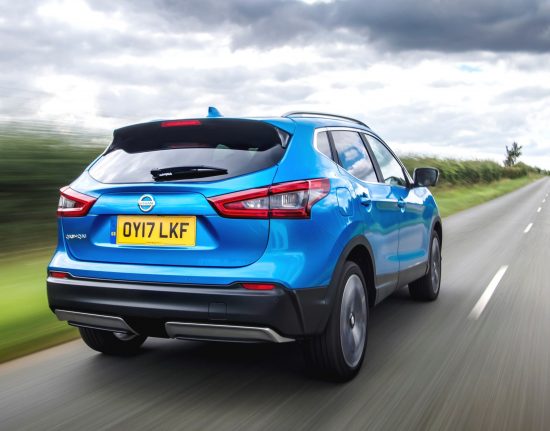 I see loads of them on our roads, they seem to be the go-to vehicle for many users which is good for British jobs but owning one limits that exclusivity factor.

For: The benchmark mid-sized SUV/Crossover by which others are compared, British built, much improved ride comfort, better handling, improved safety driving features, a versatile classy capable and practical family car

Against: Not as roomy as some for rear seat legroom, no must-have for some Apple CarPlay or Android Auto connectivity functions, dated touchscreen/sat-nav functionality, didn’t get close to the official Combined Cycle fuel economy figure.