You are here: Home / Featured / Seb steps onto Spa podium 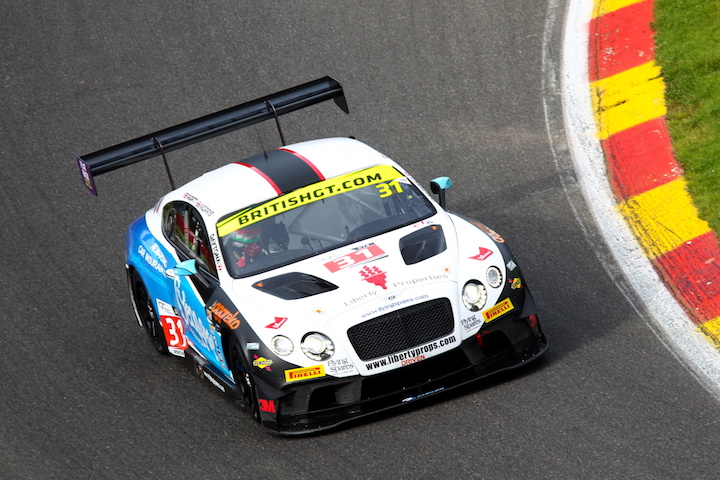 He put in a big qualifying time and in the race scored an excellent second place finish – a mere 0.6 seconds shy of victory after two hours of action. Following on from an exceptionally well judged lap in qualifying, which secured the Marford driver’s fourth pole position of his maiden campaign in GT racing, he took the second stint of the 120-minute contest and delivered a customarily superb performance.

In third place after the mid-race driver change pit-stops had played out, 20-year-old Seb obliterated a 12 second gap to the lead pairing in next to no time. After moving up into second position, he was tantalisingly close to another win after a real grandstand finish to the race.

“I was pretty happy with my stint, closing down a 12 second gap to where we were at the finish was good going – and we finished ahead of our main championship rivals which is the most important thing”, commented the MSA Team UK driver.

“Overall it’s been a good, trouble-free weekend and hopefully we’ve started the ball rolling again with this result and the championship closing up.”

The Welsh Sports and Saloon Car Championship moves to Castle Combe for a race packed weekend on saturday and Sunday.