Scrapping Severn tolls would be a welcome shot in the arm for business, says the Freight Transport Association.

The tolls on the Severn bridges are an unfair burden on both businesses and commuters and must be scrapped as soon as possible, said the FTA after it was revealed the Liberal Democrats’ UK wide ‘Pre-Manifesto’ will contain a commitment to scrap the tolls at the next Parliament. 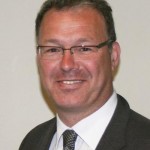 Ian Gallagher (right), FTA’s Head of Policy for Wales, said, “Scrapping the tolls would be a welcome shot in the arm for business and commuters who use the bridges daily.  Scrapping them altogether would allow businesses to invest in the things that matter such as new vehicles and staff recruitment.”

The bridges administered by Severn River Crossing Plc, are expected to revert to public ownership in 2018 when it’s predicted that there is likely to be an outstanding amount of approximately £88 million on the bridges.

Based on the current annual revenue this should be paid through charges in two years and quite possibly during 2019.

Ian Gallagher added, “FTA, working in partnership with its members, has been vocal in pressing for a reduction in tolls for many years.  For them to be scrapped altogether would be a marvellous outcome – one which would be welcomed by hard-pressed businesses that rely on the crossing.  We hope to see this policy included in all the main political party manifestos.”

Denise Lovering (right), Chair of FTA’s Welsh Freight Council, said, “The impact of the continued increase in the cost of the tolls on business, particularly transport and freight businesses, have been enormous and continue to be so.

“The tolls are a major factor in the lack of Regional Distribution Centres in Wales, and when you find out that the cost to some companies is in excess of £500,000 a year it doesn’t take much to understand what a boost to the economy the removal of the tolls would be.  It would also signal that Wales is open for business and you don’t have to pay to come in.”

The commitment to scrap the tolls will come in the Liberal Democrats’ ‘Pre-Manifesto’, to be published in September.