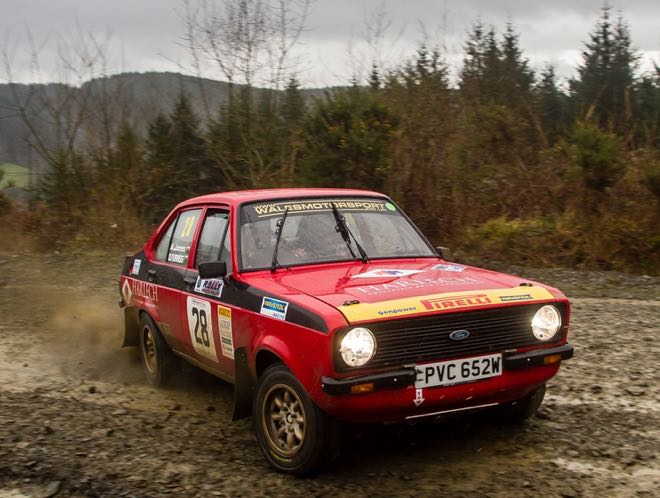 The 2016 RAVENOL Welsh Challenge has been won by Andrew Jones in his Mark II Ford Escort.

The Challenge runs in conjunction with the Pirelli MSA Welsh Forest Rally Championship and is supported by the Championship’s technical partners, hi-tech lubricant company RAVENOL. Going into the final round, the Winner Garage Skoda Wyedean Rally, seven drivers still had a chance of sharing in the prize fund valued at £3000.

When competitors crossed the finish line in Mitcheldean after completing six testing stages in the Forest of Dean it was Jones who had taken top honours in the Challenge to round off what has been a hugely successful season for the young Pwllheli driver.

Points in the Challenge are awarded based on a driver’s performance within his or her class and runner up was Championship Group N class winner Wug Utting from Surrey, driving a Subaru Impreza, while making it three different makes of car running in three different classes, the final podium place went to newly crowned Welsh Champion Luke Francis, the Rhuddlan driver competing in a Mitsubishi Evo IX.

Confirming the final placings, Championship co-ordinator Dave Evison commented, “The RAVENOL Welsh Challenge has been an innovative and welcome addition to the Championship package and has proved very popular with competitors over the two seasons that it has run and we are grateful to RAVENOL for their support.

“I am delighted that RAVENOL UK’s Managing Director, Brian Chase, has already confirmed that the Challenge will run once again in 2017. While a similar prize fund will be available we plan to put greater emphasis on event awards rather than end of season prizes. That way we feel that more drivers will get an opportunity to share the benefits.”