A few of the crews still in contention, however, have yet to enter the event.

Both front running crews in the fight for the overall title, Russ Thompson/Andy Murphy and Matthew Hirst/Declan Dear are entered for the rally.

Away from the Main title battle, however, there are whole range of class honours still to be decided.

Tom Llewellin has clinched the RAVENOL Welsh Challenge for drivers but 2nd and 3rd places and the prize fund that go with them could go to any over four drivers. It’s Andy Fox who currently holds second place ahead of Josh Taylor but Hywel Davies and Perry Gardener still remain in contention.

In the RAVENOL Welsh Challenge for co-drivers, it’s Tom Murphy who has sewn up top honours but any of the next eight co-drivers in the standings could end up in the top three.

In class 4 for cars up to 1400cc, the fight is between the top 4 drivers and co-drivers while in Class 4, Martin Walters and Steve Deeley are battling it out for the title with the top 4 co-drivers in contention.

Class 6 is the most open class in the Championship with any of the top 7 drivers and the top 9 co-drivers while in Class 7 the fight is between the top 8 drivers and top 7 co-drivers.

In Class 13, matters are complicated by the destination of the overall title. Josh Taylor leads the way but he is just a single point clear of Matthew Hirst but if Hirst takes the overall drivers’ title he will not be eligible for a class award. 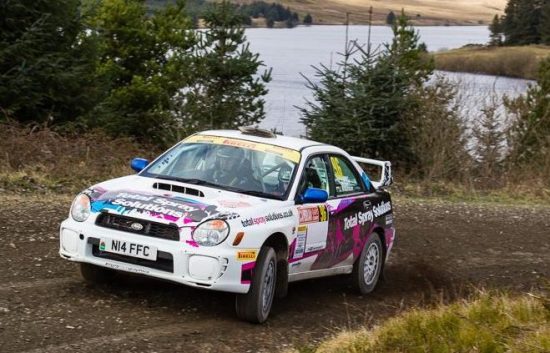 Keith Gapper (right), meanwhile, in his second season in the Championship could secure a second trip to the end of season awards evening.

Declan Dear appears favourite to secure class 13 co-drivers’ honours but could still be pipped at the post by Heather Merrison.

Finally, in class N3, Russ Thompson and Wug Utting are tied on points and, with drivers counting only their six best scores from the season’s eight championship rounds the mathematical permutations are many and varied.

Crews who have not yet entered the event have until Wednesday 6 November to do so.

The Winner Garage Skoda Wyedean Stages Rally takes place on Saturday 9  November. More information about the event is available on the official website, wyedeanstages.co.uk, and about the Pirelli Motorsport UK Welsh Forest Rally Championship at wnrc.wamc.org.uk, on the Championship Facebook page and on Twitter @WnRC.