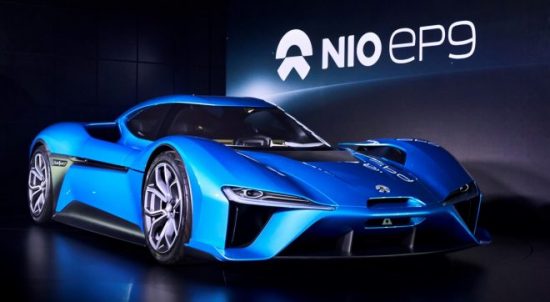 At a launch event at the Saatchi Gallery in London, UK, electric car company NextEV unveiled its brand, NIO.

Additionally, the company unveiled its electric supercar, the NIO EP9, which has achieved a new lap record at the Nürburgring Nordschliefe.

On 12 October, the EP9 lapped the 20.8km ‘Green Hell’ in 7m 05.12s, beating the previous EV lap record held, marking it out as the fastest electric car in the world. Additionally, on 4 November, it smashed the EV record at Circuit Paul Ricard in France, recording a time of 1m 52.78s, eclipsing the previous record of 2m 40s.

With four high-performance inboard motors and four individual gearboxes,the EP9 delivers 1-MegaWatt of power, equivalent to 1,360PS. The EP9 accelerates from 0-200kph in 7.1 seconds and has a top speed of 313kph. With an interchangeable battery system, the EP9 is designed to be charged in 45 minutes and has a range of 427 kilometres.

NextEV has more than 2,000 employees in San Jose, Shanghai, Munich, London and eight other locations.

In October, NextEV USA announced that it was issued an Autonomous Vehicle Testing Permit by the California DMV and it would begin testing on public roads.