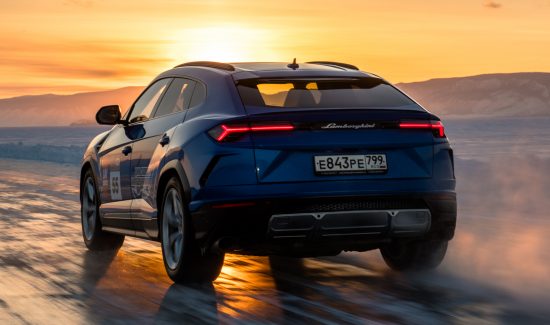 The Super SUV Lamborghini Urus’ high-speed record set on the ice of Russia’s Lake Baikal during the Days of Speed in March 2021 has been formally registered by the Russian Automobile Federation, a member of the Federation Internationale de l’Automobile.

Russian racer and journalist Andrey Leontyev, 18-time record holder of Days of Speed on Baikal Ice, reached a top speed of 185.17mph from a standing start across the 1000-meter distance, despite reduced traction due to the ice’s slippery conditions and strong gusts of wind.

April marked the sixth month of rising petrol prices with another penny being added on at the country’s forecourts, new RAC Fuel Watch figures reveal.

Unleaded went up 0.89p ending the month at an average of 127.19p per litre – its highest price since January 2020 and while diesel rose by slightly less (0.62p) to 129.73p per litre, it was its fifth consecutive monthly increase and means it now costs £69.95 to fill up a 55-litre family car with petrol and £71.35 to fully fill an equivalent-sized diesel car.

Nostalgic classics are most popular songs for drivers using the Spotify Playlist on long trips, according to HoltsAuto.

Top is Sweet Home Alabama, with Hotel California and Don’t Stop Believin the top trio and most played are those with a lively 115 beats per minute.

Analysis of 750,000 social media posts by CarFinance247 showed Japanese brands generated the most joy among car buyers, but it was Mercedes-Benz who came out top overall.

Peugeot outranked three major luxury brands and it was Mitsubishi who sparked the feelgood factor with its PHEV Outlander and was considered the best electrically assisted vehicle.

The EC says the automotive sector is critical to its economic system and climate neutrality by 2050.

It is one of 14 sectors highlighted by the Commission and component makers’ body CLEPA welcomed the proposed in-depth review to strengthen the resilience of supply chains in critical areas including raw materials and semiconductor technologies.

With around 100 days to go before the new British Motor Showopens in Farnborough, organisers report a big spike in ticket sales.

Anyone buying a single or family ticket before the end of May goes into a raffle for unique prizes related to the event including VIP upgrade, exclusive driving experiences and supercar ride and special 1:1 meet and a greet opportunity.