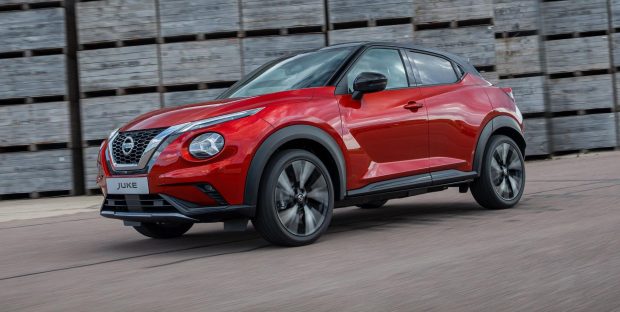 It blazed a trail in design and kicked off a whole new sector, but the latest Nissan Juke made in Sunderland is moving on again when it hits streets in November.

A decade from introduction, the second generation Juke is bigger and better equipped while retaining its sporting lines and uses a triple cylinder 117ps 1.0 litre engine with 6sp manual or 7sp sequential automatic box in six trims from under £17,400 to £25,400.

Mazda has announced the price and specification of its new CX-30 compact SUV, which will arrive in the UK in January 2020.

Revealed at the Geneva Motor Show in March, the CX-30 enters a new market segment for Mazda, slotting into the firm’s award-winning SUV range between the CX-3 and CX-5 and priced from £22,895 to £33,495 for the 26-model line up.

The new Peugeot 508 hatchback and SW Plug-in Hybrid EV models can attain 217mpg and travel 30-miles on a full charge alone, while emitting less than 30gkm in ev mode.

Their 11.8kWh battery needs under two hours to charge and is supported by a 180hp 1.6 Pure Tech petrol engine with a 110hp 80kW electric motor.

Over 30,000 reservations have been made for the Volkswagen ID.3, electric car, mostly in Germany.

It is said to have a range exceeding 240miles on a charge and is likely to be around £27,000, but no firm UK introduction date has yet been given.

Toll charges are a way to reduce congestion, say researchers at the University of Cologne.

The charge would rise with congestion periods and encourage travel outside the peak periods and be a better use of existing roads than building new ones, they concluded.

Barnardos stands to benefit from the proceeds of disposed cars processed through Scrap Car Comparison in September.

Simply select how much you want to donate from the sum raised when you scrap a car.