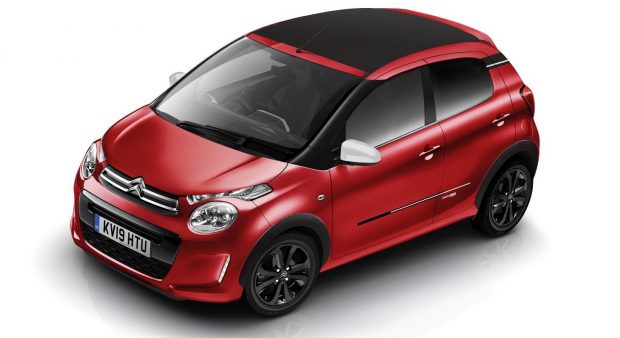 Citroën UK has announced one year’s free insurance on its popular C1 city car, for eligible retail customers from 18 years of age.

Qualifying versions must be ordered and registered between 1 July and 30 September 2019 and the offer is available across the most popular trim levels in the C1 range, including the recently launched ‘Origins’ Collector’s Edition.

Mitsubishi Motors in the UK has relaunched its consumer website with a more user-friendly and contemporary design employing cutting-edge functionality that elevates the brand’s interaction with its customers to a whole new level.

The new website showcases the latest corporate identity of Mitsubishi Motors Corporation – highlighting the new Drive your Ambition brand ethos – and even adopts a new web address at: www.mitsubishi-motors.co.uk

More than six in 10 European parents (63%) admit they struggle to fully concentrate on the road when their children are misbehaving in the car.

But even more worrying is that nearly one in three adults (29%) reveal they know they’re less safe behind the wheel as a result, according to new research conducted by Nissan.

DS Automobiles opens reservations for its 100% electric DS 3 CROSSBACK E-TENSE – the first ever electric DS car – ahead of first deliveries in January.

DS 3 CROSSBACK E-TENSE is a latest generation model with prices from £32,350.

IAM RoadSmart has backed calls for a long-term plan to tackle the ‘national scandal’ of potholes on UK roads – saying nearly half of people it surveyed have experienced pothole damage to their vehicles.

The government’s Transport Select Committee has today (1 July) issued a report stating that the current short-term approach to financing road maintenance as being “not fit for purpose” – which IAM RoadSmart, the UK’s biggest independent road safety charity, agrees with.

A special edition in the D-Max range, the Workman+ will be produced in a limited to a volume of 125 vehicles in total and will be available in a manual transmission at £21,495 CVOTR.