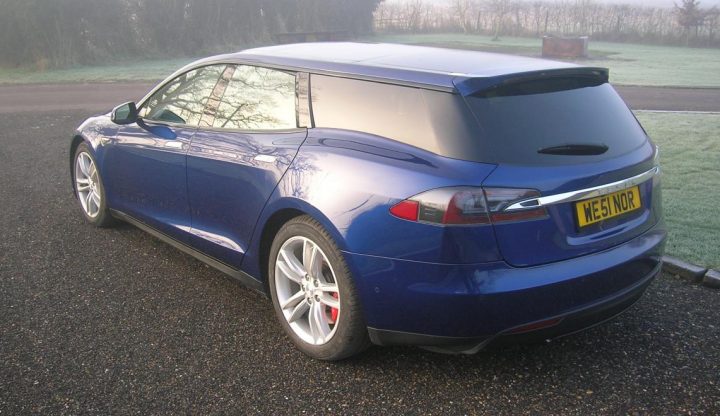 The Confused.com London Motor Show will be hosting the world’s first Tesla-based producton Shooting Brake by QWest of Norfolk.

Carbon fibre coachbuilding specialist QWest will touch down at the “automotive event of the year” from 17-20 May armed with its latest creation, which is based on the reputable Model S (90D) and to which it adds over 7cuft of luggage space but also makes it lighter using carbon-fibre parts.

LV=, the UK’s third largest car insurer, reveals that an increased demand for driving in modern life is behind a surge in two-car families.

With official figures showing a growth of 541,600 two-car households year-on-year, nearly a quarter of drivers revealed to LV= that they are doing more driving than they were 12 months ago.

The figures made available through a Freedom of Information request cover the period August 2015 to 15 December 2017 and RHA chief executive Richard Burnett said, “Manston Airport was only supposed to be a short-term contingency following the mayhem we saw on the M20 during the summer of 2015, but two and a half years later the taxpayer is still footing the bill for a facility that’s never been used.”

IAM RoadSmart has found that more than a third of police forces are using their mobile safety camera vans to prosecute drivers not wearing seatbelts or using a handheld mobile phone.

The information comes from a Freedom of Information request submitted to 44 police forces which found that 16 of them use the pictures from the cameras in their vans to pursue these offences as a matter of routine, and a further four do so occasionally.

Darling Road, Brecon has been nominated as one of the most romantic street names in the UK.

Fourteen names from across the country have been picked for a St Valentine’s Day public vote and you can push the Welsh street before 7 February on Living Streets .

Dover wants to charge lorries a tax to offset emissions cleanup in the town.

But the Freight Transport Association said they are being held to ransom and already pay enormous taxes to run their businesses and the latest would be just another tax hitting them at a hard time when the economy is struggling.

A police chief’s plan to fine motorists for going 1mph over a set limit is focusing on the wrong issue of speed, says the RAC.

It wants police to target the serious speeders who consistently exceed limits, often by a higher than 10% margin.