Range Rover and Range Rover Sport series have expanded to include a new family of 3.0 six-cylinder diesel engines with plug-in mild hybrid assistance.

There are also some special edition trim versions including SV Autobiography Dynamic Black in the Range Rover. 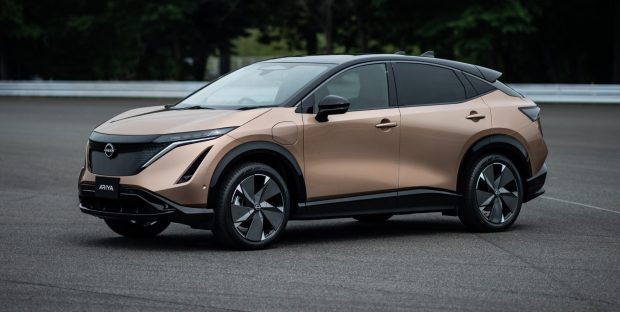 Two new pure electric crossovers have been announced as the industry gears up for a much greener future.

The Nissan Ariya will have a near 300-miles  range when it gets to the UK in late 2021 and next year is the scheduled launch of the 285-miles BMW iX3 with eDrive as part of its offering alongside PHEV and petrol or diesel engines.

About 14% of Cardiff drivers and nearly a quarter of millennials are feeling anxious about getting back in the car after lockdown, compared to just 7% of those over 55.

The survey of 2,000 British drivers also revealed that millennials aren’t just worried for their own safety, with 43% of respondents saying that they’re nervous for their family members to get behind the wheel once lockdown ends too.

NHS workers are most likely to own a Nissan or Kia, while hairdressers favour Fiats, according to insurance data held by comparethemarket.com .

For work, farmers are the most likely to own a Land Rover while taxi drivers are most commonly found behind the wheel of a Škoda, Toyota or Mercedes-Benz and supercars are most likely driven by marketers and IT workers.

Using privately-owned e-scooters in public places mean riders get a £300 fine, risk confiscation of the machine and penalty points on their licence with a hefty insurance hike for future motor policies, warn GoCompare.

The government has permitted trials of rented e-scooters in a bid to ease public transport and commuter concerns since 4 July but users still need a licence and insurance.

Over 85 per cent of motorists would like to see local authorities make car parking free for shoppers to encourage more people to return to the High Street according to a new poll by Motorpoint.

The online survey by the UK’s largest independent car retailer, which has a network of branches across England, Scotland and Wales, found 85.7 per cent of drivers would like to see charges continued to be waived in towns and cities throughout the country to incentive people to return to hard-pressed High Street retailers post lockdown.

It follows a closure since the end of March and the implementation of strict distancing among employees on lines and in offices and has been agreed with the unions.

However, this does mark a slight improvement over May 2020, which saw a drop of 52.3% across the European Union.