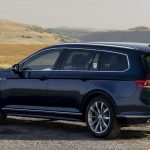 Volkswagen’s golden oldie Passat is a treasure. From its launch in 1973 it is now the VW with the longest-lived name-plate after the Beetle went out of production this year and it even predates the Golf name by a year. With over 30 million sold worldwide in 46 years, the Passat is the best-selling mid-size car in the world after seven versions have been launched. The enhanced eighth generation … END_OF_DOCUMENT_TOKEN_TO_BE_REPLACED 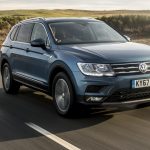 The Tiguan mid-sized SUV is Volkswagen third best selling model range in the UK behind the Golf and Polo hatchbacks,  writes David Miles. The 5-seater Tiguan and it larger 7-seat Tiguan Allspace form the meat in the VW sandwich of their ever extending range of SUVs. Globally over 5-million Tiguans have been sold in its 11-year history. Top layer of the VW SUV range is the large and … END_OF_DOCUMENT_TOKEN_TO_BE_REPLACED