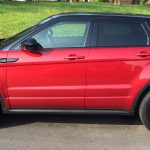 The Range Rover Evoque is one of the most successful models in the company’s long history and it looks like maintaining that position for many years to come with its latest engines, writes Robin Roberts.   Land Rover has played a very careful game of balancing global diesel demand with cleaner petrol technology and the new Si4 series achieves the best of both worlds in the … END_OF_DOCUMENT_TOKEN_TO_BE_REPLACED 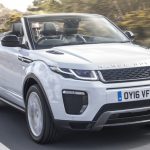 Just when many thought that big 4x4 sales had reached the end of the road, the arrival of the Evoque Convertible has taken them down a new track, writes Robin Roberts.     It has been an unqualified success since it was announced in November 2015 and the world’s drivers just couldn’t wait to get their hands on them a year later when they hit the roads. As the … END_OF_DOCUMENT_TOKEN_TO_BE_REPLACED 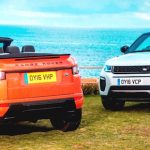 By David Miles It was only a matter of time before the workhorse became a dressage contender.     The Range Rover Evoque Convertible is the latest in a highly successful series which owes its family blood line to the luxury off-roader which really created a whole new sector in 1970. Heralded by Land Rover as the World’s first luxury compact SUV convertible, … END_OF_DOCUMENT_TOKEN_TO_BE_REPLACED 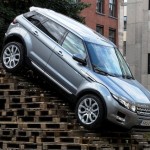 The highlight of the refreshed Evoque range is the adoption of a new ZF 9-speed automatic gearbox with intelligent Stop/Start which helps to reduce fuel consumption by 11.4% and reduce CO2 emissions by up to 9.5%.  Torque Vectoring (variable power distribution by braking to each wheel) is also added as well as a range of new comfort, convenience and connectivity features as well has an extended … END_OF_DOCUMENT_TOKEN_TO_BE_REPLACED