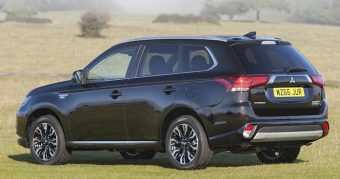 Mitsubishi is launching a new high-specification special edition of its award-winning Outlander PHEV.

For the same £32,749 as the Outlander PHEV GX3h+ on which it is based, the limited edition Juro offers the added convenience of a touchscreen CD/DVD infotainment unit with TomTom satellite navigation, smartphone integration and DAB radio as standard, while the exterior is enhanced with an Outlander bonnet emblem.

UK prices and specifications for the all-new ŠKODA Kodiaq have been announced ahead of its showroom debut early next year.

ŠKODA’s first ever seven-seater SUV will start from just £21,495 when ordering starts in November, and will be available from launch in four trim levels, five engine options, two and four-wheel drive, and a choice of manual or DSG gearboxes.