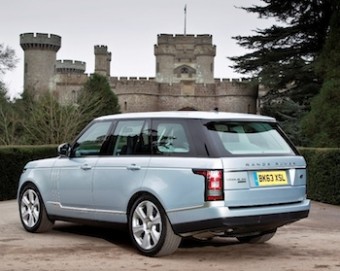 Land Rover has seemingly pulled off the impossible and mixed electricity with water in the new Range Rover and Range Rover Sport Hybrids.

With a 26% reduction in CO2 emissions over the standard 3.0-litre V6 turbo-diesel the addition of hybrid technology produces a figure 169g/km, equivalent to 44.1mpg on the Combined Cycle.

Without restricting the off-road abilities or on-road dynamics, the Range Rover Hybrids now in the range will appeal to those who seek a greener tinge to their blue-blood lifestyle.

Although it uses a 3.0V6 engine, the combination with a 35KW electric motor gives it 340ps, equivalent to some V8 units, but with better fuel economy worked into the equation.

Those familiar with the latest Range Rover will find the Hybrid starts in the same way, accelerates strongly and lacks nothing in performance terms. It will run up to 30mph for a mile on the battery alone before seamlessly bringing in the diesel engine.

The fuel saving cut-off works eagerly, too frequently for my personal taste, and the electric motor built into the 8sp gearbox acts like a transmission brake when you decelerate so the engineers have built-in a feeling of footbrake retardation behind the pedal.

Although few are likely to ever experience the full potential of the Range Rover Hybrid in serious off-road situations, you can rest assured it will wade through metre deep floods, scale and descend slopes you could not walk and pull itself out of clinging mud that would immobilize a horse as we found on the legendary and demanding test routes through the Eastnor Estate, Herefordshire and which has been used by Land Rover for over 60 years. 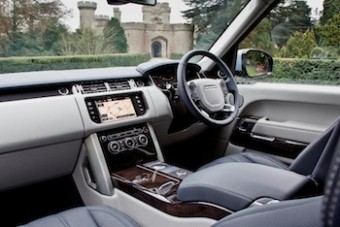 The in-built three-mode terrain switch is one of the most useful pieces of equipment on the Range Rover and it works in exactly the same way with the Hybrid as the petrol and diesel models, but some may find it better in the Sport setting on the box which gives its sharper responses in serious muddy situations. This is all made possible because the electric motor is protected within the transmission and the liquid-cooled batteries are in an armoured case under the floor and within the chassis frame.

The electric power source is insulated from the surroundings and only accessed via the driver’s foot on the throttle.

On road the Range Rover Hybrid appears virtually identical to its exclusively fossil fuelled stablemates, except a power consumption meter replaces the tachometer, and retains the ride and handling characteristics so admired.

As I briefly mentioned earlier, I thought the ignition cut-off was too frequent for some situations as momentarily waiting to turn right across oncoming traffic for instance and the braking retardation was very gentle and not sudden so you would coast to a standstill rather than be pulled up with a heavy brake application, but I am also sure you would get use to these characteristics.

To get the most out of the Range Rover Hybrid you would need a mixture of terrain to regenerate the batteries as a straightforward motorway blast to work would not produce the savings you might expect. Over mixed roads we saw nearly 36mpg overall. 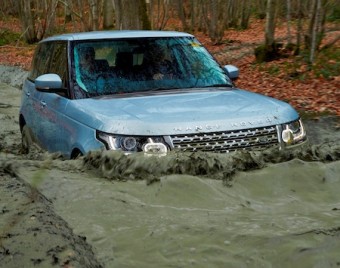 So, it’s a workhorse for courses and Land Rover admit they don’t really know how many they will sell, but they are most likely to be placed with key business users who want the practicality and sophistication of the Range Rover but also wish to be seen to be making a nod towards going greener.  Oh, and defying the laws of nature along the byways.