You are here: Home / Featured / Fowden is back on the road 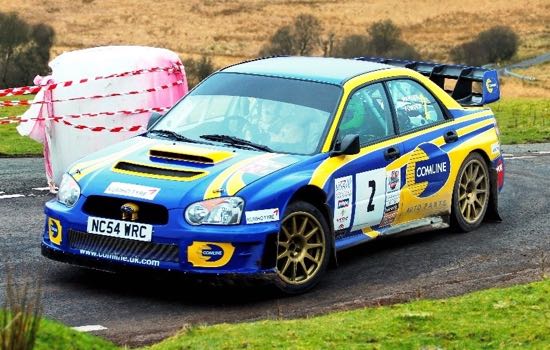 Bob Fowden is celebrating 40 years in rallying this year and far from slowing down the popular Llanelli-based driver is upping the game in 2018.

Fowden began his long rallying career in 1978, driving a Mini on forest events. Impressive early performances soon attracted the attention of John Davenport, the British Leyland Team Manager, which allowed Fowden to upgrade to an ex-works Triumph TR7, in which he started to contest Tarmac rallies – winning the first Mewla Stages in 1982.

An ex-works Rover 3500 Vitesse followed, with many more victories on Epynt until the big car began to show its age and was replaced in 1988 with a Ford Sierra RS Cosworth.

This led to hugely successful forays in Britain, Ireland and Europe, followed by a spell in a Mitsubishi Lancer Evo and then, in 2015, the first of several Subaru Imprezas, which Fowden Motorsport has since become synonymous with.

Fowden will also be attempting to win the JD Tyres Welsh Tarmacadam Championship for a record fifth time, with that challenge beginning with the Rali Cwm Gwendraeth at Pembrey on February 4.

Bob will have son Paul co-driving on that event, and the family duo will be hoping to repeat their 2017 event win. Fowden said, “As my former co-driver Paul Wakely cannot be with me for 2018 due to increased business commitments, I have a number of top co-drivers alongside me for the new season. My good friend Aled Davies will co-drive for me on the Tour of Epynt, and the others are similarly familiar names that we’ll announce as the season progresses.

“The co-drivers are no strangers to top asphalt rallying, so we’ll not be springing any surprises in the new partnerships I’m sure, but I hope to be able to spring a few surprises on the events!”