The M-Sport Ford World Rally Team today revealed for the first time a prototype of the new Puma Rally car that will help usher in an exciting new era of electrified competition in the FIA World Rally Championship from 2022. 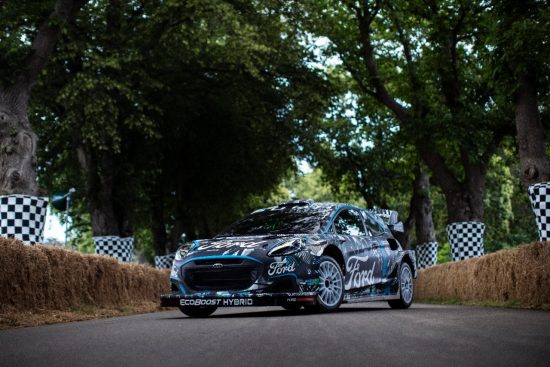 Making its global public debut at the Goodwood Festival of Speed, the M‑Sport Ford Puma Rally features a next-generation hybrid powertrain that seamlessly combines the performance of a championship-winning, turbocharged 1.6-litre EcoBoost petrol engine with a sophisticated 100 kW electric motor and 3.9 kWh battery.

The sophisticated new plug-in hybrid powertrain will provide competition-level performance as well as the ability to travel through towns, cities and service parks between stages using pure-electric power.