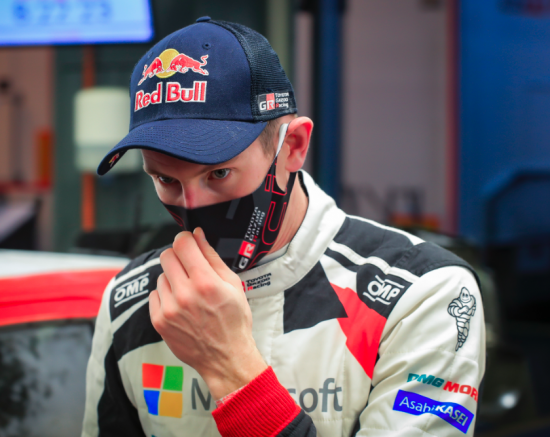 Elfyn Evans’ dream of becoming the first Welsh driver to win the FIA World Rally Championship were put on hold when he crashed out of this year’s title-decider in northern Italy.

The 31-year-old from Dolgellau arrived at the ACI Rally Monza holding a 14-point advantage over his Toyota Gazoo Racing team-mate Sébastien Ogier and, despite some atrocious weather conditions, at the mid-point seemed on target to become only the third British driver to lift the WRC crown after Colin McRae and Richard Burns.

The championship favourite, however, was then caught out by the tricky conditions in the Italian Alps. On treacherous snow-covered roads, his Toyota Yaris slid wide on a corner, slipped down a bank and into a tree. Although the damage was minimal, he and co-driver Scott Martin were unable to get the car back on the road to complete the stage.

“Obviously I’m feeling massively disappointed – and, of course it’s what could have been,” admitted a bitterly disappointed Evans, who will take-up the fight again in 2021.

“We came around a flat right corner with a short braking and the surface of the Tarmac had changed. When I braked on that, it was just like glass and there was no chance of us slowing down at all. It completely caught me by surprise,” admitted Evans.

“You have to be there, you have to try. You’re not going to win anything by sitting around at the back and I think everybody was having to take some sort of chance. I actually had the surface change in my notes, but I didn’t anticipate it would be as extreme.” 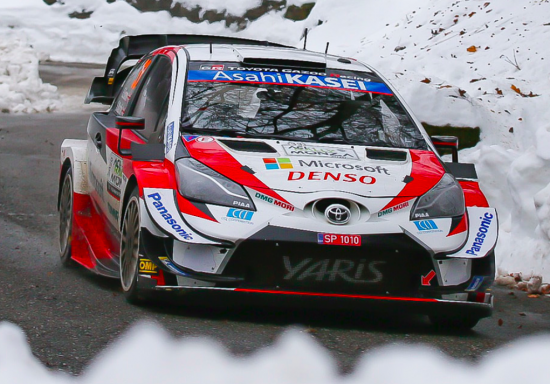 Sportingly, Evans ran back down the road to warn Ogier of the impending hazard and thus prevented his title rival experiencing a similar fate. “Where Elfyn went off, it could have happened to anybody,” agreed the Frenchman. “They slowed me down and I just made the corner. The grip change on that corner was just impossible to anticipate – it was like being on ice.”

Evans’ sad demise and his generous gesture, effectively handed the rally victory and a seventh world title to a relieved Ogier and his co-driver Julien Ingrassia who was quick to commiserate with the unfortunate Welshman.

“We feel sorry for Elfyn,” Ogier said after safely crossing the finishing line. “We had great fun fighting each other this season and next year I am sure it will be the same.”

Despite ultimately missing out on the title, Evans still has had a break-through season scoring victories in Sweden and Turkey to add to his maiden WRC win on Wales Rally GB in 2017 – wins that secured a career-best second place in the final 2020 standings. 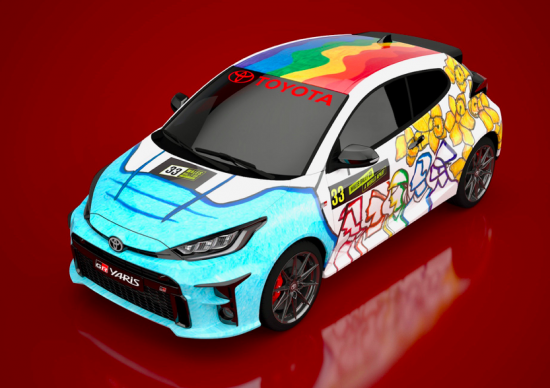 The winner of this year’s ‘Design a Rally Car Livery’ competition is a highly topical entry honouring the selfless and essential work undertaken by key workers during the ongoing COVID-19 pandemic.

Organised by Wales Rally GB in partnership with Toyota (GB) and open to all pre-university students throughout the UK, this year’s initiative attracted a significant number of high quality entries, many completed by those looking for some inspiration while studying at home during the lockdown period.

After careful consideration, the judging panel selected 16-year-old Alice Goodliffe from Ysgol Uwchradd, a comprehensive secondary school in Plasmawr in Cardiff, as the overall winner. Her design will now be brought to life as a wrap on one of Toyota’s new rally-inspired GR Yaris models.

Alice’s design includes a face mask over the Yaris’s bonnet, while other details such as a rainbow and daffodils ­– the national flower of Wales – represent the NHS as well as a symbolic sign of spring and joy.

“I am over the moon to have won this competition, it was lovely to receive some positive news during such difficult times,” said Alice on hearing that her livery design had been chosen as the winner.

“I wanted my design to reflect all the hard work that our key workers have done during the pandemic and to show a token of appreciation for them. As a family we are keen supporters of Wales Rally GB and are so disappointed that it was unable to take place this year.”