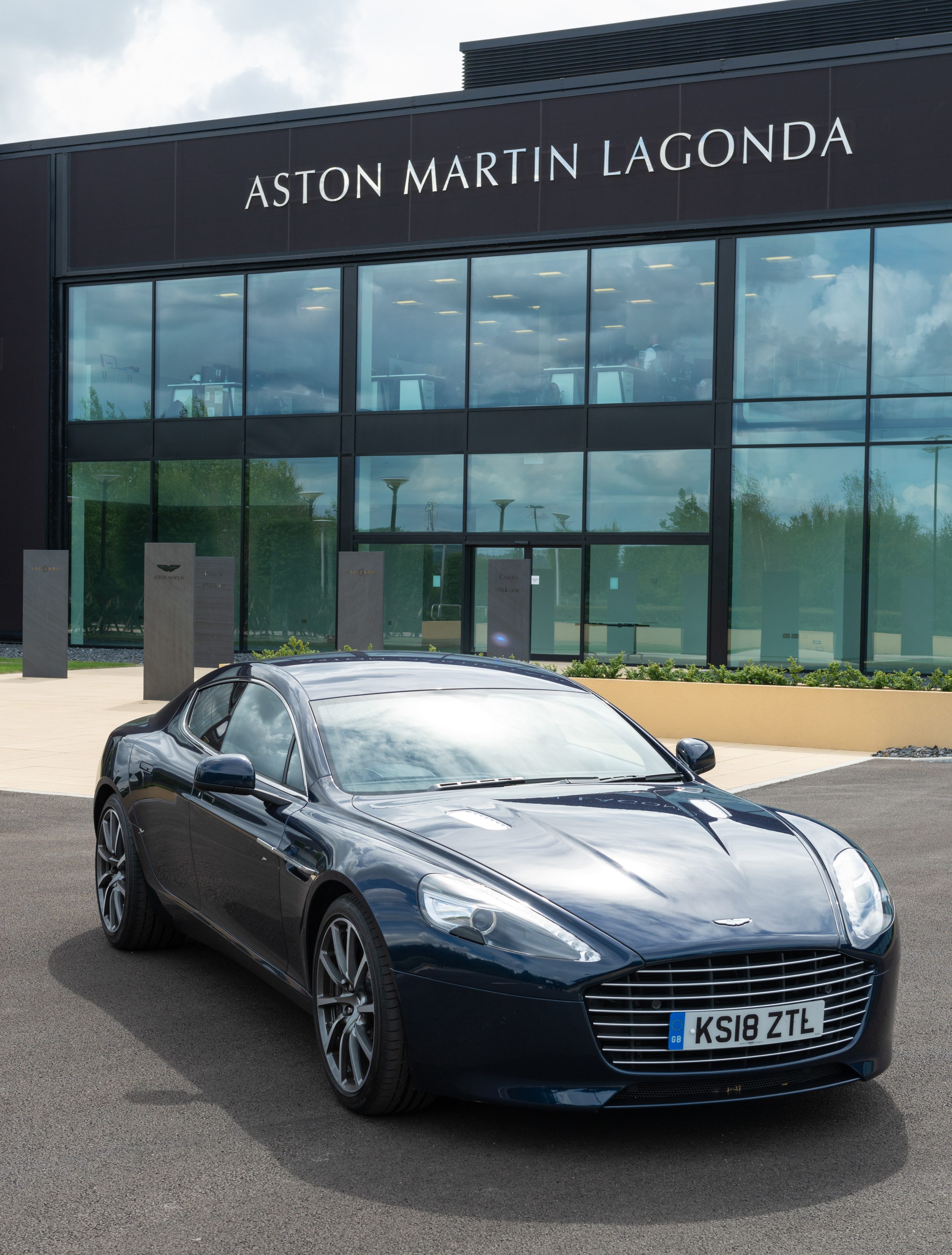 If fortunate enough to buy a high performance coupe, the Aston Martin Rapide S will surprise you and must be on your list, Christmas or anytime, writes Robin Roberts.

Not only does it carry the highly desirable Aston Martin name, but the sleek coupe hides four passenger doors and four figure-hugging seats with reasonable room inside so it’s more practical than you might expect, and the bootspace is also eye-opening.

The successor to the original Rapide from 2010, the S version was launched four years ago but it can still match newer rivals with its head-turning styling and breathtaking performance. 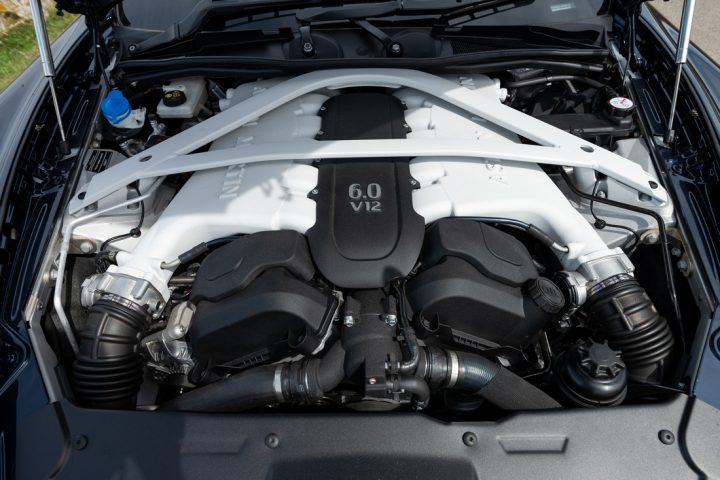 It’s a big car over 5m long but you need that to fit in the 6.0V12 engine, four seats and still have room to relax as you waft along country or main roads. The Rapide S was the first to be fitted with a new 8-speed ZF automatic gearbox with a compact design and light weight feeding the 560PS to the rear wheels and it is a perfect match to the big engine.

Gear changes are quick, very smooth, and can be left to shuffle about or brought into play with paddles on the steering column. The long gearing also means the Rapide S fuel consumption is reduced over the previous model and we saw up to 24mpg before calculating an average 22mpg. 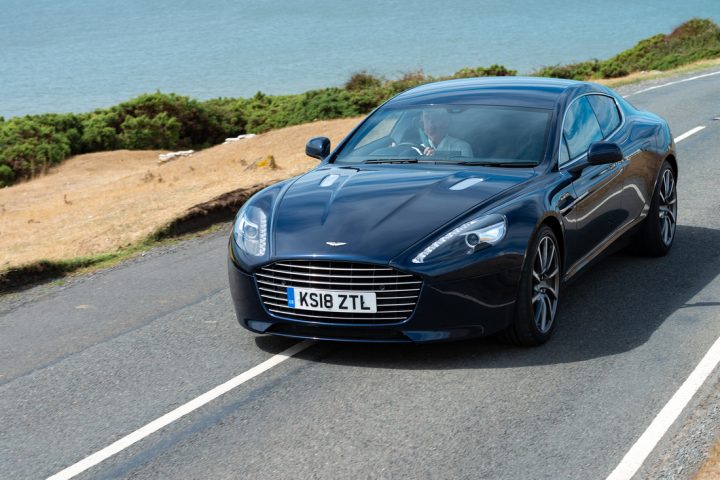 Now a car with all this power underfoot requires the massive brakes of the Rapide S and it needed only gradually increasing pressure on the pedal to bring about a very rapid deceleration from any speed with utter control and no sign of fading. The parking brake also securely held it.

Behind the wheel the feedback is remarkably good, absolutely the right weight for any situation, even if the turning circle is quite big in town or when parking and it did not suffer any vibration or kickback.

The adjustable suspension has three settings and permits a finely tuned set up to match prevailing road or driving preferences so you’re not stuck with a wallowing wagon or a track-tuned boneshaker as in some rivals. It really is highly sophisticated in the suspension department. 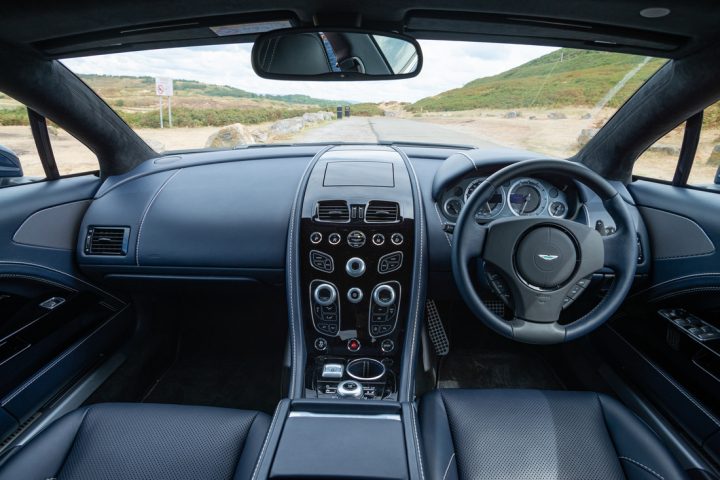 Secondary controls are grouped around the steering column and wheel, or on the big central console finished in smart piano black, and while they look a bit too glitzy for my taste, they are well placed and straightforward to understand and use. The automatic transmission is selected via buttons on the upper face of the console and elementary.

I liked the big instruments directly infront of the driver for road and engine speed and they clearly displayed readings. The heating and ventilation had smaller knobs but the system worked very well, quickly warming or chilling the cabin and maintaining a desired temperature. 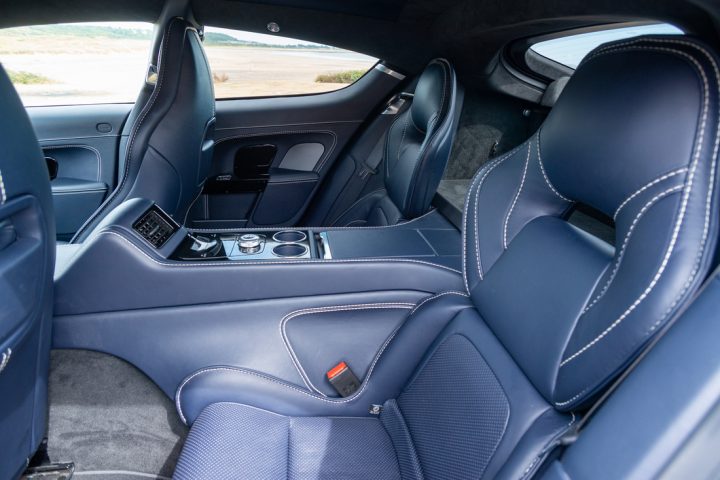 Oddments room was modest with slim compartments and you really have to think about what you might want to take and keep close in the cabin but the nominal boot space was good behind the deep rear sill under the fifth door and the capacity more than doubled when the rear seat-backs were dropped.

In any coupe, visibility is an issue and the Rapide S was no exception with only a limited view through the back window or to the rear flanks so it has a full set of sensors but no camera. The view to sides and front was much better and the very bright headlights and big wipers did good jobs.

The insulation of the cabin is cosy and the four seats really hold you very well and with excellent support infront but less under the thighs in the back two bucket seats. There is plenty of adjustment range on the front pair but anyone over a teenager or short adult in the back would need some compromise from a front seat occupant to be comfortable on a long journey. 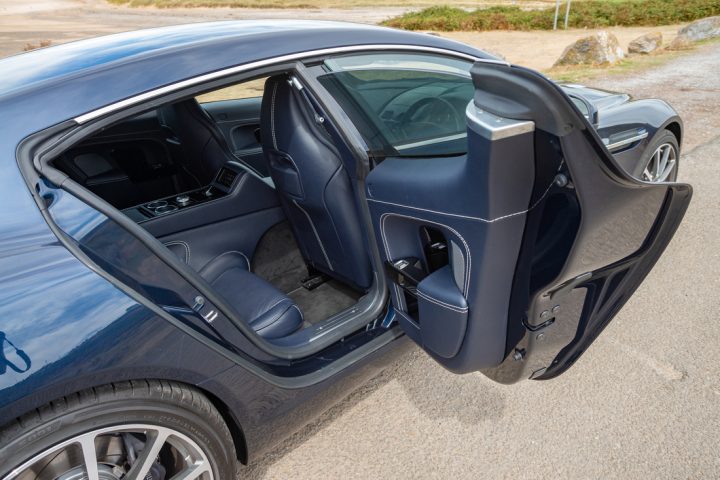 The Aston Martin Rapide S makes a glorious sound when started and just the right amount of engine noise permeates the passenger space on the move, even when the throttle pedal is pushed hard. There are wonderful deep bellows to the engine note and crackles as you back off but they are all very satisfying.

Less so is the amount of road rumble and suspension bump thump which finds its way into the car. They are big wheels and tyres in closely fitting wheel arches so the sound is magnified. 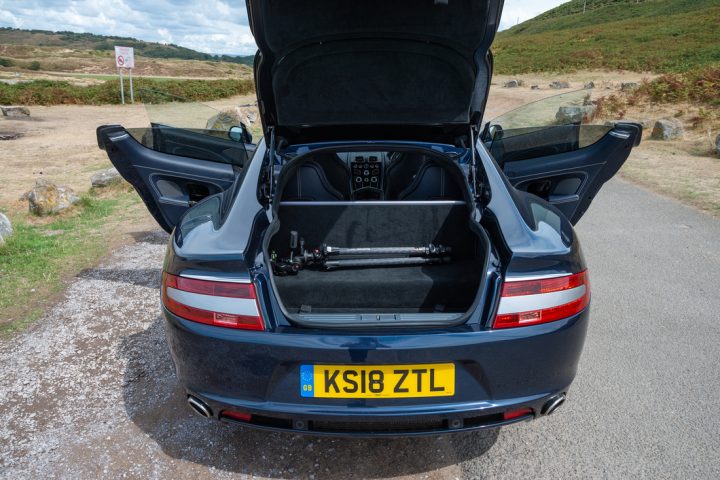 On smooth roads it’s not a problem or noticeable in particular, but over the UK’s poorer tarmac terrain it does become intrusive. Wind and other mechanical noises are almost silent so the road noise, when it occurs, stands out.

We did not have an opportunity to test the top speed of the Rapide S but it was certainly very quick and composed from rest to high speed and it maintained the legal maximum 70mph with a resigned and relaxed gait which also stretched the economy. 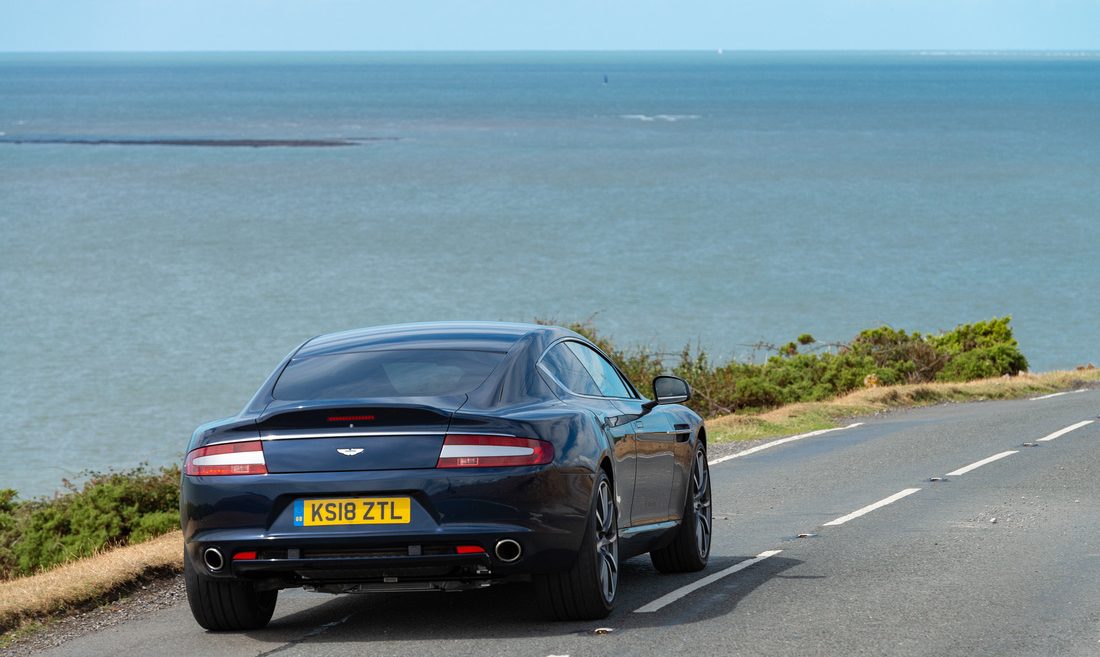 Owning an Aston Martin Rapid S would not be cheap with about £120 needed to refuel it for about 450 miles at a time but there are few better ways to cover distance in a real grand tourer tradition. I may not be able to afford to sign away a cheque, but at least I can write it on the top of my wish-list. 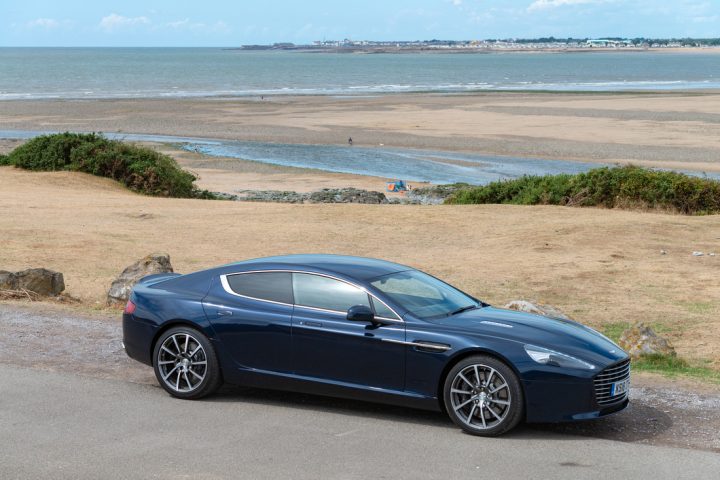