This rather elegant coffee-table book tells the fascinating story of Phillip and Yvonne Haslam’s induction into historic rallying, a hobby that subsequently beguiled and converted them into seasoned and serial competitors on some of the most exotic and daunting historic endurance rallies on the calendar, says Ken Davies. 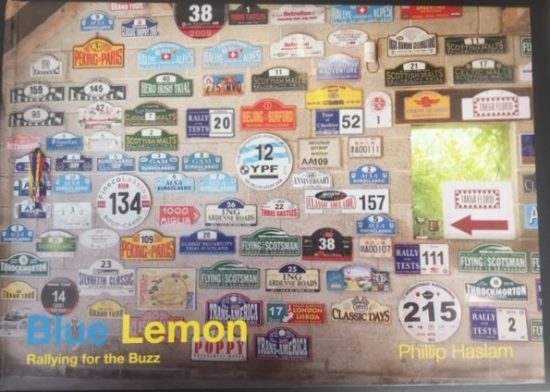 Some 100 rallies through 58 countries totalling over 200,000 hard-fought miles to date. The Haslam’s world map carries a truly enviable portfolio of international destinations – and they have not done just yet!

Released in October 2020, the book is professionally written and well-illustrated with some atmospheric images.

Extravagantly presented, the high-quality, hard-back tome is amusing and self-deprecating, as despite the considerable rallying experience that Phillip and Yvonne have gathered, they never take themselves too seriously and remain refreshingly lighthearted and self-critical throughout.

Following a successful career as principal of an architectural practice, Phillip’s grand retirement plans eschewed the local bowls, bridge and ferret clubs and expanded into a far more hectic – but fulfilling – way of life in the fascinating world of classic cars and historic rallying on a ‘who’s who’ of blue-riband global events to countries not appearing on the average travelogue. From lush green UK countryside, the Haslam’s adventures see them traverse arid deserts, thick forests, chaotic cities and cross almost every major mountain range and continent.

Written in a pleasant, easy to read style, Phillip’s almost encyclopedic power of total recall make this unusual and niche volume a thoroughly enjoyable read. Bad points? None really – except perhaps the 300mm X 210mm X 25mm dimensions of the heavy book are not conducive to easy reading in bed.

Blur Lemon is a great book for those interested in historic rallying mixed with extreme foreign road travel and the Haslem’s press-on-regardless, style of competing is commendable. I imagine a copy of Rudyard Kipling’s immortal poem ‘If’,available in the glove compartment of their cars to use as inspiration in times of tribulation – which have been plentiful.

Multitalented Haslam wrote the book, designed the layouts, organised the printing and self-published. So far, 200 copies are printed with half already sold. Blue Lemon – Rallying for the Buzz is available directly from http//: www.blue-lemon-book.com  or haslamfoo@yahoo.com: ISBN 978-1-5272-6693-3 good value at £30.00 plus P&P. 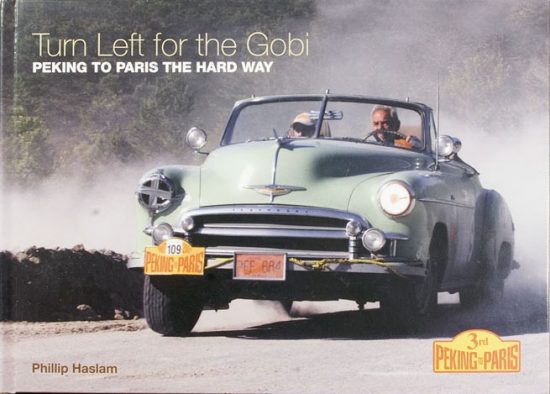 In 2009, the same author published ‘Turn Left for the Gobi’– Peking to Paris the hard way. Another graphic and enjoyable account of the Haslam’s adventures in the Chevrolet on the 2007 historic version of the original 1907 P2P endurance rally.