You are here: Home / Featured / £20M preferred route announced for A40 near Narberth

Welsh Government has decided on its preferred route for a £20M improvement to the A40 north of Narberth, Pembs..

Ken Skates, Welsh Government Economy and Transport Minister, has confirmed the preferred route for improvements between Penblewin Roundabout and Redstone Cross on the A40, with work starting next year and completed in 2021,

The proposal – Option 2B – would be built at an estimated cost of £20m and provide additional A40 overtaking provision in both east and west directions, with a modern “2+1” lane configuration.

It would also incorporate the provision of an overbridge on the B4313, which would maintain north-south local connectivity and improve safety. A new shared cyclist and pedestrian facility is being explored in order to encourage active travel. 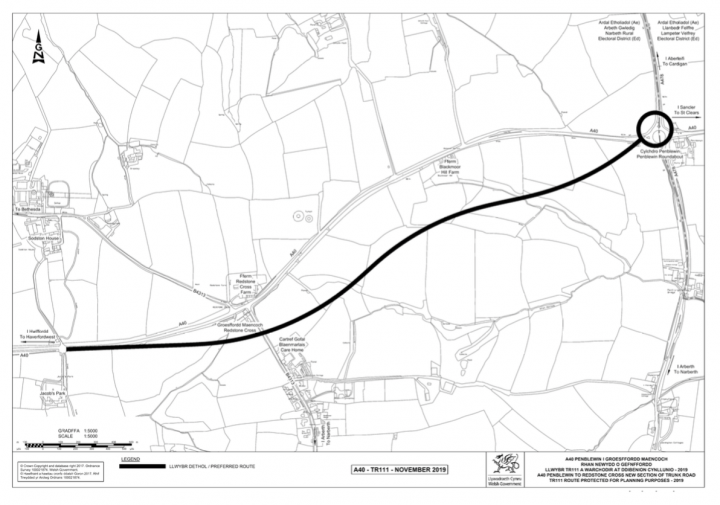