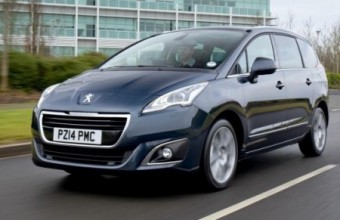 Time is not standing still with the mid-life revamp of the Peugeot 5008 bringing it into line with its more recent stablemates.

There is a new look outside and in, new colours, wheels and enhanced specification across the range of Access, Active and Allure models with only a modest price rise at each stepping point.

Possibly the most practical addition is the fitting of a rear camera to assist with reversing and a measuring system to let the driver know if they can fit into a gap. Looking ahead, an eye-line display shows speed and distance to vehicle infront projected infront of the driver and this can be finely tuned by the driver.

The screen for the audio-navigation and computer is retractable to minimise distractions if desired and the central console has been restyled. 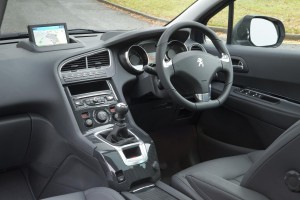 These enhancements will build on the success the Peugeot 5008 has enjoyed from launch, winning numerous awards for best family car, and leaving others outclassed.

The powertrain on our test car was both economical and effective at moving a family around. Power came in quickly, lasted for overtaking and was perfectly adequate for the regular long motorway or main road trips.

Changes were quick and smooth, the car turned in a tight circle and the brakes were strong. Road holding was surefooted, the handling was good if not agile and the high driving and driving position meant you could accurately place it on the road and slip into parking spaces without a problem, helped by the camera and sensors.

With seven individual well-shaped and supporting seats it was a very comfortable car and should you need it, they dropped flat to give a huge loadbed from 679 to 2506 litres. The rear deck was about knee-high so it was easy to load and empty but some may struggle with the high opening tailgate. Oddments space was really very plentiful throughout so it ticks all the boxes as a family holdall. 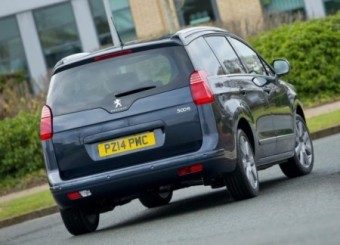 Irrespective of load, the Peugeot 5008 rode well. It was slightly firm with driver alone, but not uncomfortable, and it actually improved with more weight.

The sophistication of the major controls was matched by the refinement of the secondary switches once you remembered where they were all placed in and around the driver. Dials were large and clear, easy to read and understand at a glance.

I liked the climate control heating which bathed the large interior with desired air temperature and volume and backed up by electric windows but there’s no sunroof availability.

Despite some heavy loads and urban use, the Peugeot 5008 1.6 returned close to 50mpg overall, a really impressive figure for so large a car, and with the possibility of taking seven it really makes a lot of financial and common sense as a choice for a practical and comfortable MPV.