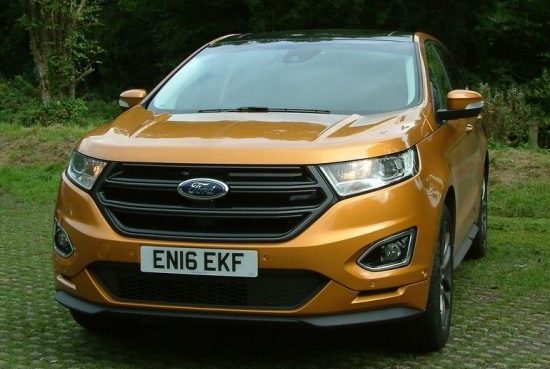 Ford expect to really cut it with the Edge.

SUV sales are soaring and it’s the must-be sector for every manufacturer so Ford has topped its range of “active” models up to now led by the Kuga with a completely new range of larger cars.

There are 11 Edge models on sale with in four trim levels using 180 or 210ps turbo-diesel engines, with a choice of manual or dual-clutch automatic transmissions and priced between £30,000 and £40,250.

Most popular is the 180 Sport version we tested, which is mid-range in the near-dozen model line-up. Edge is well-equipped as standard, offering Ford intelligent all-wheel drive, Active Noise Control, Pedestrian Detection, Ford DAB Audio with SYNC connectivity, privacy glass and 19in alloy wheels.

The 180ps four-cylinder engine yields 400Nm of torque at 2000rpm but it’s not particularly brisk from rest although it has a good spread of power for the intermediate ratios when overtaking. It also cruises very easily and economically on main roads and motorways when it will return just over 40mpg.

In the upper two ratios it’s not particularly flexible and when you are driving across country you might see the consumption rise to 34mpg, particularly if you have a lot of people aboard.

Within its mid-range performance envelope, the 180 Edge is composed and quiet, fairly economical, and smooth. Sometimes I wished it was more powerful.

Only at the highest revs in the lower ratios does the engine sound busy and a few passengers commented on how quiet it was for a diesel in general use.

The clutch pedal had a good light and progressive take up while the six-speed gearbox was also slick and silent, and the adaptive steering was always well weighted for town or open roads. Brakes hauled down speed without drama and a good degree of feedback and the automatic electric parking brake securely held it on our regular test slope.

The usual stalks for headlights and wipers/ wash were well placed and vision was clear in any conditions, helped by wide angle reversing and front cameras and a well priced £150 parking assist system.

Edge has a high waistline and tail so you have blindspots but the cameras, sensors and big mirrors help when manoeuvering, but you still need to exercise care.

Inside, the test car had a £2,000 optional Lux Pack including heated and cooled powered front seats and they were very comfortable with a lot of adjustment range; as well as a big powered sunroof.

For the driver, an adjustable column helped get the right position and there was a clear view to the front and sides with slim A-pillars to the windscreen.

I would have preferred less congested twin instruments directly infront of me, or larger instruments, because the amount of information they displayed was tremendous.

Heating and ventilation was very good throughout with straightforward controls, good output and directional settings and temperature selection. Oddments space was particularly good for a family car.

Many SUVs have a bias towards a hard ride and while Edge has sports springing and damping it actually felt very compliant and comfortable over all but the worst surfaces we encountered. You could hear the system working but it rarely made you feel it.

Handling was good, led by that steering system with a big footprint from the tyres, and it had no real vices with the 180ps output underfoot.

It took five in comfort and with room to spare while the boot floor was high and not particularly deep it was long and wide. It also came with a spare tyre rather than a questionable inflation kit. 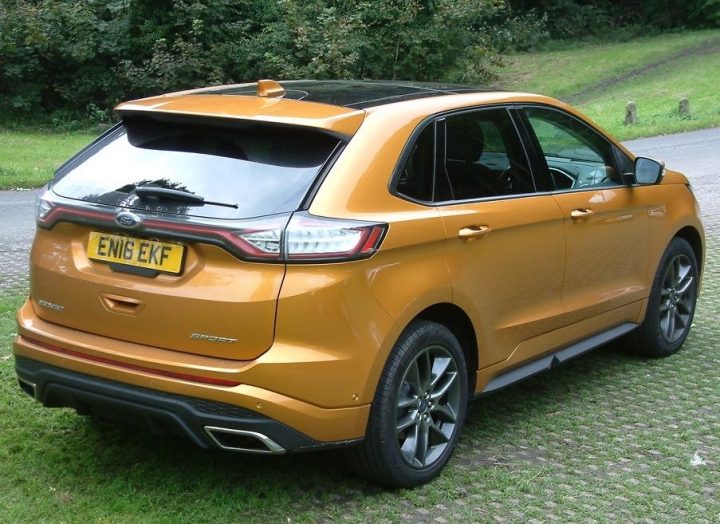 Of all the new SUVs on the market, the Ford Edge is among the best and its interior trim and outward styling catches the eyes. We were asked on a few occasions what model it was and for a car to stand out these days it has to have an edge on its competitors. This does.

For: Room, ride, handling, and equipment

Against: Engine and road noise, underpowered