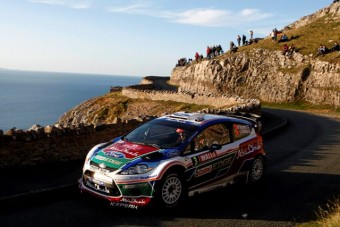 The event in November will also see the return of famous Myherin and iconic Great Orme stages.

Advance tickets will offer up to 25 per cent savings on 2014 prices and a new  e-ticketing system simplifies buying.

This year’s Wales Rally GB 12-15 November is once again the concluding round of the 2015 FIA World Rally Championship will again be based in Deeside, with the majority of the timed Special Stages in the forests of north and mid-Wales.

The route features the RallyFest at Chirk Castle, as well as the unique challenge of two stages run in darkness on Saturday evening and the Deeside service park will be open most of Sunday to cater for spectators.