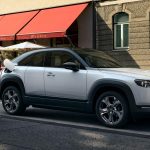 The Mazda MX-30 all electric SUV will go on sale in Europe in 12 months time. It is expected in the UK in Spring 2021. Owners of Fiat, Jeep, Alfa Romeo and Abarth vehicles can now benefit from a range of fast, convenient repairs & services, without having to pre-book thanks to the new MOPAR Express Lane service. This new concept has opened at 103 workshops across the FCA retail network and … END_OF_DOCUMENT_TOKEN_TO_BE_REPLACED

A Swedish court acquitted former top managers at Saab of tax evasion and fraud charges relating to their failed attempts to save the Swedish automotive brand, which went bust in 2011. Former Saab CEOs, Victor Muller and Jan Ake Jonsson, were accused along with five other people of forging documents to secure funding from Russian tycoon Vladimir Antonov and of giving an overly optimistic view of … END_OF_DOCUMENT_TOKEN_TO_BE_REPLACED

Germany's auto industry is losing hope that trade tariffs with the UK can be avoided, several executives have told Reuters, despite warnings from British Prime Minister Theresa May that an overly tough stance on post-Brexit commerce would seriously harm the country's EU partners. " Merkel may force us to walk away from UK profits for the sake of preventing further EU fragmentation," said a … END_OF_DOCUMENT_TOKEN_TO_BE_REPLACED

Saab AB, the Swedish aerospace company that owns the Saab brand, will not allow its name or logo to be used on future models produced by National Electric Vehicle Sweden. NEVS, which bought the assets of bankrupt Saab Automobile in 2012, has announced two big deals in the past few weeks to supply electric Saab 9-3-based  sedans to two separate Chinese companies as part of China's push to make … END_OF_DOCUMENT_TOKEN_TO_BE_REPLACED 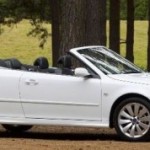 With Spring just around the corner, it will soon be time for all those Convertibles to take to the roads.  And to help prepare your car for the season ahead, Saab Parts UK is pleased to announce a Spring Service Offer for all Saabs, including a free MoT in March, for £299. Available exclusively at Authorised Saab Service Centres and using trained technicians to fit genuine Saab parts … END_OF_DOCUMENT_TOKEN_TO_BE_REPLACED