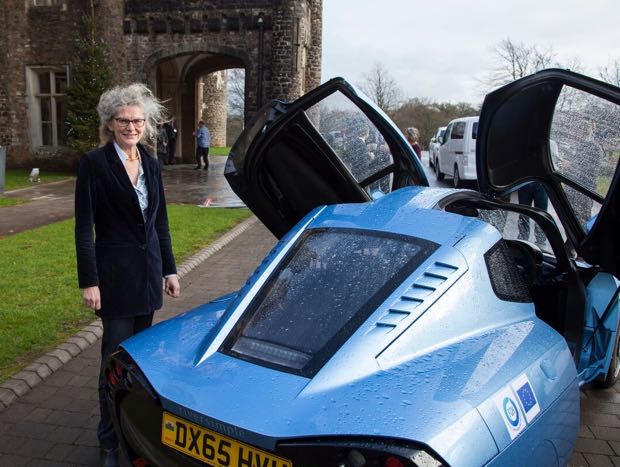 One of the world’s leading technology companies has stepped in to boost plans and build hydrogen vehicles in Wales for global sale.

Siemens UK has signed a memorandum of understanding with Riversimple, of Llandrindod Wells to make their Rasa car and a local delivery van.

The car is already being prepared for trials with 12 drivers living in Abergavenny and the Welsh company installed a hydrogen filling station for them to use free of charge.

Riversimple is in the process of raising £150M over the next three years to go into mass production with the car appearing in two years and the van about 12 months later.

In a press release today, both companies said it was their intention to use the MOU to progress Riversimple’s sustainability initiatives and ensure local component sourcing, local job creation and training as well as putting the operation on a firm financial footing. Siemens will also advise on the factory production layout and electronic componentry and it will supply some equipment.

Production will begin on one site but it’s intended to commission a second and create up to 220 jobs in each, probably in the Mid-Wales area and aiming for 5,000 vehicles from each annually.

Brian Holliday, MD Siemens Digital Industries GB & Ireland, said, “We are delighted to be working with Riversimple, a UK company, which has designed and built a revolutionary electric car that runs on hydrogen.

“We support firms that produce boundary-breaking products in terms of design, manufacturing and performance. It is particularly satisfying when we get to support a programme with sustainability at its heart that can make a difference to the health of our planet.”

Riversimple has also announced the appointment of Gambit Corporate Finance LLP and an investment round that aims to raise £150 million over the next three years, to fund two manufacturing plants.

Currently, Riversimple is building a low volume production run of Rasas for a trial with the general public based in Abergavenny in Monmouthshire supported by OZEV as part of the HTP programme. 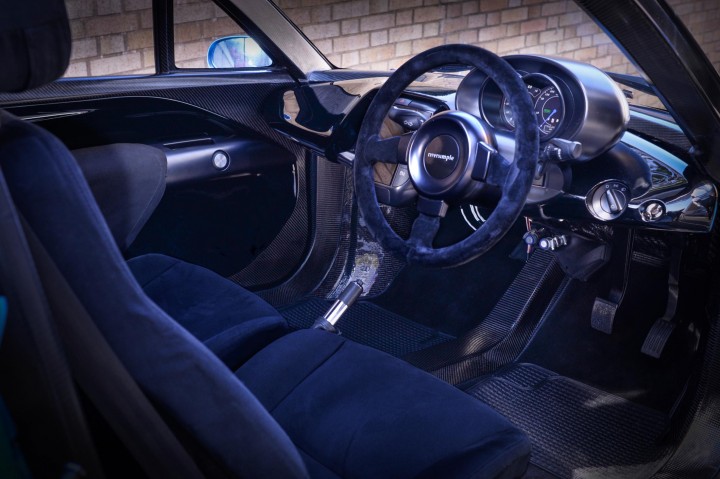 Hugo Spowers, MD of Riversimple, added, “Siemens is involved in green energy generation, has a history of enabling technology companies like ours and share our passion for sustainability, hydrogen and the circular economy with expertise in technology software and plant simulation as well as financing the tech sector.”

Co-director Fiona Spowers said it was a major vote of confidence for Riversimple to have a major international company with such experience at Siemens to join in the development.

She said it is intended to source as many components for the vehicles in Wales and talks are underway to bring the electric motor manufacturers and composite chassis fabricators to Wales and support the ventures to cut down on costs and maintain continuity of supply.

Wales’s Minister for Economy and Transport, Ken Skates, said, “I welcome the news Siemens UK has signed this memorandum of understanding with Riversimple, and wish them both much success as they progress exciting plans to mass produce hydrogen vehicles in Wales which will help tackle the global climate emergency.

“The sort of innovation Riversimple has shown in creating the Rasa is to be applauded. It is an incredible machine – a first-of-its-kind in the world – boasting low carbon technology, and I am incredibly proud it has been designed and developed here in Wales with support along the way from Welsh Government.”