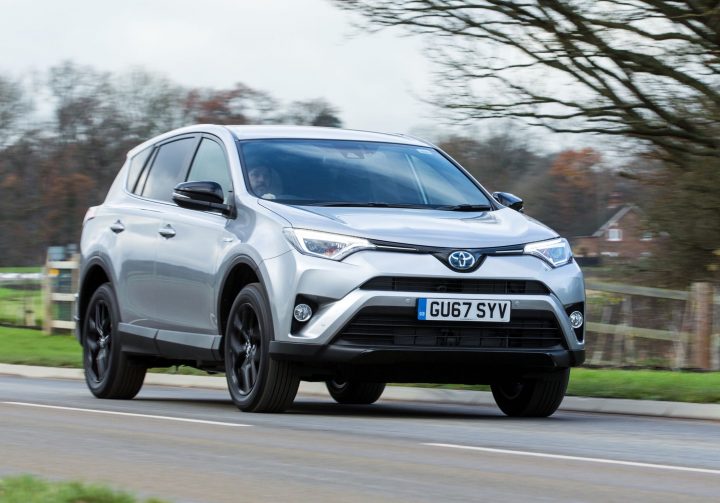 Hybrids powertrains are the in-thing at the moment, but that’s not a surprise to Toyota who started development nearly 50 years ago and were among the first to put one on sale 25 years ago.

Alongside hybrid technology, Toyota were working on the world’s modern first compact SUV and showed us the RAV4 in the mid 1990s.  Come up to date and we have the two sectors merged in the RAV4 Hybrid series and it’s an impressive marriage of convenience.

Originally appearing in 1994, RAV4 has evolved from a compact SUV to the modern shape through four generations which have amassed over six million global sales including 1.5 million in Europe.

Today’s Toyota UK RAV4 range comprise six models in four trim levels from £29,010 to £33,745 with petrol or diesel engines and AWD or FWD, mostly automatics but also a solitary six-speed manual in a two-wheel-drive diesel version.

Our Icon Tech model is one of the most popular and came with automatic lights, anti-collision and lane assist, powered window and tailgate, parking sensors and camera, 7-inch touchscreen incorporating satnav and infotainment system among other things. It wasn’t lacking much in practical terms.

The 4×2 powertrain is biased towards electric assistance to optimise performance on the road while minimising emissions and there is no need to plug-in the system which is self-charging all the time. 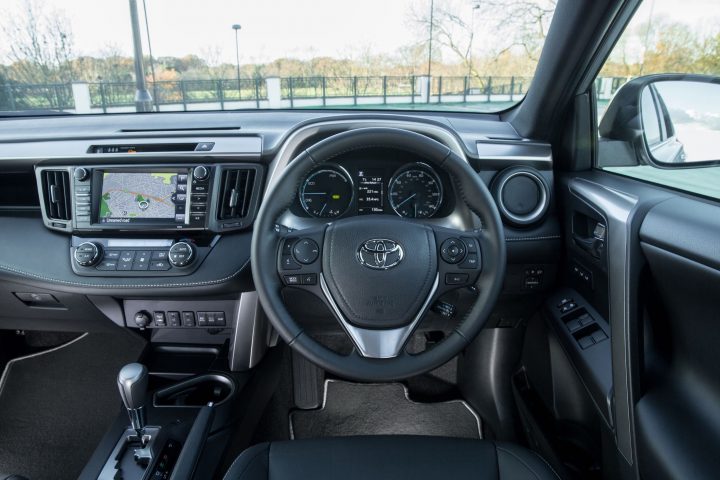 You can see how its performing at any time with a clear dashboard display and if you want or need to run in pure electric mode you can manually select the drive for a few miles, say in a clean air zone or heavy traffic, optimising it all the time by reducing climate control fan or turning off the heated rear window element.

The 4WD versions have an additional electric motor for the back wheels to give more grip but emissions are slightly higher and you pay more BIK for business use.

The reality is that the test car would easily fulfill most needs with good room for five, although there are only two ISOfix points in the rear and not three, and the luggage space on a low and flat floor is very good.

Access to that and the interior is excellent, you ride higher than in most cars and you have good vision to front and sides, but less to the rear and over the shoulder so the reversing sensors and camera really come into their own if you are careful. 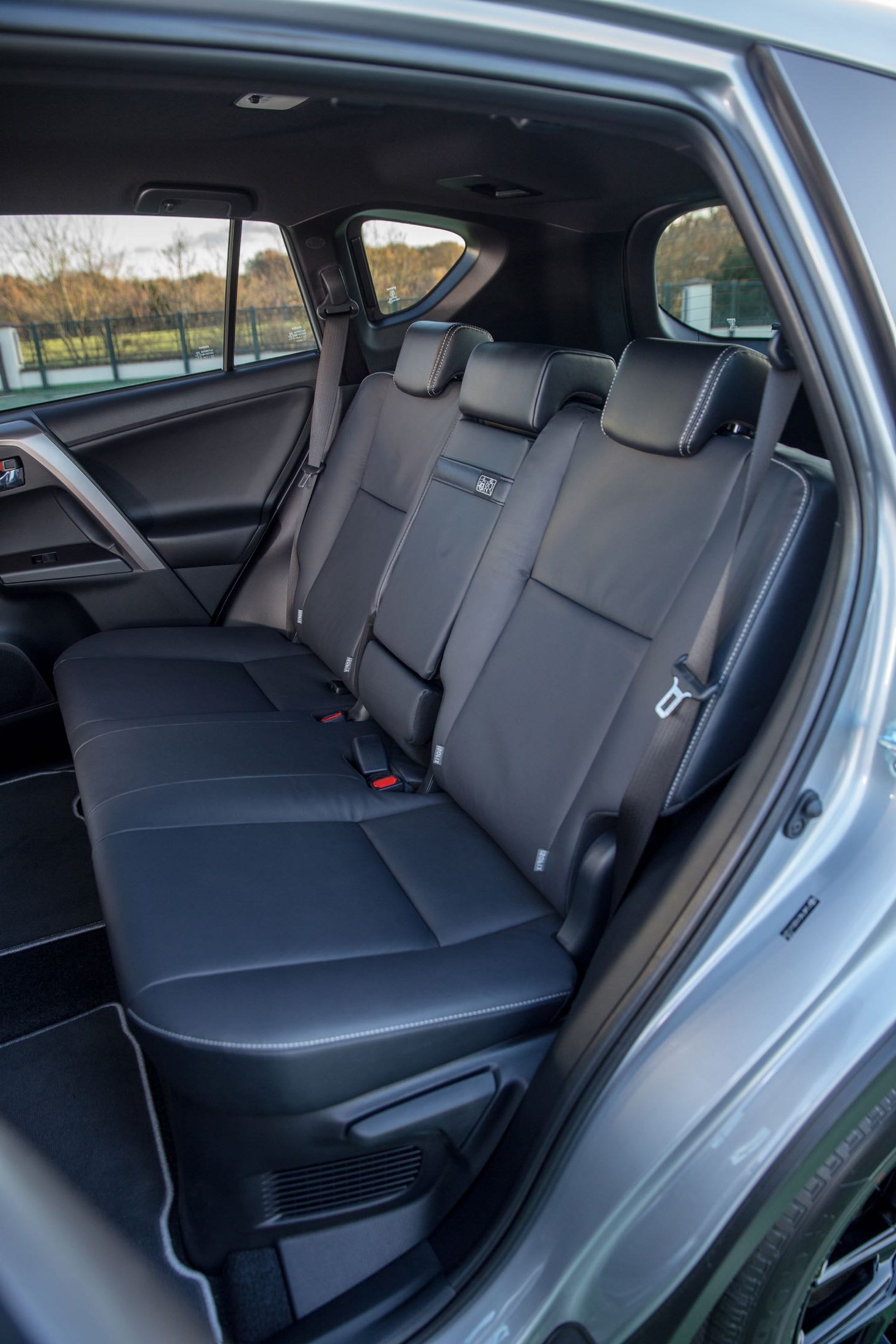 For the driver, the petrol-electric powertrain is an effortless performer with reasonable acceleration and good motorway cruising ability as well as satisfying economy overall. The petrol engine develops about 150bhp and the electric motor approximately 45bhp assistance without driver intervention.

The engine always starts in silent electric mode and as load or speed increase the petrol unit cuts in until you become stationary and it all shuts down until easing off the big brake pedal.

The CVT unit is a straightforward grip-and-go lever but you have the ability to nudge it sideways and select a sport mode for added performance when overtaking, for instance. It creates a distant whirring sound when working but it’s not very loud and the petrol engine’s busier note under hard use is more noticeable.

The tyres’ rumble is fairly constant and louder over poorer pieces of tarmac or unmade roads but wind and other mechanical noise are very low. 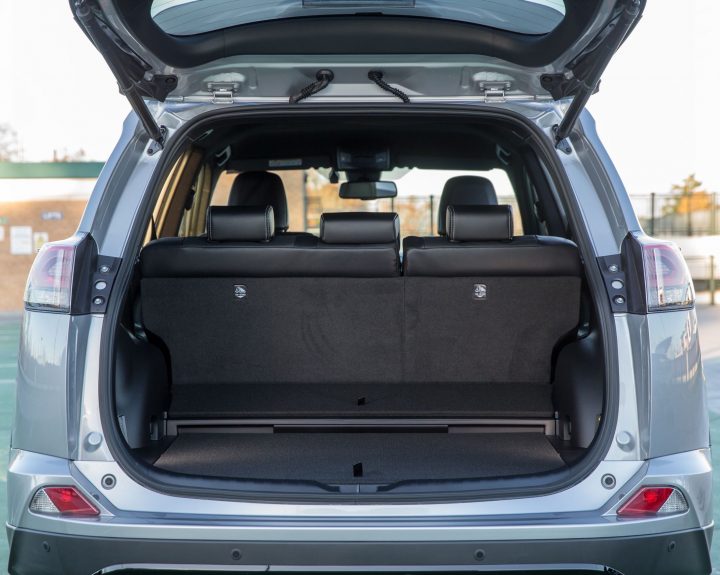 Having said that, the RAV4’s ride was generally smooth and compliant with little body roll or pitching, it turned accurately and slowed easily, with a strong parking brake as well as the hill-start assist feature on the transmission. It was easy to park thanks to sensors and camera.

Instruments were conventional for most features, backed up by a multi-purpose instruments screen for a host of things, mostly related to the car’s running and performance. They were easy to select and clearly displayed.

Heating and ventilation quickly filled the cabin with air at the chosen temperature backed up by powered windows. 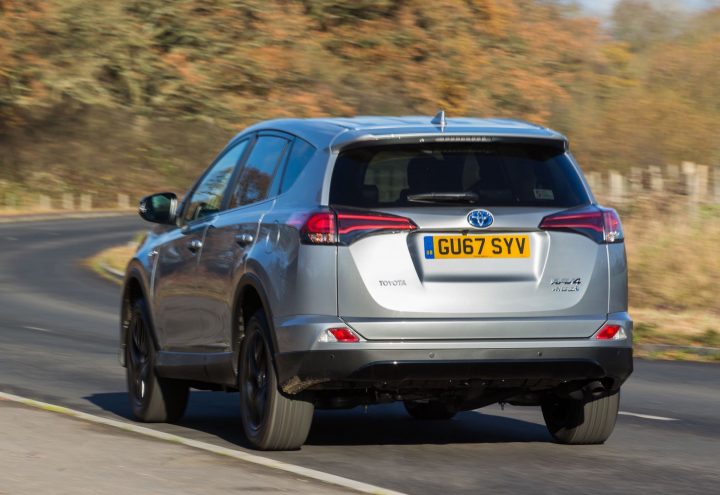 The RAV4 accelerated easily but it wasn’t very fast, more a capable long distance economical cruiser for a family.

It was possible to keep up a good pace across country, overtake safely and then maintain good progress.

The latest RAV4 is a long way from its origins but it is a highly desirable modern SUV with mixed abilities, a good warranty and potentially low running and ownership costs, which is surely what many buyers want today.