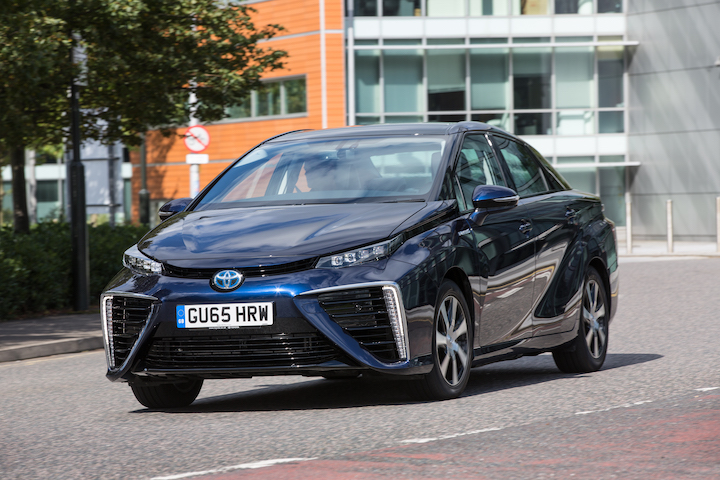 The future of motoring is on the road, here and now but in limited numbers.

Very slowly and with little fanfare, the Toyota Mirai (meaning ‘the future’) has been introduced and is being sold to selected customers who can access hydrogen fuel.

So far there are only about 20 Mirai models on UK roads and another 30 will come in 2017 but the numbers will rise as the refuelling infrastructure expands from metropolitan areas into the country as a whole. If you have the space, funds and necessary planning approval, you could install a mobile hydrogen tanker on your premises as suppliers exist.

There are currently two private hydrogen-refuelling sites in Wales used by academics for research vehicles, but so far as we have been able to discover there is no public refuelling site. 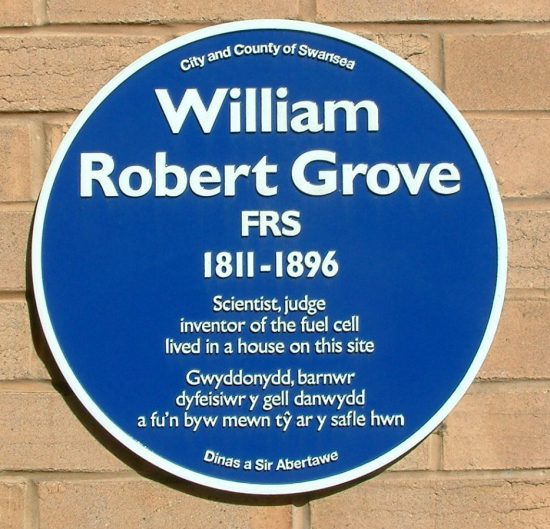 Ironically, the fuel cell was invented in Wales in 1835 but only in the latter part of the 20th century was its full potential appreciated. European car-makers have experimented with the fuel cell in adapted versions of recognised production cars and it has taken the Japanese to engineer and produce dedicated FCVs which are modern, fully exploit the potential of hydrogen and have been first to bring it to market, albeit in a very limited way.

Toyota has been in the forefront of FCV development and the Mirai is their flagbearer, and it really is a game-changer so far as I am concerned.

About the size of an Avensis and using some powertrain technology from the Camry, the Mirai is a strict four-seater with a distinctive nose and profile of a body which cleverly conceals the twin crash & bullet-proof fuel tanks and powertrain while inside it looks highly conventional to anyone with an automatic car. 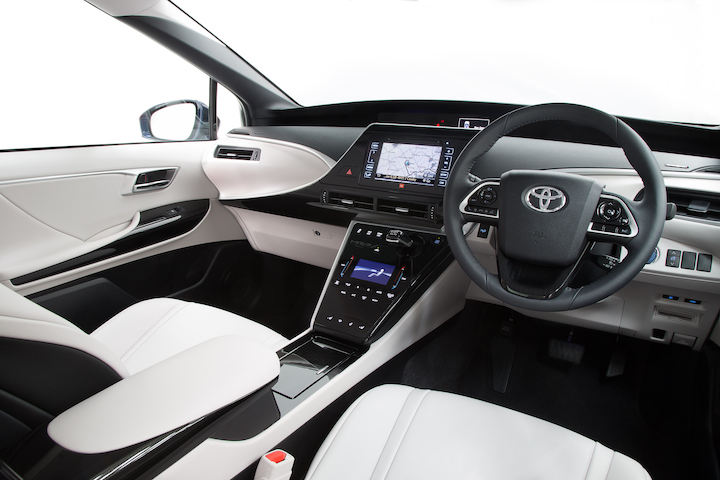 It looks a lot more upmarket inside than the Toyota name might suggest with shiny surfaces and soft-touch features, sweeping curves to fascia, door linings and console area as well as a cocooned rear seat styling. The boot is good for a golf bag or some weekend cases if you ensure hydrogen fuel stations can be found for that break. 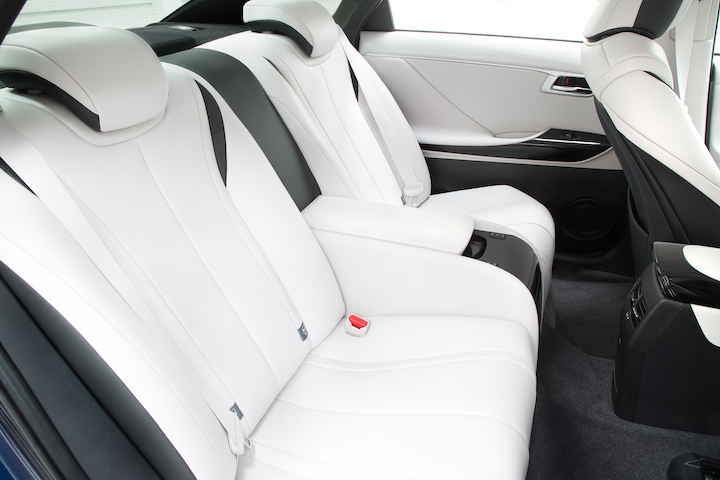 Access is very good and once inside the seats are very comfortable with good adjustment range infront and there is excellent vision to front and sides but more restricted to the back with its high tail and reversing camera and sensors are vital.

Being electric in operation there is no noise when starting but I was aware on the road of a low-pitched humm, possibly from the power motor or tyres. Acceleration was good, not outstanding, and it quietly cruised main roads and through villages with occasional bump thumps from the suspension. Wind or other mechanical noises were absent.

This refinement put me in mind of a Bentley or top of range premium car and I had to keep reminding myself it was under £67,000 before the OLEV grant kicked in.

The electric steering masks a lot of feedback through the wheel and while it faithfully goes where you point it, there is no sportiness to it. The brakes were progressive in action and easily slowed it from any speed, the parking brake worked on a steep slope without concern.

Ride quality was insulating and generally very smooth with a neutral temperament in tight corners and little body roll to upset driver or passengers.

Most major controls and secondaries were conventional and almost straight from an automatic but the instruments were different.

There’s a speedometer as the law dictates but then the system takes you beyond and into the realms of adventure with gauges and indicators for power application, consumption and range, suggested or indicated power use and you can even dump excess water from the reaction process before you park in a garage and the Mirai wets itself on the floor, as water vapour is the only tailpipe emission and it has to go somewhere.

Toyota has put a lot in the Mirai so it comes with wireless or inductive phone charging, rear view camera, heated steering wheel, advanced infotainment and navigation systems, 17-inch alloys and LED lights among other things. It is very well specified and equipped for a car at this price.

Dual zone climate control and powered windows worked well to keep the interior at a desired temperature but there is no sunroof.

The oddments space is very good for this size of car with plenty of places to stow items for the four occupants.

If you have driven an electric car you will be familiar with the near silent operation of the system and its much the same with the Mirai, after all it creates electricity by chemical reaction, and it can be going surprisingly quickly as a result when it builds up momentum.

Slowing puts a retardation charge into the batteries to extend their range and minimise hydrogen, and careful use of throttle and power modes will push it still further.

Its hard to quantify the actual miles per gallon as the Mirai consumption is illustrated in KG hydrogen/100KM but our best approximation after a run was about 30mpg, possibly a bit more.

Look at the automotive history books and you would see that our familiar network of petrol and diesel filling stations only came about as the transport industry expanded from the requirements of long distance lorries while coaches refuelled at their depots, and then the car became the normal mode of transport for families and tool of business. 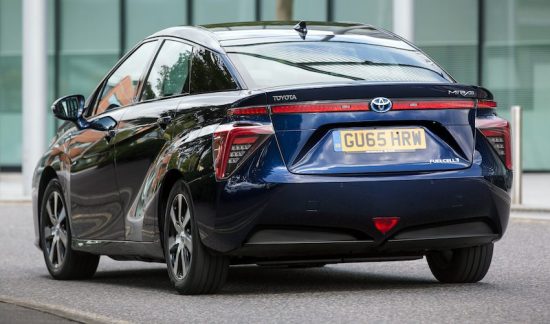 More hydrogen refuelling stations are outside the control of Toyota but it has made a brave and important statement about the direction we will be taking over the next generation or two. Mirai is also a good car for time travellers to observe the future.