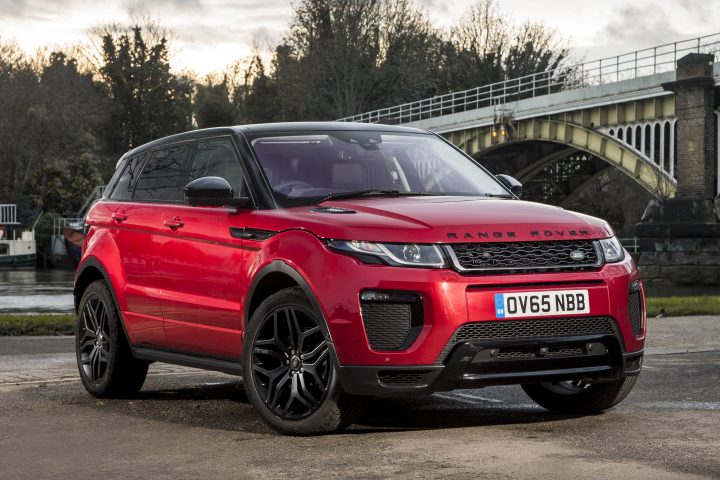 The Range Rover Evoque is one of the most successful models in the company’s long history and it looks like maintaining that position for many years to come with its latest engines, writes Robin Roberts.

Land Rover has played a very careful game of balancing global diesel demand with cleaner petrol technology and the new Si4 series achieves the best of both worlds in the ground-breaking compact SUV.

If you tow or do long distances then the gutsy diesel is still the best while greener drivers coping with clean air zones can select a range of outputs from the petrol side of the Si4 family. It’s a marriage made not in heaven but Wolverhampton engine plant.

On sale since 2011, it was refreshed two years later and the Convertible joined three and five versions of the 2WD and 4WD model to become the company’s most successful with sales shooting past 600,000, following assembly in China, India and Brazil as well as Halewood, Liverpool.

Now, the new Si4 engines comprise 240 and 290hp petrol along with 150, 180 and 240 diesels, five versions in all, The 240hp test model was equipped with a range of options including magnetic damping, upgraded leather trim and heated steering wheel, privacy glass and contrasting roof colour. 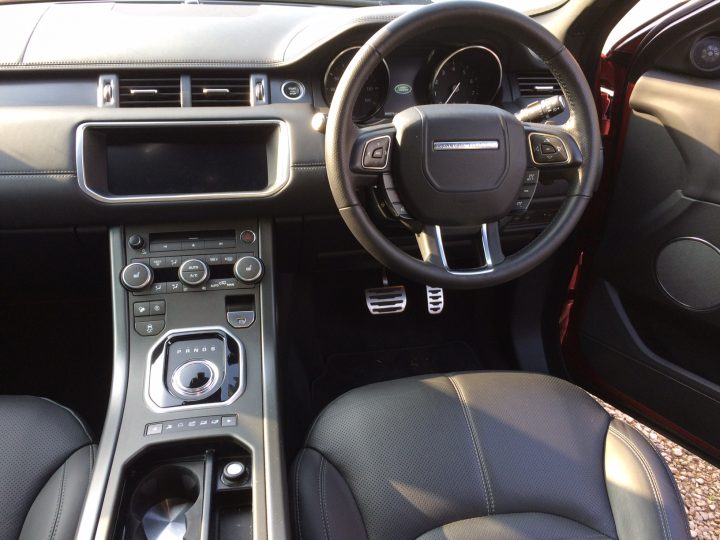 The powertrain is a very good blend of output with delivery and the results are good figures for everyday use and economy. Combined with the easy to use all-wheel-drive transmission utilising selectable control settings for any surface, you have something to take on all elements with confidence.

It certainly felt very planted on the road, almost too secure in fact as it did not feel particularly nimble or agile at low or moderate speed. Responses seemed better at higher speed.

The feedback through the steering wheel was fairly good but it sometimes seemed remote, unlike the brakes which gave an excellent indication of their assistance and were very effective slowing the 1.7 tonnes car from high speed.

Fitted with optional magnetically assisted suspension the ride was initially firm before it responded to the surface beneath the tyres and this may also be the reason why it didn’t feel as agile as I remember earlier Evoques to have been.

So it was left to the big, thickly padded seats to caress the occupants and they did a good job with full and extensive adjustment on the heated front pair for reach, rake, lumber and thigh support and well-upholstered rear seats. 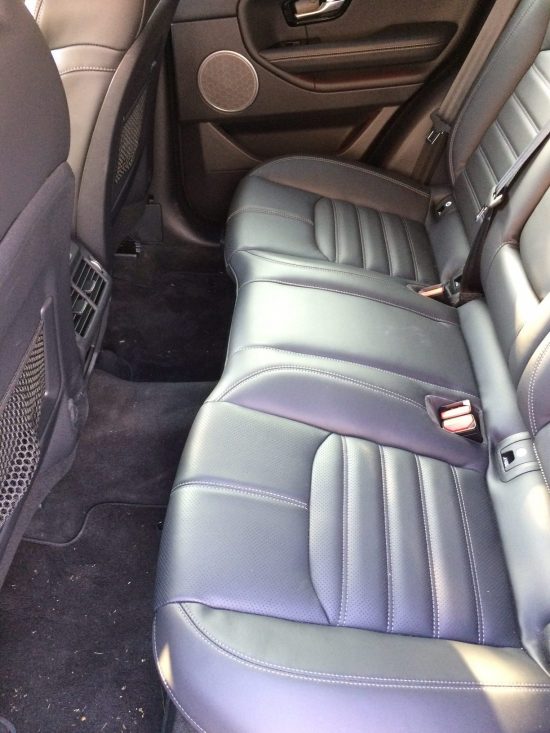 There was good room for four, a pinch for five, and taller people in the back might find headroom limiting.

Bootspace was very good with thigh-high floor and was  immediately variable for different configurations, while oddments room was excellent throughout.

Access for driver and passengers was easy through big door openings and a slight climb into seats which meant you sat higher than most cars and could see to sides and front. The rear vision was very poor and reversing camera and sensors were certainly needed, while wipers and headlights did excellent jobs.

Noise levels were low, the most noticeable being road rumbles unless the engine was really pressed to perform and it became busier but not really thrashy at high speed through the gears. Si4 was designed to be low friction, smooth and quiet and this has largely been achieved which adds to the model’s refinement and sophistication.

The ease of the major controls was maintained by the workings of the secondary switches around the steering wheel and on the fascia. I am a fan of the rising gear selector, its precision and the selectable surface modes of the transmission.

Big tacho and speedometer gauges straddle a smaller screen displaying a variety of preset functions while the big central console disply looks after the infotainment and navigation over some simple push buttons and rotary controls for the effective heating and ventilation. It’s a good combination of functions and display. 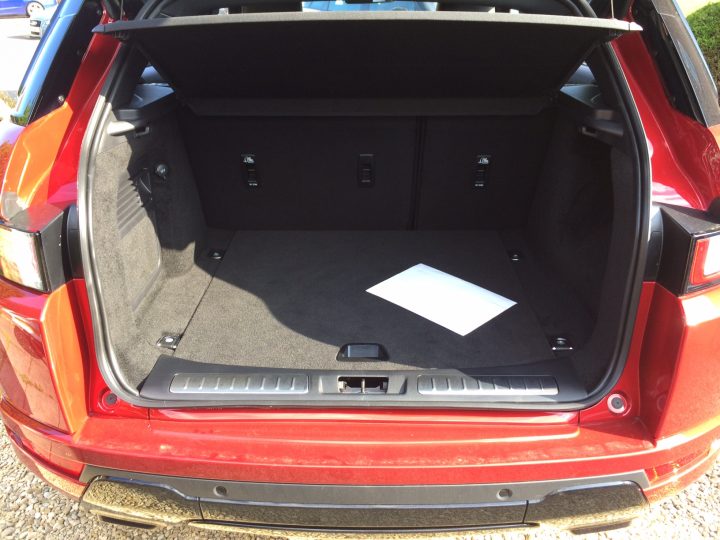 The thickly padded dash and door cappings combined with the generously padded seats give a feeling of being in a cocoon, insulated from the outside world and all its nastiness. It’s you and them.

Certainly, the Range Rover Evoque 2.0 Si4 petrol is an impressive model and I am sure it’ll do a good job in any conditions for a very long time. 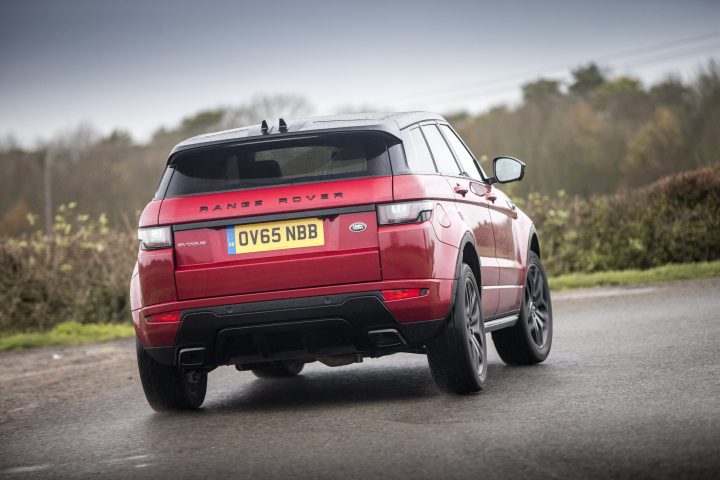 And most of that time you’ll be going forward but just be careful when reversing.