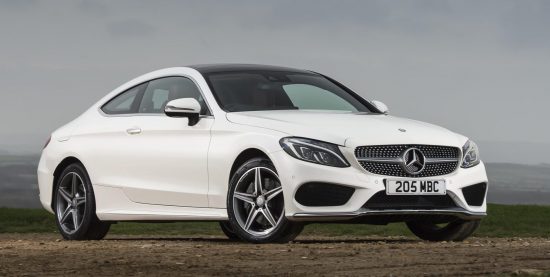 You know Mercedes-Benz must be doing something right after nearly a century of making cars and when close rivals are struggling they turn out models like the C-class 250d AMG Line coupe.

It’s not smallest, biggest, most economical or fastest, but it simply does so many things so well it stands head and shoulders above competitors in its class.

If you asked me to define this coupe test model in a word I would carefully use “Refined” to answer you.

The coupe styling can attract and at the same time annoy with a rear visibility issue. The very sophisticated simulated-leather filled interior clothes a truly silken and silent power-train and sets a very high benchmark in excellence.

That engine and gearbox packs a punch in a silk glove, delivering instant get up and go, imperceptible changes up or down and economy which we saw at worse 48mpg and best 60mpg over a wide variety of roads.

The nine-speed automatic has selectable modes to stretch economy or performance as desired and it was sharp when needed or more sober at times. Having so many ratios really made a difference to the driving enjoyment.

There’s 500Nm or torque at just 1600rpm so it is quick from standstill, through the gears when overtaking and motorway journeys are thoroughly relaxed and enjoyable with the fuel needle barely moving for most commutes.

It’s all about ease of use and the steering had an excellent feedback and balance between assistance and accurately placing the car through a corner. When needed, the brakes really hauled down speed in an undramatic but impressive manner with modest pedal pressure. 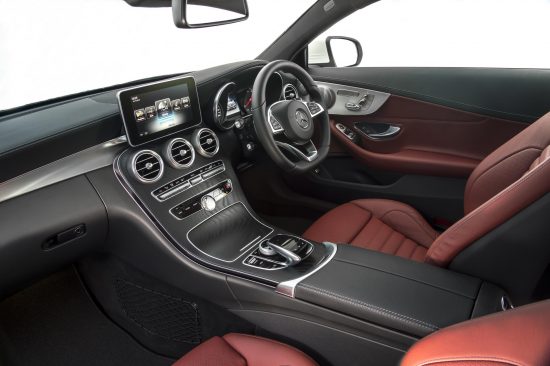 I took a bit of time to come to terms with the secondary controls but they worked with a satisfying solidity as if carved out of the car itself. The instruments were big and clear and you have a central infotainment screen with doubles up for other functions as well, but which some may find a bit fiddly to use on the move.

The coupe’s automatic climate control did a superb job once set up as desired and it is backed up by powered windows in the front.

The oddments room was reasonable but not exceptional with a multitude of small places to keep items but you’d struggle to stow large items. The boot had a high opening lid, a low sill and wide interior for a couple of good sized cases for a trip. 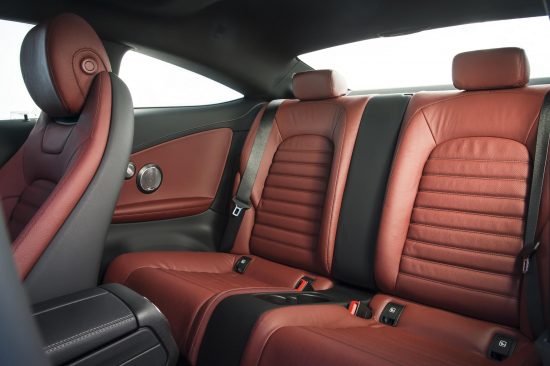 Getting into the front was very easy with big wide opening doors and it was not too difficult to climb into the back seats, but once the legroom and headroom would be tight for anyone above average height. I liked the front seats’ electrical controls visible on the door cappings rather than hidden on the seat sides.

Ride comfort was really very good despite the sporting settings to suspension and the low profile tyres. You could hear the system working to smooth out the bumps and the big tyres did transmit a lot of road noise but the occupants were at nearly all times insulated from shocks and bumps. 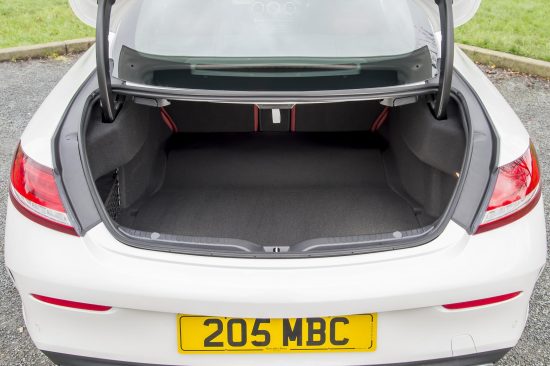 The coupe’s grip was tenacious thanks to those big tyres and its showed little tendency to want to run wide on corners unless you really pressed on the throttle and sharply turned into a bend. The handling was faithful and generally worry free.

I was more concerned about the rear blindspots despite having reversing sensors and camera, but it’s something you would get use to with familiarity. I loved the efficient wipers and powerful, wide-spread intelligent headlights which made bad weather a minor irritation to driving enjoyment and saved oncoming drivers from being dazzled. 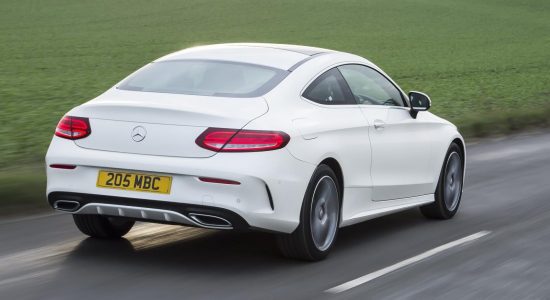 The MB C-class 250d Coupe AMG Line is a car which satisfies on so many levels, irritates on none, and delivers exceptional refinement and sophistication in everything it does. It carries a premium price for its size yet it comes close to being worth every pound.