From its earliest beginnings the Jazz offered unrivalled practicality with its really clever Magic Seats for three passengers but can also completely flip flat into a van-like carrier, or their bases can be folded up to take tall items lodged in the footwells. No other rival can do that.

The latest Mk4 version comes in five models, three trim levels and standard or slightly taller Crosstar body from around £19,000 to £24,600. All are hybrids with continuously variable automatic transmission. 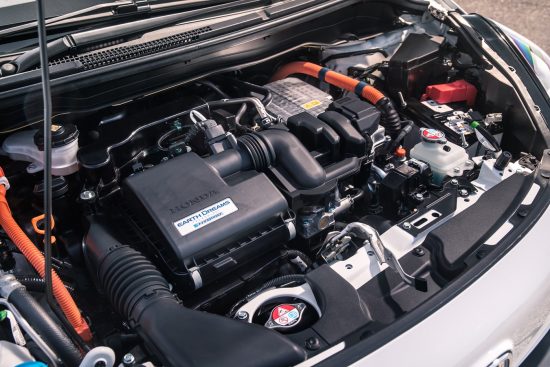 Wisely, Honda has chosen to build on the Mk3’s attributes and not start from scratch while it sits on the latest platform and benefits from the company’s highly sophisticated petrol-electric self-charging powertrain. Only the Jazz Crosstar version takes it into a new direction, but mechanically they are the same.

So they get the very latest suite of advanced safety features to alert drivers to dangers around them and monitor speed limits and tiredness but also work with mobile phones and pads through integrated entertainment technology to deliver a relaxing environment for driver and passengers.

The power train matches an electric motor for urban use with assistance for the 4cyl 1.5 litre petrol engine when needed and there is no need to  plug in a cable to recharge the traction battery taking its power from the car’s movement.

Together, they can offer impressive range and the driver can push up the recharging by selecting an extra Boost button on the continuously variable transmission together with the eco-mode button. We saw an overall fuel average of mid-50s but for mostly mixed road driving with frequent recuperative power it was into the 60s without any problem.

The brakes were up to their task and with just modest pressure on the pedal the Jazz quickly slowed under full control while an electric parking brake comes with a hill-hold facility. 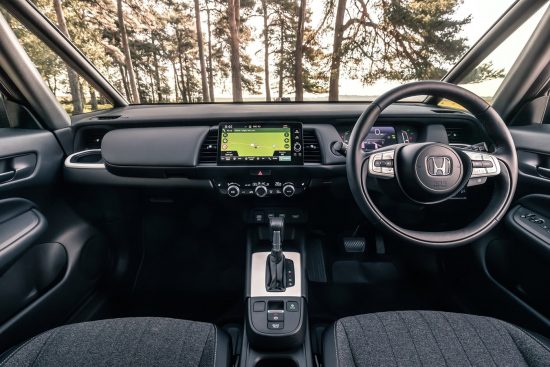 Power steering did not impart great feedback but the turning circle was good, it did not suffer from unwelcome vibrations and we liked the reach and rake adjustment of the wheel, ideal if different drivers use the car on a regular basis.

The secondary controls grouped on the two wheel spokes were clearly marked, worked well and were supported by the twin column-stalks for lights and wipers. Thankfully, Honda has chosen to put the climate controls in a row below the central touchscreen so changes can be instantly made with minimum distraction. 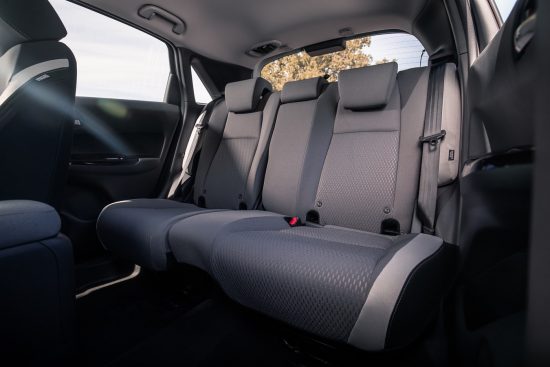 The system worked well for output, distribution and temperature range and we liked the effective heating for front seats and wheelrim also on buttons adjacent to the climate control. All very logical, very good.

The Apple and Android compatible infotainment system had a large 9-inch display and it was easy to select any features with separate buttons for telephone, navigation etc.. Again minimising distractions and an object lesson to other car-makers who pile everything into a single touchscreen needing a lot of attention to pull up desired displays. 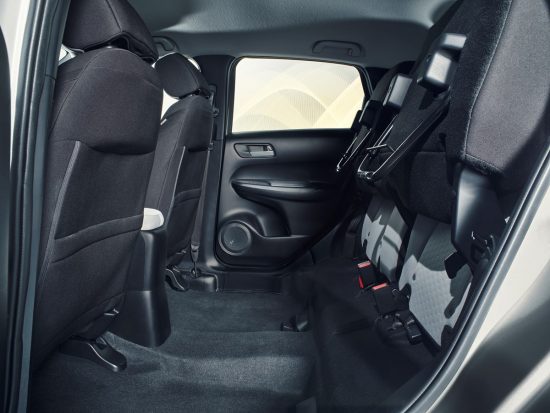 Oddments room was very good for a family car with lots of trays, boxes and pockets throughout, including under the loadbed floor and those Magic Seats would be welcome by any gardeners who’ve had to move shrubs and small trees from nurseries to home with room to spare if the loadbed floor was extended as well for bags of compost or chippings.

The modest engine size and tuning of the Jazz is assisted by the electric motor and it gives reasonable, not head-turning acceleration, yet easily maintains motorway speed. However, it also lets you know how hard it’s working with the ever-present road rumbles and suspension bump-thump being joined by an excited engine note and whirring transmission under load. It’s not the quietest city car as a result. 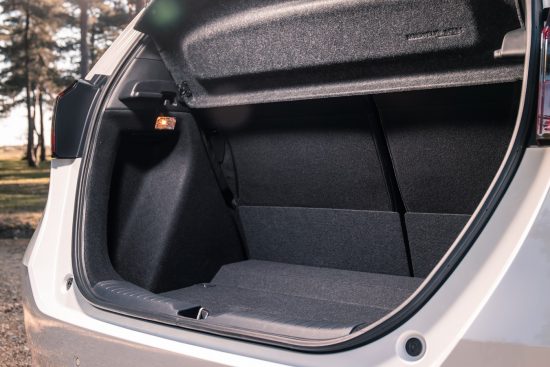 That said, the Jazz’s handling was surefooted and safe although there was just a small amount of body roll with pitching and dipping under braking or acceleration. Suspension soaked up most bumps without shaking occupants too much.

On open roads or as a city car it could be very precisely placed through corners or into parking spots thanks to the good turning circle, reversing camera and sensors. Roof pillars were slim, windows deep and the lights and wipers did a good job when needed. 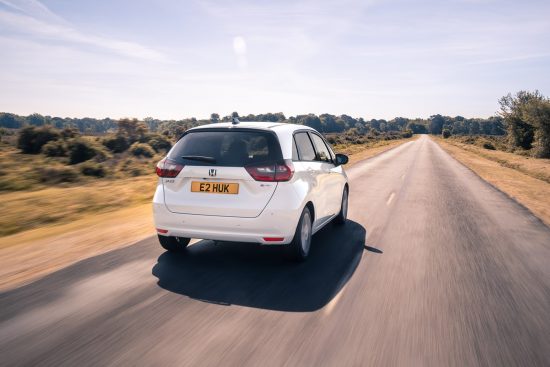 The Honda Jazz is first and foremost very practical, the versatility of its seating and loadspace exceptional, its performance is respectable and its seating comfort is in a class above with location, adjustment and support.

Perhaps it’s that practicality of purpose which has justified a very plastic finish to the interior, which I think does let it down but also possibly explains why it’s such good value.