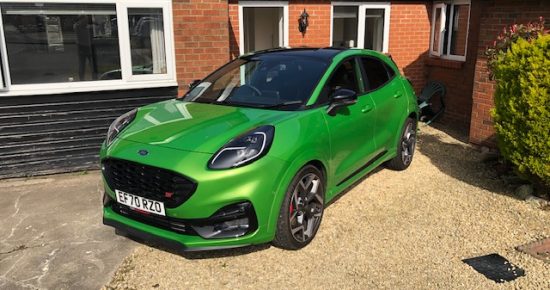 Ford’s future lies in models such as the Puma ST.

The world has moved on in the last five decades and families have also changed and want something more than a saloon or hatchback.

So it was only a matter of time before the marketing and engineering people at Ford caught up with the trend and added some Sport Technologies to their now highly sought after Puma Crossover.

Essentially a tall hatchback on steroids, the Puma ST delivers all that a family could want and then some extra oomph.

It’s not quite in the same league as the Kuga and that is arguably its toughest rival, but it delivers more of what I think a driver wants in terms of style and image. And it has that captivating ST badge. 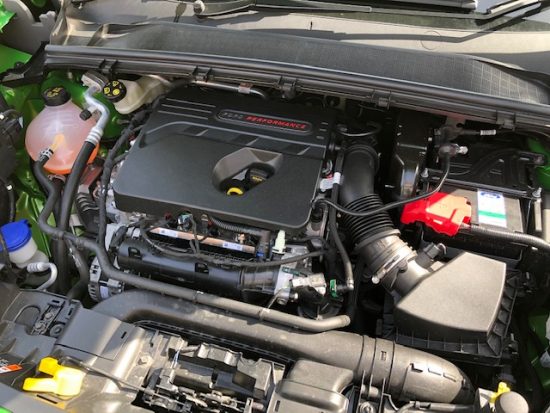 New for 2021, Puma ST introduces Ford Performance driving dynamics to the compact SUV segment for the first time in Europe. Its 1.5-litre EcoBoost engine, shared with the Fiesta ST, pulls it to 62mph from a standstill in 6.7 seconds and features a unique-in-segment limited slip differential while its bespoke chassis is 40 per cent stiffer than the Fiesta ST.

The standard Puma’s flexible space and practicality including its innovative 80-litre MegaBox addition to the boot with plug hole for washing out dirty loads is retained in the ST.

With the addition of the ST sporting SUV version there are now over a dozen Puma models in the range. 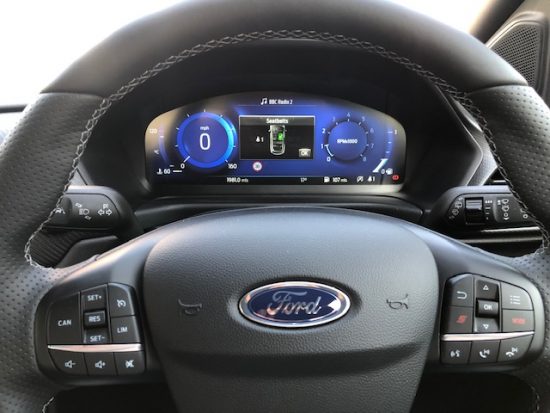 Our test car came in a dramatic Mean Green paint with hands-free power tailgate and driver assistance pack which included intelligent speed controls, parking assistance and sensors as well as rear view camera which added £2,000 to the standard on road price of £29,445.

The sophisticated power train can be explored with four driving modes from eco, normal and sport to track settings. While you cannot alter the sports tuned suspension the modes will affect power output limits, throttle and steering responses as well as grip.

It really is a tremendous powertrain with its compactness, richness of pulling power and surprising smoothness for a triple-pot engine. 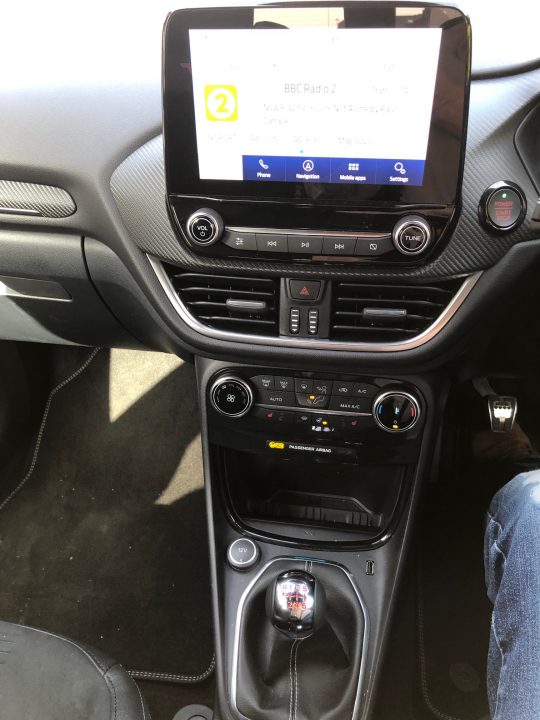 Our manual model had a light clutch and very crisp, short and direct gearchanges, well matched to the engine’s tuned characteristics, but there was no denying it had to be worked very hard to perform at best and then the fuel consumption soared.

Treated very gently on a main road the economy was reasonably close to 40mpg but our overall figure was more telling. 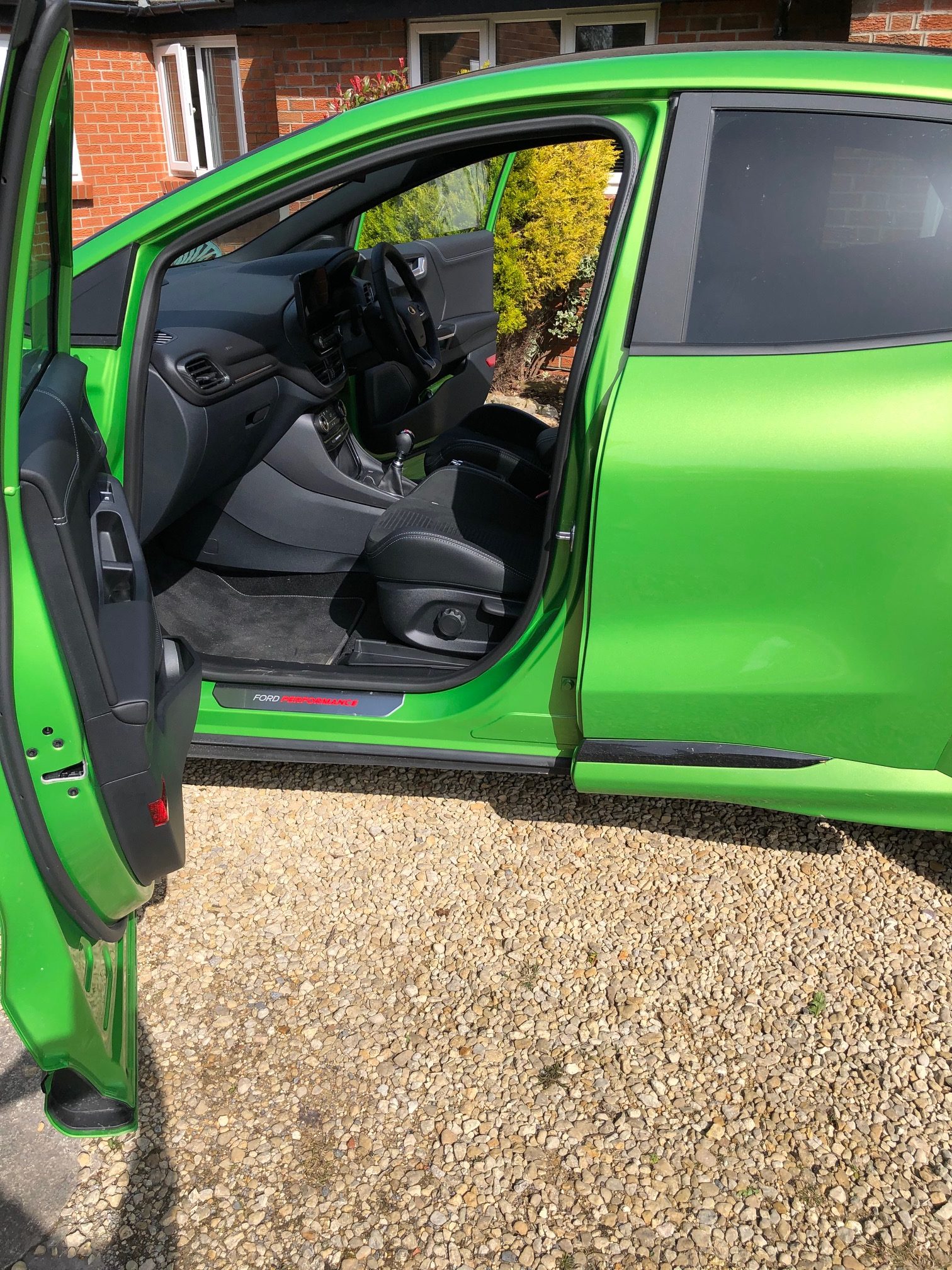 The steering could be fine tuned with the mode button but it was always communicative with no kick-back or vibration felt and the turning circle was compact for town use. We liked the power and lightness of the brakes underfoot as well and when pressing on the Puma ST stayed firmly planted on the road despite being only front wheel drive.

Its handling was sharp and very responsive and its grip inspiring through some wet twisting bends while it never seemed to be put off by mid-corner bumps either.

For all its suspension virtues it never produced a bumpy ride, but a firm feeling from the big wheels and tyres.

The seats did a good job of absorbing most shocks too, but they are best fitted to those with modest waistlines, while leg and headroom was good and the front seats’ adjustment settings were plentiful and lumbar support was appreciated. 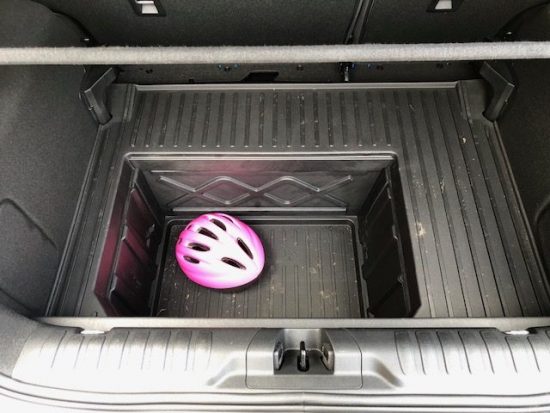 Access was very good to cabin and boot and I appreciated the really big space under the loadbed, particularly as it would take wet clothing or boots and was very easy to clean. The total loadspace capacity almost tripled as the back seats gradually dropped down and the side doors could be used to reach or adjust  items.

Visibility was reasonable to front and sides but more restricted over the shoulder leaving a junction or parking space and when reversing, so the optional camera really should be a standard fit along with the parking sensors.

I loved the high performance headlights and highly efficient washers/ wipers, and smiled at the ST-puddle lights projected onto the ground as doors opened. 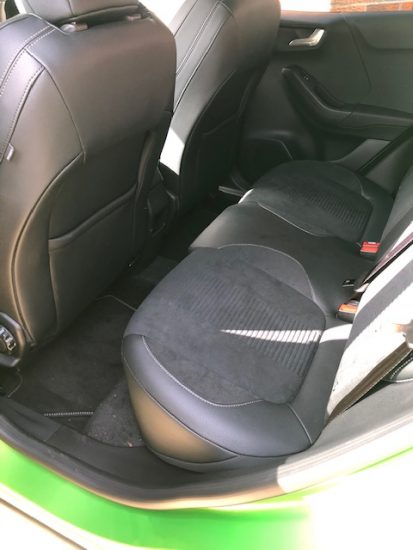 For the driver, the Puma ST is a delight. Everything comes to hand and foot as you’d like, the secondary switches are plentiful and sensibly arranged and the instruments with their changeable features were large and clear.

The separate infotainment screen in the centre of the fascia was of a good size with straightforward controls and a very sharp display.

Heating and ventilation was effective, with good output, direction and temperature control backed up by powered windows but no sunroof.

As a family car the Puma ST provided reasonable but not huge oddments space with slim or shallow compartments and plenty of plug in points for phones or consoles. 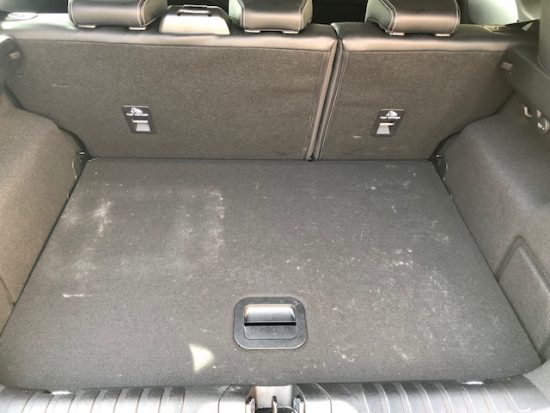 Most of the time it was very quiet to travel in, just the regular bump-thump from the tyres and suspension and an occasionally intrusive engine note under load but other mechanical sounds and wind noises were extremely low.

It all looked very well put together with tight shut lines and trim panels, not too much brightwork but nice detailing and it oozed refinement.

The performance was very impressive for such a modest sized three-cylinder engine, it was an instant starter, pulled strongly and had a respectable getaway and pulling power for overtaking. Motorway speed was easily maintained. 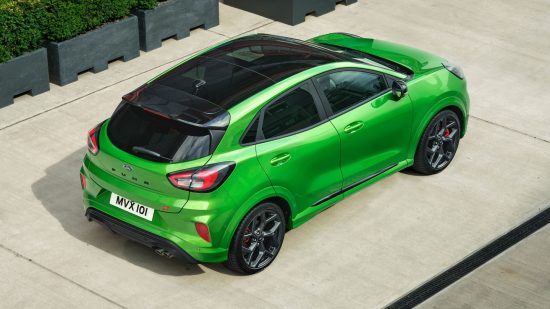 Ford has stated SUVs will play an important part in its future model strategy, along  with electrification, so expect to see more development pushed into the Puma, but for now enjoy the best of the breed in the Puma ST.