The Ford Puma is the company’s latest crossover and it’s strongest new generation of family cars to date.

The name has been used before by Ford and between 1997 and 2002 it was on an unusual model, a compact three-door coupe. That was based on the latest Fiesta and ironically the new car is also derived from the current Fiesta. 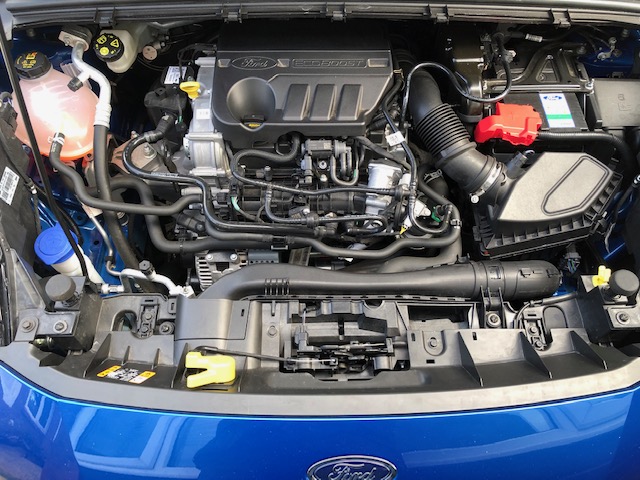 Built in Romania and slotting between the EcoSport and Kuga SUV, Puma is available in four trim levels from our entry Titanium to luxurious Vignale with conventional petrol engine or mild 125hp and higher power 155hp hybrid 3cyl 1.0 litre engines, with six-speed manual or seven speed automatic transmissions. To come are diesel and petrol ST derivatives as well.

Ford has packed a lot into the 1.0 L Ecoboost engine so its very compact and thermally efficient with cylinder deactivation to minimise fuel use and maximise economy. 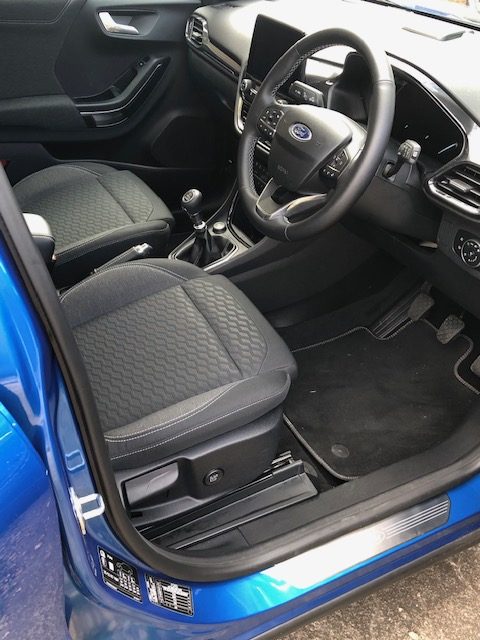 It does a good job with a reasonable average of 43mpg approximately and well over 50mpg on main roads without any effort. Lightly laden it covers ground well and without much trouble but put in additional passengers and the lack of capacity shows in the need for more frequent gear changes and lower economy as a result.

Thankfully, a light and progressive clutch action and slick gearbox make easy work of stirring it along but you know how hard its working as the mechanical noise rises inside the cabin.

There’s not much road noise however despite the sometimes firm ride over poorer surfaces taken slowly and on good main roads and motorways it is very smooth.

Whatever is underneath the tyres, the seats do a good job of absorbing bumps which get past the suspension and they are very well shaped and adjustable for users of various sizes. I liked the adjustable steering column but found the steering was a bit dead to the touch when turning. The turning circle was good and it did not carry through vibrations while the brakes were really confidence building in their progressive power build up and smoothness. The parking brake was strong. 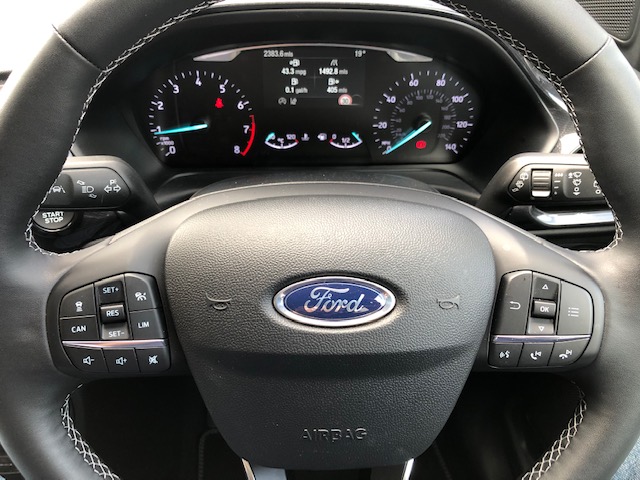 Secondary controls were mostly on the wheelspokes or stalks and although partly hidden from the driver’s eyes they did a good job while the simple clear instruments ahead of the wheel were easy to read and well lit at night. 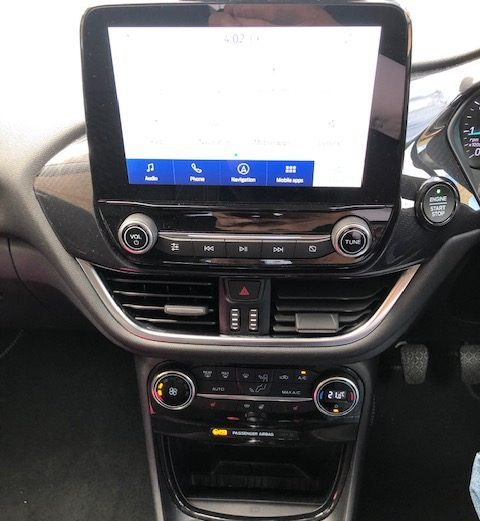 The sophisticated infotainment system was comprehensive but not easy to quickly use and it became distracting at times. Thankfully, the climate control was separate and under the central display and it was effective and straightforward.

Oddments room was quite good including door bins, glovebox, central trays, bin and included a wireless phone charger, with rear seat pockets and more door bins. It was a good package for a family car.

Behind, the boot space was reasonable with a flat well shaped floor which lifted on the test car to reveal a useful additional deep box taking 50kg maximum and the loadspace could be varied with offset split back seats. 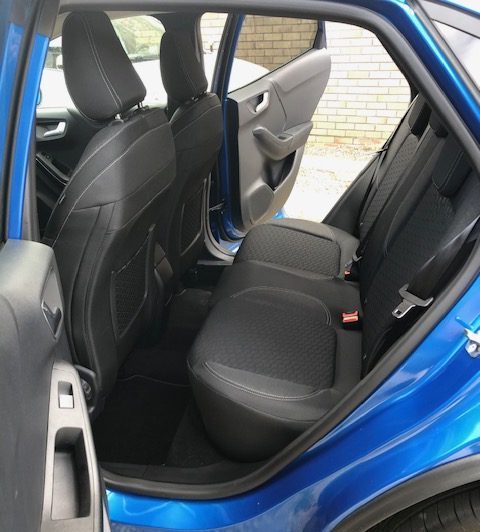 Access for occupants was very good with double opening doors revealing a good aperture to climb through and once inside the head and legroom was generous and the seats had good movement as well as being comfortable.

There was good visibility to front and sides, more restricted over the shoulder and to the rear but the bright lights and good wipers were appreciated in some heavy evening showers. 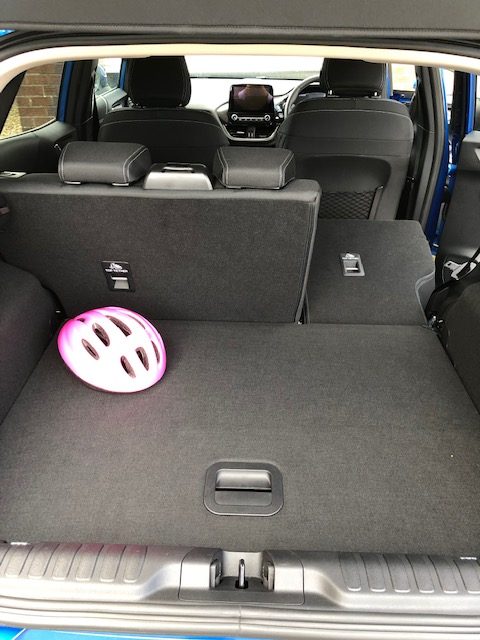 The modest engine is not a road burner, particularly when laden, but it acquitted itself very well if maximum use is made of the power developed and the spacing of the gear ratios. You just have to keep changing gear more than you think.

It gripped well and had no real vices with modest understeer on longer curves and no nasty twitches if you lifted off mid-corner.

With more feedback through the steering it would be much better so it’ll be interesting to see how the Puma ST performs when it comes along.

By lengthening and widening the floorpan using the most modern design and engineering computer systems, the new Puma has been developed as a five-door tall hatchback. And it’s very impressive.

The lockdown delayed the new Puma’s introduction this spring and first orders are now getting through but expect to see a lot more from the 1 September new-reg plate. 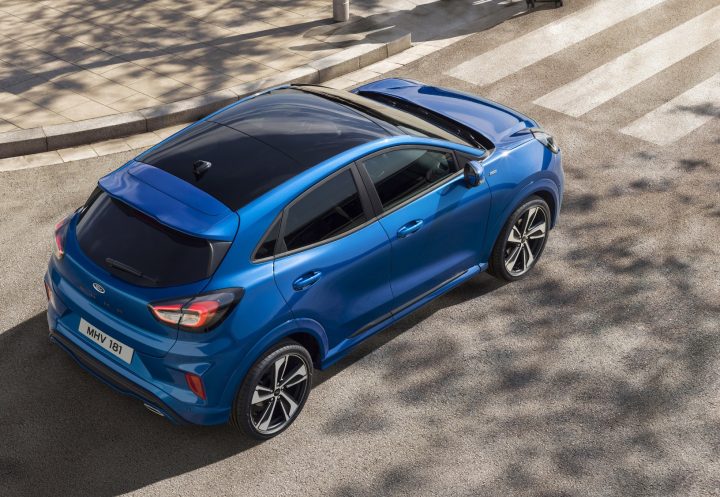 As it is, Ford Puma 1.0L Titanium is well put together, performs satisfactorily and economically while its comfort and room raise the bar for Ford against its rivals.