The gradual return to city living, working and commuting will give a boost to the new generation of environmentally friendly small cars, and few makers have as much experience as Fiat,  writes Robin Roberts. 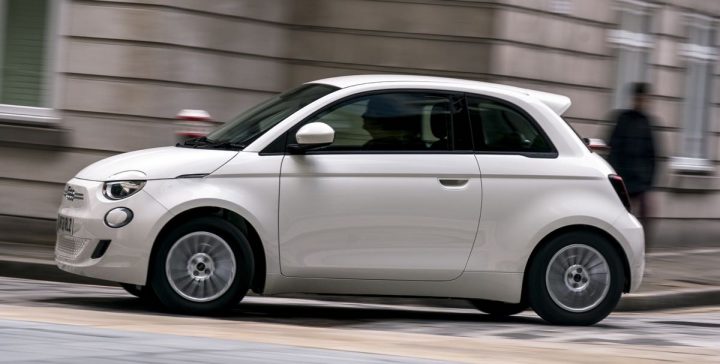 The Italian brand built its reputation on baby cars, particularly in the second half of the 20th century, and it’s looking towards the future with the latest electric versions of its best selling 500 series, itself a successor to the famous Topolino baby car.

Fiat 500 models have been evolving for over three decades and today’s electric models resemble the familiar rounded body-style but underneath it has a pure-electric powertrain.

It comes in a choice of four trim levels and either a three-door hatchback or two-door cabriolet body style. Cheaper versions get the shorter-range 24kWh battery, giving approximately 100miles real world range. 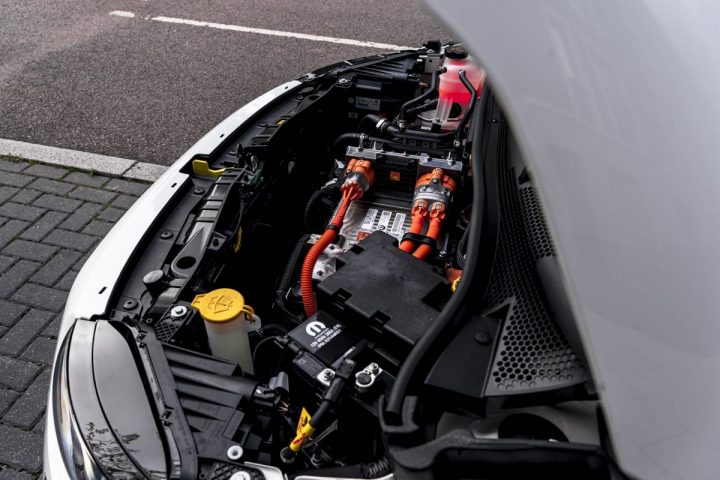 Our Icon test model had at its heart a 87 kW motor wired to a 42 kWh battery and it can be charged on a normal domestic output or through a rapid charger.

The charged battery range is about 174miles so it can make many average daily commutes on a single shot of energy and the ability to utilise two charging outputs means you should never be unduly worried about range anxiety but you have to pay extra for the Mode3 cable.

Our Icon test car usually costs £27,995 but was equipped with £4,878 of options which pushed it through the ceiling for grant relief and included a driver pack, winter pack, cable bag and 3-pin lead, sunroof, wireless phone-charging.

Electric cars are easily started and have immediate power delivered from the time you depress the throttle so it has brisk getaway in city traffic.

Driving modes allow you to maximise economy or power and even settle for something in between so with judicious use of the system you have respectable overtaking ability should you need it. It’s all selected through a simple rotatory button on the central console. 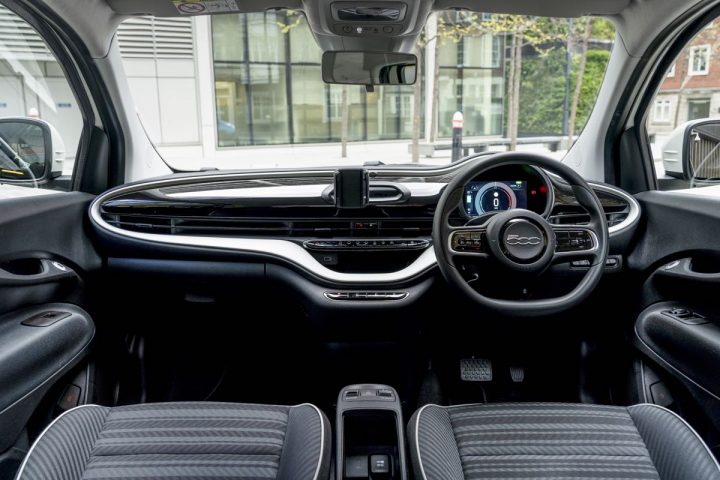 There’s no gear lever as such but a series of buttons to park, reverse, go forward and neutral and the Fiat 500e is equipped with an automatic electric parking brake for traffic or hills. It all worked very well on the test car.

Most of the braking or deceleration is done by lifting off the throttle which induces rapid and strong retardation from the electric motor and the actual wheel brakes are rarely needed unless a rapid stop is required and when slowing the system is recharging the battery so you are gaining a few miles over most journeys.

We had to fully charge the system a few times during our test and the range displayed afterwards spread between 168 and 174 miles and that seemed pretty accurate as the hours passed. We used both private domestic and 22kw charging thanks to Podpoint and the free VW chargers at Tesco stores and it was trouble free and quick on the public system.

The Fiat 500e steering was light but sensibly weighted and accurate, and you could turn quickly and tightly in town while not being too erratic on more open roads. 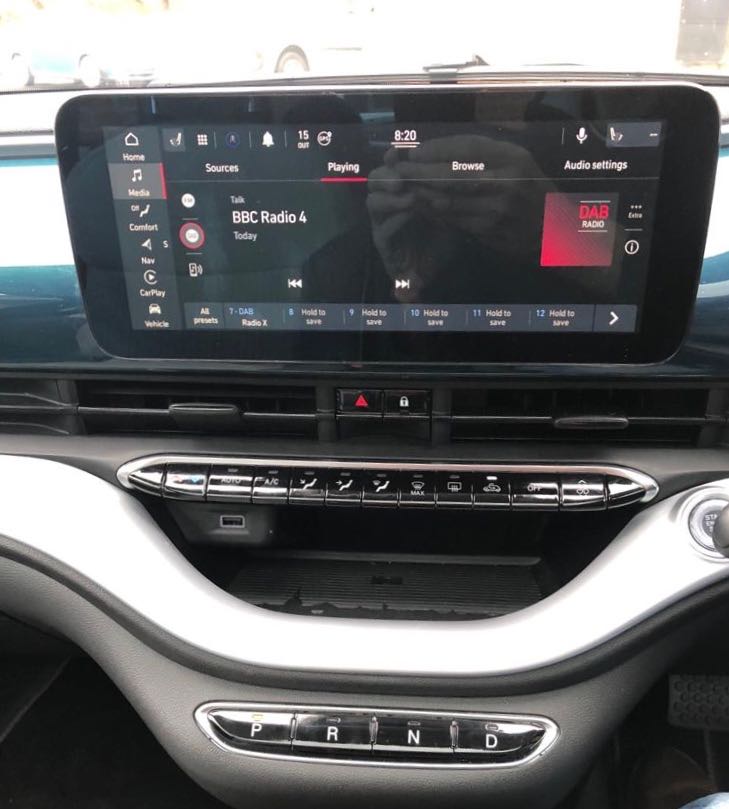 Secondary controls were familiar, well positioned close to the wheel and on the console or fascia and smoothly operated. Infront was a simple but clear instruments display with selectable menu to enhance the experience.

Central on the fascia was the big multi-functional infotainment, media and settings touchscreen which I found a bit distracting to use on the move and really needs to be set up when stationary. It was comprehensive, clear and quick in operation, but like a lot of models recently tested the speed warning were outdated on a few roads and needed a reboot.

Climate controls were straightforward, clear and worked well to cool or warm the small cabin very effectively backed up by powered front windows and a fixed optional full width sunroof and blind. 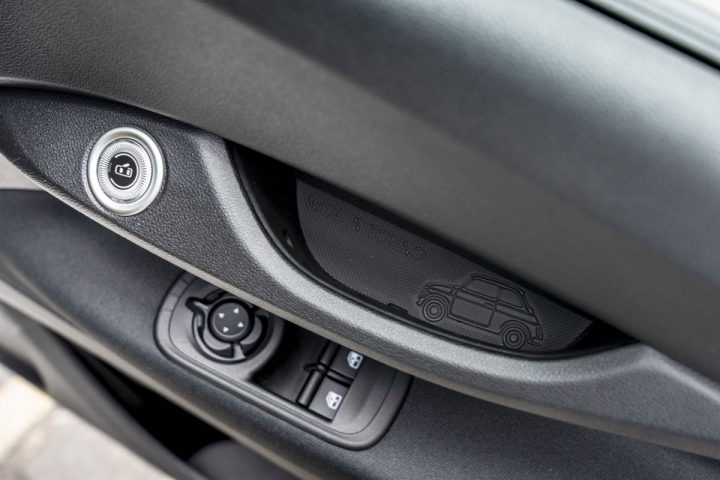 Oddments spaces were plentiful but annoyingly very small practically useless for most things with their short sides permitting items to spill out when cornering.

Access for driver and front passenger was good but it was not so easy getting into the back and those behind had little legroom and tight headroom. Bootspace was very modest but easily expanded with the folded seatbacks dropped almost but not completely flat. 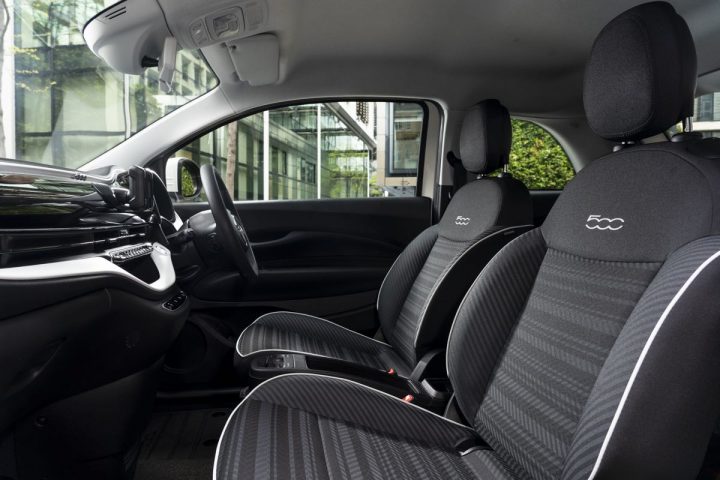 The seats were reasonably comfortable and sensibly shaped if on the short side with thigh support and the front pair had a fair range of adjustment but might be a squeeze for very tall users. 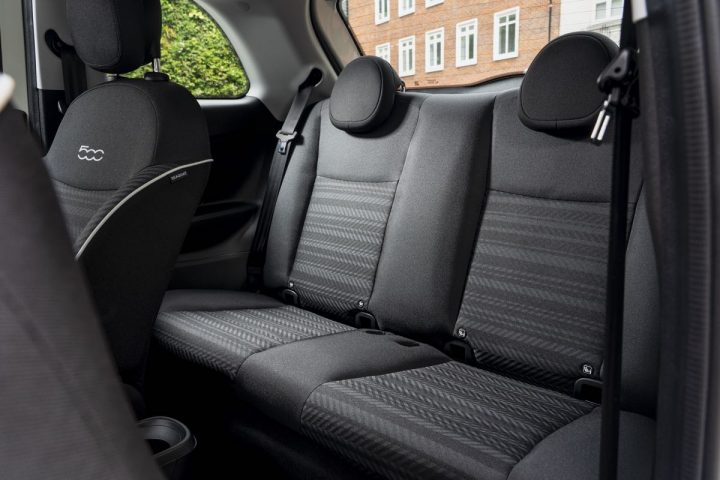 Visibility was clear all round with slim roof pillars, low waistline and good front wipers and lights, but you have to remember this is a battery car and using headlights will reduce range.

Apart from the whine from the powertrain under acceleration or braking it was a fairly quiet city car, only the occasional road noise could be heard.

Ride comfort was surprisingly good for such a short 2.32m wheelbase and it showed little body roll or tipping under cornering and acceleration. 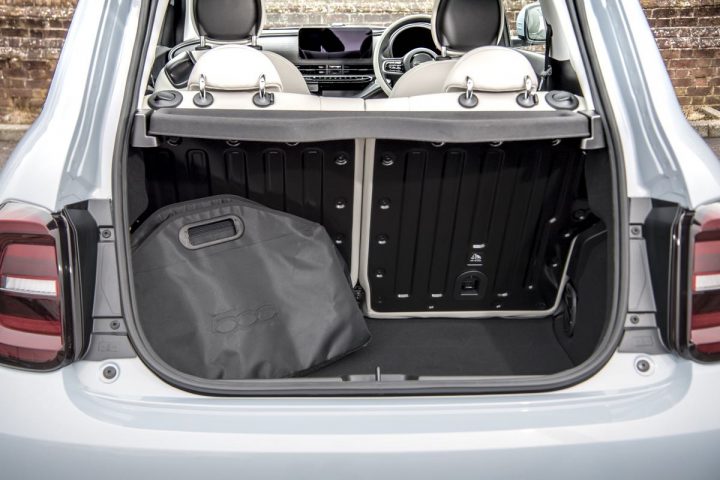 There’s no doubt it was in its element on short, commuter type runs in urban areas but we completed two 52 miles stints at 50-55mph with ease and in comfort and saw just under a third of the stored energy used each way.

Today’s electric cars really are horses for courses and you have to carefully look at what you want from them and what you can do without to avoid paying for what you don’t really need and which could reduce savings on electric or tax bills. As it is, the Fiat 500e Icon is a very good city commuting car at a reasonable price for this era. 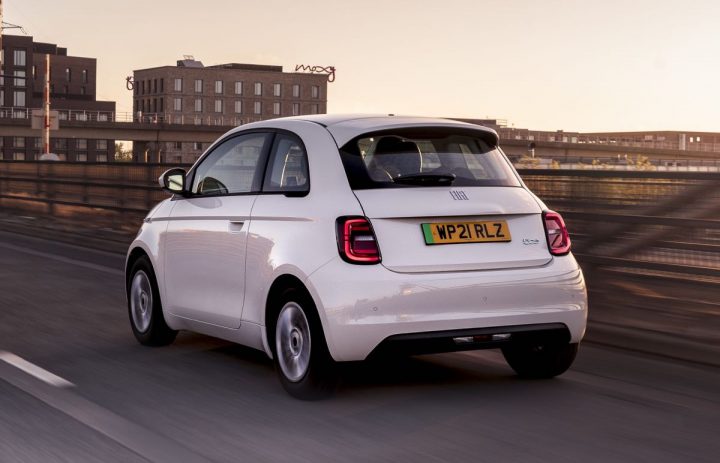