Audi experience in the luxury sector really shows in its supermini A1.

Today, Audi’s entry level model comes in a comprehensive range of over 30 versions utilising some 5 engine choices with manual or automatic gearboxes, and 7 trim levels in 3 or 5-door versions.

Options play a big role in Audi’s appeal and our test model included the £1,650 technology pack along with £995 comfort and sound pack, and £450 dual-zone climate control, in the near £7,600 of extras on the car. 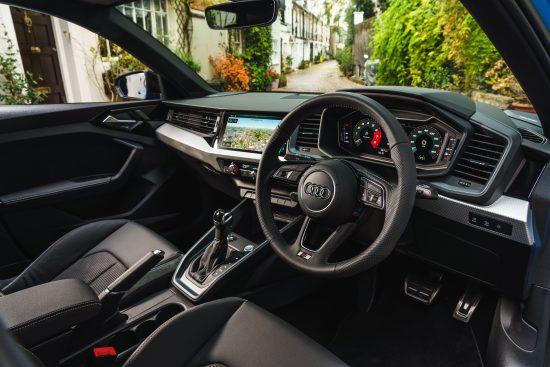 That seems a lot but it gives you a truly executive and sophisticated super-mini that will retain its value higher than more basic competitors and make your ownership experience more enjoyable. But its up to you to carefully consider what you want or need.

For me, the most surprising and satisfying feature was the car’s powertrain and I still marvel at what the sub-litre triple engine did, particularly when attached to the twin-clutch automatic transmission.

It was a good starter and pulled well, delivering smooth changes and with little mechanical fuss or noise, and it then settled down to an easy going gait on motorways and main roads.

While we averaged mid-40s there were times when it nudged towards 50mpg, but those figures would dive if you decided to tease the paddles on the column and ask the modest motor to deliver more for quicker acceleration and overtaking and then you were see high 30s on the multi-display infront of the driver.

Asking the engine to work harder when solo or with passengers also showed up its modest capacity. It eagerly responded to throttle demand but it did take longer to translate that into speed on the road and it sounded busier.

It was never really noisy thanks to some very good insulation under the bonnet but you were aware it was working hard on your behalf.

The responsive engine was complemented by the transmission with silken quick changes up or down the range and the sharp steering and strong brakes endowed it with good handling and control as well.

Grip was surefooted and while it betrayed the characteristic front wheel drive desire to run wide on tighter turns it instantly responded when you lifted off the throttle and the nose tucked in again. 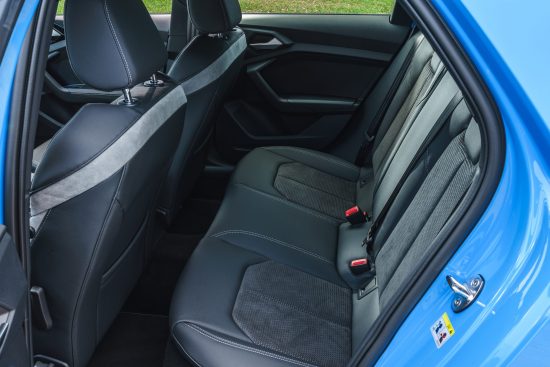 The front strut and rear beam based suspension is not particularly sophisticated but it gave a good balance to the handling and a generally very smooth ride. Depending on tyre and wheel choices the ride can be firm even in the softest or most economical of four selectable settings.

Those settings can change powertrain responses and you appreciate the differences even if they are not immense in the 1.0 litre engine.

The comfortable ride quality is assisted with very good seats although a tight fit for five people with rear headroom noticeably short and legroom a pinch for some behind.

Access is good to the cabin and boot, the luggage area simply increasing well over double capacity and its well shaped and easy to load or empty. Visibility is very good to front and sides, slightly restricted by the c-pillar over the shoulder and the tail could hide objects or children so you rely on sensors and camera. Bright headlights and wipers were very good.

For the driver, a truly clear set of instruments face him or her with a multi-mode display which can be changed at will and the sophisticated optional dual level air conditioning kept the interior comfortable and quickly reacted to re-selection.

Our test car came with one of the best sound systems experienced in a supermini and if you love your music or radio this is well worth paying for. 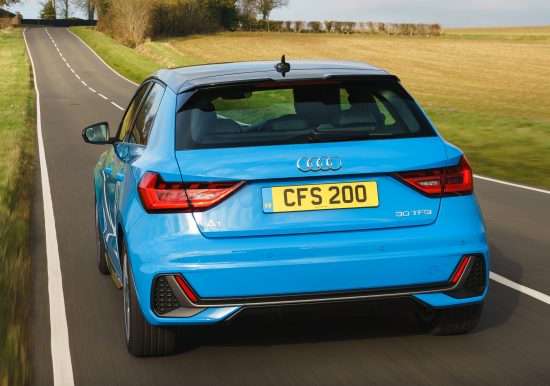 Generally, noise levels were low until the A1 was pushed to perform and a road surface deteriorated. Most mechanical noises were linear in nature, the road rumbles and suspension intrusions were erratic but wind turbulence was very low. There’ no mistake this is an Audi, just a smaller luxury car than its stablemates but with a bigger appeal against its rivals.