Anyone who thinks SUVs are boring big cars should talk to their Alfa Romeo dealer selling the dark-horse Stelvio Quadrifoglio Q4.

The term Sports Utility Vehicle is definitely over-used among car-makers, but Alfa has groomed a great car which ticks all the boxes for its enthusiastic drivers .

Drawing on the powertrain expertise of sister-brand Ferrari and all-wheel-drive knowledge dating from the 1950s, Alfa has delivered a truly stunning individual and serious SUV.

It’s tempting to describe the Quadrifoglio Q4 as a poor man’s Ferrari 4×4, but that’s wrong on two counts: Ferrari has its own serious SUV coming and this Alfa SUV is not cheap. Owners can select from a range of high quality options to personalise their car and the result is a bespoke model with distinctive nose and which stands out from rivals on the road. 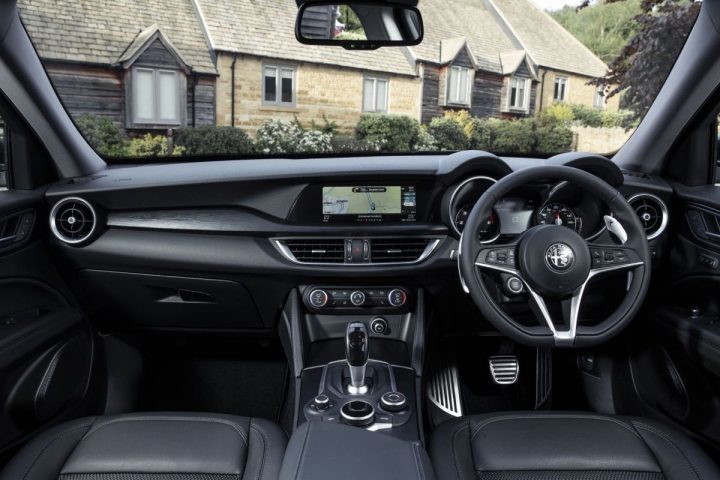 Stelvio Q4 is Alfa Romeo’s flagship SUV and the range runs to nearly a dozen models, half 2.2 litre diesel with choice of 190 or 210ps outputs, and also 2.0 litre petrol models with 200 or 280ps power, apart from the range topping petrol 2.9 litre versions and their 510ps output. Most are all-wheel-drive, but the entry version diesel is sold with rear wheel drive and they come in five trim levels in all. 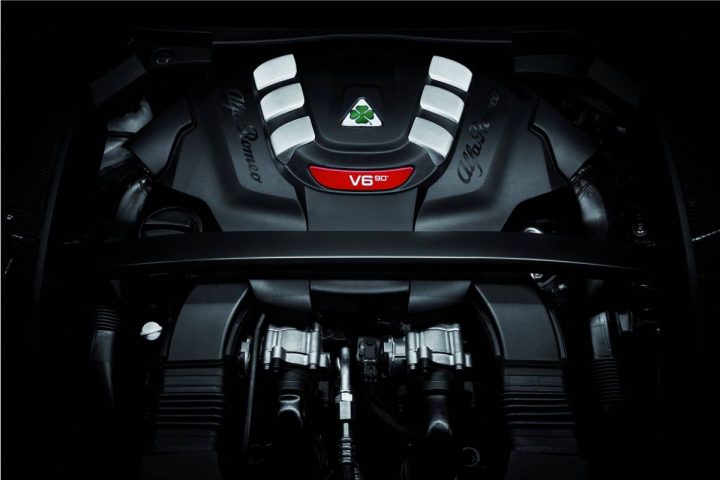 The engine starts with a growl, pulls away immediately and strongly with enormous torque underfoot and it just keeps going with a sub-4.0 seconds time to 62mph and a maximum where legal over 170mph. You can drive it gently as the power band is wide and engine flexible so we saw it edge into the mid-30s petrol consumption, but overall it showed itself to be a thirsty model.

The big engine gave it a very relaxed performance on main roads, across country and along motorways so you never felt it was stressed or you were working hard to make it move. It is a grand tourer in the finest tradition with low engine and wind noise but some tyre rumbles.

With all that power and potential performance underfoot you need a good gearbox and braking system. Again, the Stelvio Q4 delivers with a really smooth automatic transmission running eight gears so there’s something for any situation, and massive carbon fibre brakes when you need them. In common with other carbon brakes, the Q4 had massive stopping power with hardly any effort but you need to appreciate the lightness of foot needed to apply them without making the car stand on its nose.

Adjustable suspension gives the Q4 a different feel depending on the driver’s preference and prevailing conditions and it begins firm and then gradually moves to very hard.

This means it handles with confidence in any situation and really comes into its own on twisting roads, preferably with a good surface underneath the 20-inch wheels and tyres. 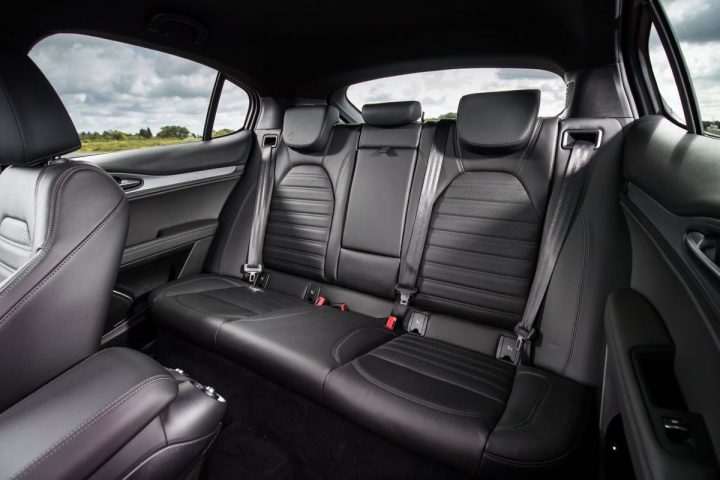 With drive to all wheels the roadholding is safe and sure and it can be precisely placed through corners. It is a big car and the high bonnet line and deep tail do restrict what a driver can see around, but the sensors, camera, wipers and long range lights do a great job. I was disappointed, however, when the door mirrors packed up, but at least my thumbs kept working.

Access was excellent with big wide opening doors, powered tailgate and plenty of room inside including a loadspace that tripled in capacity.

The optional carbon shell front seats were not only eye-catching but superbly comfortable in every way, with plenty of adjustment, deep cushions, bolsters and support and they did a good job of soaking up what the suspension could not.  Those in the back lose some headroom but legroom is good throughout. 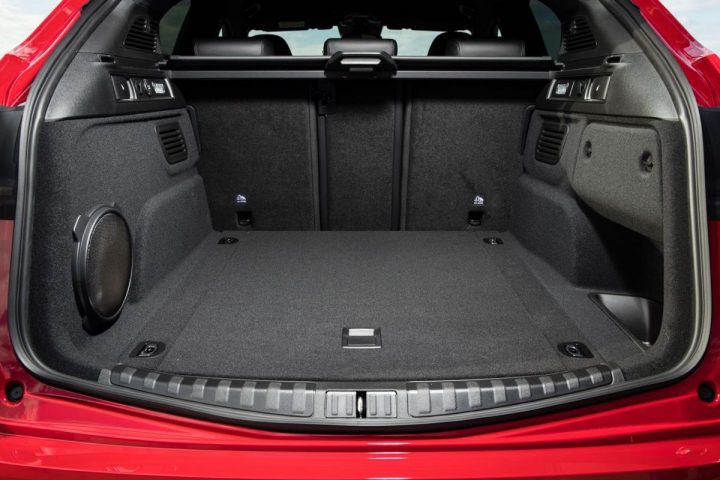 For the driver, the major and secondary controls are sensibly placed and work well, the instruments are big and clear and the infotainment screen is nearly nine-inches across to display entertainment, settings and navigation.

At close to £1,000, the Harman Kardon Sound Theatre sound system  is expensive but it really perfectly matches the interior refinement and sophistication of the Stelvio Q4, delivering a rich, deep experience.

Oddments space is adequate throughout and the temperature controls keep the interior comfortable with lots of output, wide variation and directional control. 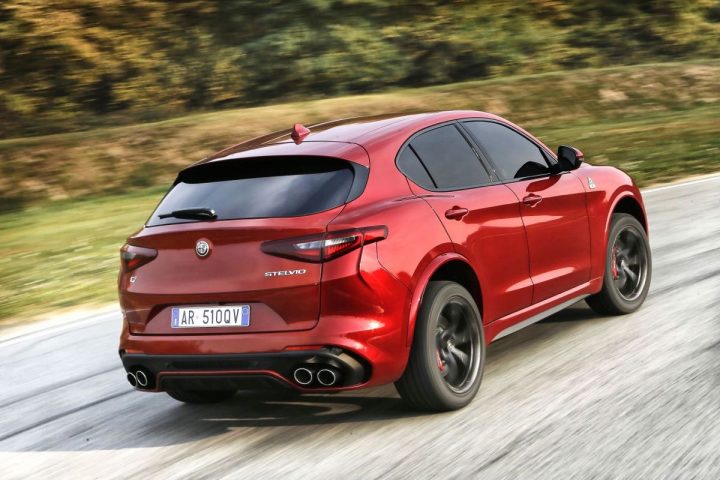 With so much going for it, the Stelvio Q4 stands out and it certainly brought a few questions from other drivers.

It’s not what you expect from Alfa Romeo, and it is one of their best surprises.