Brits love their hot hatches and Volkswagen has turned back the clock to mark time for future success.

Just over 40 years ago, the original Golf GTi was released to eager owners and over the decades that popularity has spread to create the Polo and up! GTi models, which are arguably more in tune with today’s needs in towns and congested country roads.

The days of a hot hatch may have seemed numbered a few years ago but the reality is they are now accounting for significant VW UK sales in its popular smaller models.

They have not only grown up, physically in size for today’s owners, but they have become much more refined as well.

The Polo GTi even muscled into the World Rally Championship in the Noughties and swept away much more established rivals before the company decided to rest the team, but a return is not ruled out and it could be happening soon. 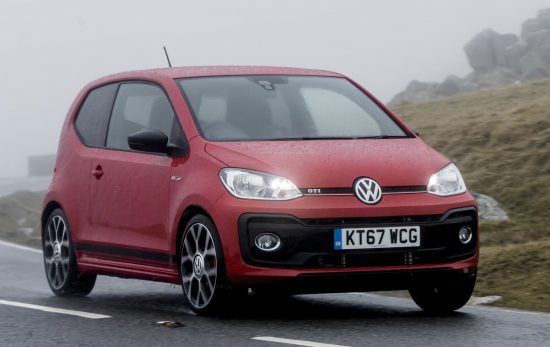 Its stablemate up! GTi (right) is actually about the same size as the original Polo model but it was launched last year with an impressive features list which would have not been found in the original Golf GTi four decades ago. So you can have your cake and eat it as I found out on a recent driving day putting the hottest models hatch-to-hatch.

Time to put the up! GTi to the test, and it was very impressive.

The comparatively diminutive triple-pot 999cc engine pushes out 115ps but with a six-speed manual box you really can exploit that and the 0-62mph time is 8.8sec with a maximum 122mph, so it’s more than capable of a UK 70mph maximum. Three-door versions are a little over £14,000 and the five-door we tested adds £400 to that. 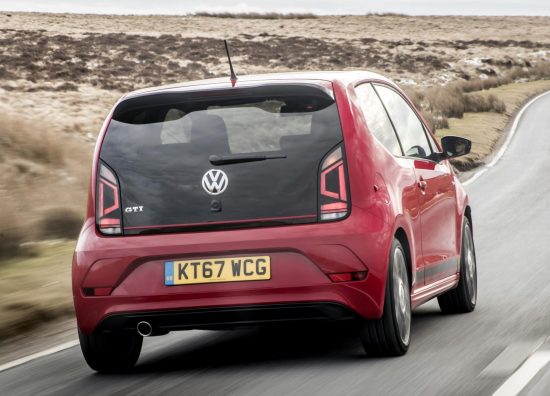 But it was the way it delivered power which reminded me of a hot hatch from history, plenty of it, strongly feeding vibrations through the steering wheel and pulling it along at a good rate of knots.

What it did differently was to steer, brake and grip much better than anything of its size before and the sophistication extended to the more supple, if still firm, ride.

It would be good for two people but a squeeze for more and the boot would only take a few bags of old 45s to the car boot sale.

Inside it’s as attractively trimmed as it is outside and you are not going to mistake this for any ordinary up! with distinctive front end, coloured highlights and a useful equipment list but which did not run to a satnav and instead relies on a user’s mobile phone app., which is not ideal for everyone.

Over a comparatively short but mixed driving route of country roads, main roads and dual carriageway I averaged 56.5mpg without trying to be economical, and that goes to show how far the hot hatches have come from the days when you’d be lucky to see 30mpg. 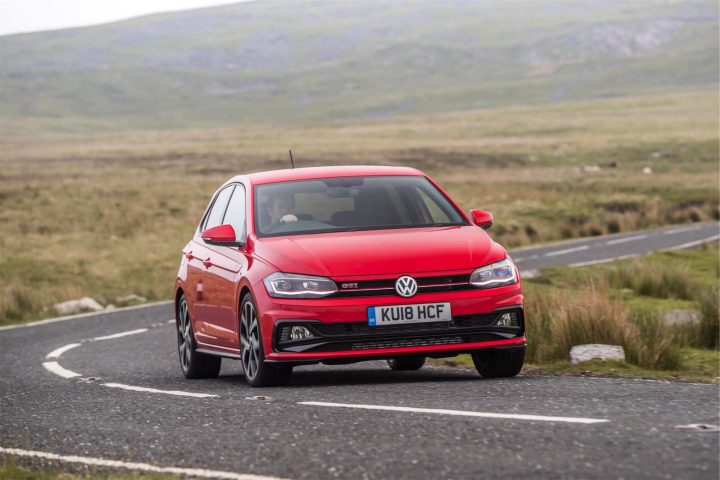 Now step up a good bit and take hold of the 200ps 2.0 Polo GTi (right) which uses an engine formerly powering the Golf GTi and comes with a six-speed DSG automatic box.

The four-cylinder engine gives it a 6.7secs to 62mph acceleration and maximum close to 150mph.

That turns it into the ultimate Q-car for the driver who doesn’t want to show off, but can if provoked. It has hints of what’s under the bonnet from its purposeful nose, its stance on the road and big exhaust.

But again it’s all delivered in a very smooth, unfussed way and it means you can cover ground quickly, effortlessly and very safely with noticeably more room than in the up! 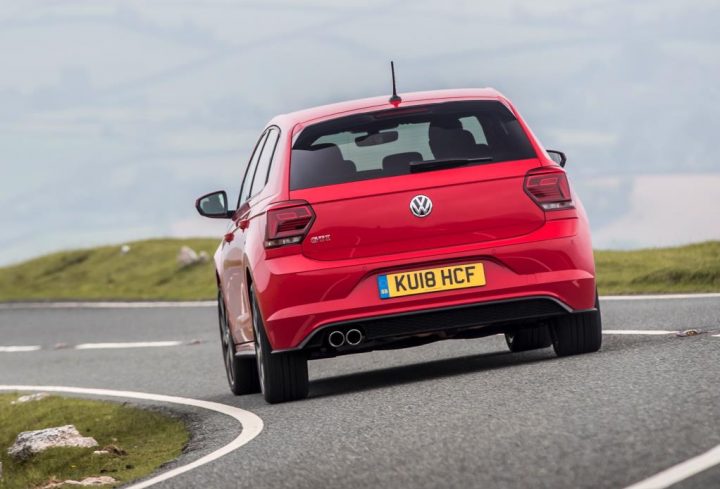 The ride and roadholding is better as well, it turns and slows with utter composure and returned a smidgen under 40mpg over the same route as used for the up! version.

Both are good reasons to remember you can grow up but still be a teenager at heart, and take responsibility with an edge.

VW product affairs manager Scott Fisher explained, “The GT badges embody everything about our performance cars and for owners they are what defines the brand.

“GT allows you to go to the extreme with the R-badged models or take a wider view with the GTD versions, and more recently with the ultra low emission GTE electric model so it really is at the heart of our performance cars in the widest sense.”

As a group, the GTi series or family accounts for approximately a third of Golf sales in the UK.

“The GTi is important to VW, it’s not window dressing, and last year Golf sales reached 77,231 including the SUV and estate models and nearly 26,000 were the performance models.”

He concluded by saying the new up! GTi remains true to the original Golf concept of 40 years ago of having useable power for everyday needs.

“We know there are more powerful models out there as competitors but the up! GTi really delivers its power in a very sophisticated and subtle way which our owners appreciate.”