The first Aston Martin DBX707 has been built for a customer at the St Athan factory.

Aston Martin took on 100 additional people for the new model’s assembly and the car is a progressive development of the first generation DBX SUV with enhanced performance and subtle styling and equipment changes but the DBXV8 and China-only straight-six cylinder versions continue.

Honda has confirmed that its recently announced new C segment SUV is to be named ‘ZR-V’.

Set to go on sale across European markets in 2023, the all-new model will slot between the HR-V and CR-V in the Honda line-up.

A fully restored 1971Ford Escort RS1600 show car is coming up for auction on the Car and Classic site and is likely to reach £65,000 when the hammer goes down on 18 May. 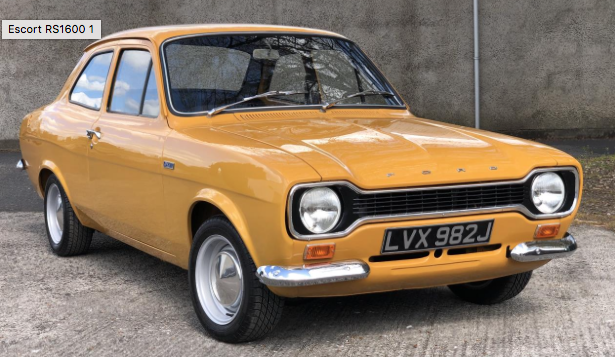 It was registered by Ford and used in events before being sold to an Irish owner and kept for personal road use and then extensively refurbished as part of auction preparations.

Classic cars converted to electric power should have their own DVLA category, some enthusiasts have told pollsters for Footman James insurance.

Only new EVs can be registered as such but the number of conversions is steadily growing, although some enthusiasts are opposed to changing them.

One in five properties in the UK could benefit from new Government grants to help fund electric vehicle home charging points for rented properties.

Ford took another major step in its electrification transformation as Ford Pro revealed first details of the all-new, all-electric, E-Transit Custom going into production in 18 months.

Following hot on the heels of the all-electric E-Transit that began production in March this year – and the first of four further all-electric commercial vehicles Ford Pro will introduce by 2024.

It will sell its Korean operation to Geely, of China, to give the Far Eastern car maker who owns Volvo and Lotus a foothold in the home base of Hyundai and Kia and the French car giant will soon decide on what it must do with its Russian plant in the light of the international sanctions following the invasion of Ukraine.

McLaren says it is not selling out its F1 operation to Audi.