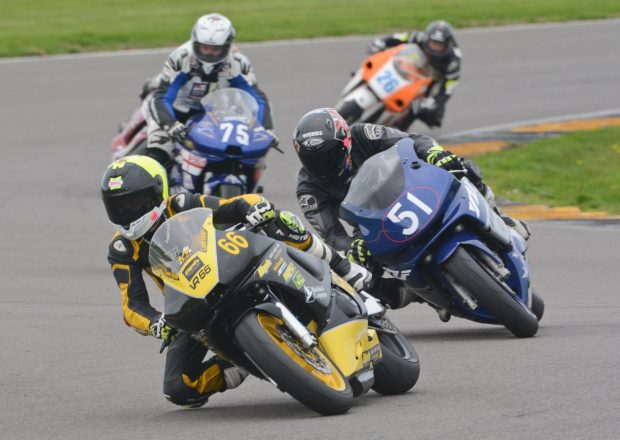 The bank holiday weekend of 24 – 26 August sees Anglesey Circuit hosting the annual visit of Thundersport GB and the Moto Super Prix of Wales.

Thundersport GB, commonly hailed as ‘The Home Of Sportsman Racing’, offers an absolute plethora of magical diversity when it comes to motorcycle racing, with 32 races over Sunday and Monday.

From the now famous BTS GP3 Superteens that spawned the likes of Casey Stoner, Cal Crutchlow, Tom Sykes, Chaz Davies, Tommy Hill, Leon Camier, Bradley Smith, Danny Webb (the list goes on), plus the next step up for these youngsters in the blistering pace of the Alto Digital GP2 featuring the Supertwin and Stocktwins, through budget classes such as Dunlop/HMT Racing Thundersport 500 and the now hugely popular Blackbird Corporate Golden Era Steelsport/Supersport, BeMoto Golden Era Superbikes and TW Suspension Tech GP1 Classics. There will be some beautiful machinery from the late nineties, ridden by both ‘Gentleman Racers’ and youngsters who have now too decided to soak up the challenge.

Rookie class A&R Racing/Continental Pre-National Sport and Freshman 600, has produced some truly invigorating battles this year and acts as a perfect precursor to The GB Racing 600 Sportsman Elite.

The enormously powerful PipeWerx Thundersport GP1 Elite and Monex Europe GP1 Sportsman classes, some with over 240BHP capable of over 200mph will also grace the gorgeous setting that Anglesey provides.

All the races on the bank holiday Monday are televised by the ThundersportGB i-media team, and can be viewed online at thundersportgb.com and across social media platforms about ten days after the event.