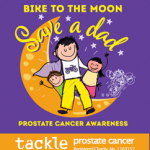 Tackle Prostate Cancer, the voice of prostate cancer patients and their families in the UK, has launched their 2019 ‘Bike to the Moon’ campaign. This major fundraising initiative encourages the motorcycle community to raise awareness and funds for the fight against prostate cancer. The campaign, first launched in 2018, was originally called Cycle to the Moon and received an overwhelming … END_OF_DOCUMENT_TOKEN_TO_BE_REPLACED 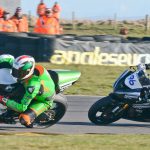 The motorcycle race season at Anglesey Circuit begins Sunday when the Wirral 100 Motor Club make their first of their four 2019 visits.  The race format for the meeting will follow the club’s well-tested ‘Racing for Sport’ formula, the intention being to give the riders and spectators as much track action as possible in the time available. Each class will have two races and at the end of the … END_OF_DOCUMENT_TOKEN_TO_BE_REPLACED 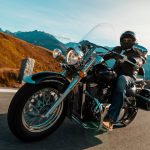 For some, beloved motorbikes have been stored away since Autumn and riders are itching to take to the open road. writes Chris Sykes.  Whether you are a regular rider or burgeoning beginner, here’s Moneybarn’s tips on how to stay safe and still have a thrilling ride. Just remember to carry out the essential checks before you get back on the saddle.   Make sure you have the right … END_OF_DOCUMENT_TOKEN_TO_BE_REPLACED 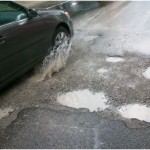 Drivers are still 2.5 times more likely to breakdown due to potholes than in 2006. Despite the generally mild start to winter RAC patrols still dealt with 1,714 breakdowns in the last three months of 2018 that were more than likely caused by potholes or poor road surfaces. This number of call-outs for damaged shock absorbers, broken suspension springs and distorted wheels represented 0.8% of … END_OF_DOCUMENT_TOKEN_TO_BE_REPLACED 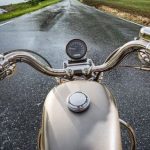 It may not feel like spring, but winter's officially over. And this means that many of us are keen to wipe the dust from our bikes and get them into top shape for the sunnier days that we are eagerly waiting for. Richard Gladman, IAM RoadSmart’s head of riding and driving advice, explains the POWDERY checks you should do on your bike before setting off for your first ride of the … END_OF_DOCUMENT_TOKEN_TO_BE_REPLACED

Volvo has chosen China to build its first EV. The Chinese owned prestige car maker will create a new model for the family and it’s likely to be sold world-wide. You can meet world speed challenger Richard Noble and the Bloodhound SSC team members at their Bristol technical centre on Monday 1 May. There’s even a simulator of the car destined to be the fastest ever on earth which you can … END_OF_DOCUMENT_TOKEN_TO_BE_REPLACED 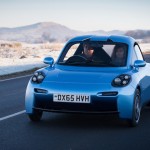 Riversimple has raised over £1.1 Million through crowd-funding. Now the Rasa-model fuel-cell powered car designed in Wales can move closer to reality and series production before being leased to the first users. IAM RoadSmart and participating local groups across the country are embarking on a major free giveaway to riders to coincide with the start of spring. Most of IAM RoadSmart’s … END_OF_DOCUMENT_TOKEN_TO_BE_REPLACED