You are here: Home / Education / Bikers urged to ride to the moon for charity 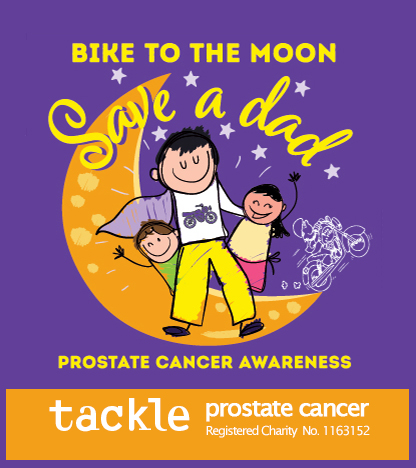 Tackle Prostate Cancer, the voice of prostate cancer patients and their families in the UK, has launched their 2019 ‘Bike to the Moon’ campaign.

This major fundraising initiative encourages the motorcycle community to raise awareness and funds for the fight against prostate cancer.

The campaign, first launched in 2018, was originally called Cycle to the Moon and received an overwhelming response from the cycling community.

This year, Tackle has expanded on Cycle to the Moon, welcoming the motorcycle community to join their mission to raise £1 for every mile it takes to get to the moon, £250,000 in total. In addition to raising funds the campaign also aims to encourage men at risk of prostate cancer to get tests and earlier diagnosis.

Members of motorcycle clubs throughout the UK can organise their own event as an individual, with friends, club members and family. Interested clubs or individuals can organise a ride in their local area, set distance and fundraising goals for their event and do it at any time during the year, although Tackle is aiming to have as many sign-ups as possible by Father’s Day 16 June 2019.